Opinion is divided on whether or not we should ignore Donald Trump’s regular, seemingly obsessive, tweeting and focus instead on what his administration is really doing. But political editor Dr Martin Hirst argues that Trump’s tweets are the U.S. President in action.

THOSE IN THE MEDIA arguing we should ignore Donald Trump’s sometimes weird, poorly-parsed 140 character missives point to other things Trump and his top advisors are doing or trying to do, and say that’s where our attention should be.

However, I think if you look closely, there is nothing to Trump’s Presidency except his tweeting.

The "ignore the tweets" crowd make the point that Trump’s tweets are a distraction designed to take scrutiny and critical attention away from the undemocratic policies he is pushing in Washington. They also suggest that the purpose of Trump’s erratic and sometimes offensive tweeting is to rally his supporters; his "base" among the many redneck Republicans and so-called "Reagan Democrats" – white, working-class voters – who voted for him. These are the “Trumpkins” — the rusted-on supporters who call him their "God Emperor" and are only half-joking. 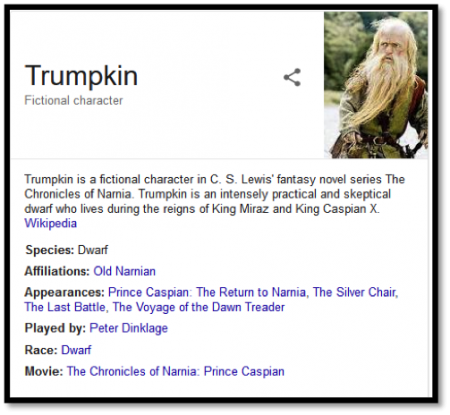 There is no doubt that the tweets do, to a degree, energise Trump’s base — but they alienate far more than they excite. His popularity rating is now hovering in the mid-30s and the "Make America Great Again" (MAGA) crowd is quite small and mostly confined to a white nationalist fringe that is not gaining much traction.

For example, a KKK rally in Charlottesville, Virginia last weekend, attracted only 50 Klan supporters and over 1,000 anti-racist counter-demonstrators. If Trump’s base is being mobilised by his dogwhistle tweeting, then they are only showing it in private, not on the streets.

Supporters of the "ignore the tweeting" camp say that Trump is deliberately pumping out the outrage and confected offence in order to keep the media occupied, and away from the more serious and nefarious plans he has to turn the United States of America into the Principality of Trumpistan.

On the other hand, there’s an argument that Trump’s tweets represent the "thoughts" of the United States President and should be taken seriously. His own staff are now also running with this line, arguing that President Trump is taking his message straight to the American people and needs to do this because the news media distorts his words and does not report the great things he’s doing to "Make America Great Again".

Then there’s the evidence that at least two people (only one of them Trump, obviously) are tweeting from the President’s @realdonaldtrump Twitter handle. According to this Washington Post analysis, the anodyne "boilerplate" tweets are coming from an iPhone and the angrier, more emotional tweets are from an Android device. I wonder which phone is in Trump's hands...

So, what should we do?

I’m in the "take it seriously" camp myself. Trump is a prolific tweeter and doesn’t hold back. Most of his tweets are personal; they are used to attack his opponents and to heap praise on his supporters. It seems that he is using Twitter as a personal megaphone and his incendiary tweets about #FakeNews and attacks on the mainstream U.S. media are dog whistling to his supporters. But that’s not the only issue Trump tweets about.

In his tweets, Trump continues to insist that there are great plans afoot to "MAGA" in health care, tax reform, defeating ISIS (famously, “within 30 days”), building the infamous wall and bringing jobs back to America.

Trump is famous for his late-night-into-early-morning "tweetstorms" and he appears to prefer that form of communication over actually fronting the media to do a press conference.

Perhaps we reached Peak Trump with this disturbing tweet instead of a news conference that was posted when he returned to the USA from the G20 meeting in Hamburg last weekend (10 July):

The clip Trump linked to does not have the slick production values of Hitler’s personal "Instagrammer", Leni Riefenstahl, but it has the same intent. It is the tweet of a literal God Emperor — or of someone who regards himself in such a light.

But no, it’s not Peak Trump — it can’t be, it’s only been six months. There’s another 3½ years of this and another election cycle to get through.

We need to heed Trump’s tweets, because the simple truth is that none of the great plans Trump keeps announcing and tweeting about is actually happening. He is talking up his agenda, but not accomplishing anything. Trump is not distracting us from anything because, outside of the tweets, his plans are pretty much stalled.

In the real world – rather than in Trump’s delusional mind – the president is actually losing on several fronts.

My use of social media is not Presidential - it’s MODERN DAY PRESIDENTIAL. Make America Great Again!

In no sense can Trump be said to be winning.

The bottom line is that the Trump administration is failing at the basic job of running the country. Trump’s agenda is failing. The only place where the President is succeeding (though it’s a negative success) is in hollowing out the bureaucracy, by leaving hundreds of key senior roles across key agencies vacant.

Trump appears to have no real idea about what a president is supposed to be and do, but he believes that his tweeting is very “modern day presidential”.

Trump’s tweets are his presidency so far — and he wants the world to know that.

I also don’t think that the media is ignoring everything else by reporting and analysing Trump’s tweets. I’ve been following this story pretty closely since the inauguration and my view is that (with some exceptions) the news media is holding the 45th American President to account and also covering what he is doing.

An article in the Los Angeles Times, 'Everything President Trump has tweeted (and what it was about)', encapsulates all of Trump’s tweets since January and puts them into context.

Trump’s tweets are policy-making on the run, but that is all we’ve got right now because no policy is being made anywhere else.

Everything President Trump has tweeted (and what it was about) - Los Angeles Times https://t.co/bGykWKKsKO pic.twitter.com/C5jhDF9mv1

In a Reddit forum dedicated to Donald Trump, at least 6,000 posts glorify him as "God emperor" https://t.co/kf42I9X33N