Nothing should stall debate on a republic in the lead-up to a possible referendum in the next term of Parliament, writes David Muir.

TOO OFTEN, politicians defer or shut down debate on certain issues by claiming “the time is not right” or “there are more important things on our agenda”.

These excuses ignore the fact that governments at all levels right across the nation make decisions every day on a range of different issues, some big, some small.

They also sell Australians short. We all can and do juggle different issues each day and are capable of making big decisions, or at the bare minimum discussing the pros and cons of various issues while others are on the boil.

In general, it is people who do not want a republic who most regularly trot out the excuse of needing to focus on something more immediate and allegedly more important.

We have not really discussed the republic issue widely since the referendum in November 1999 which failed when the wrong model was offered to voters. 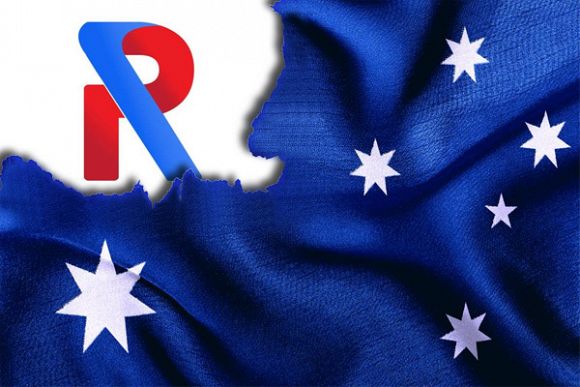 The biggest roadblock to even talking seriously about a republic has been the unwillingness of a succession of prime ministers to put the issue on the public agenda.

Paul Keating used the Prime Minister’s Office to set the agenda and start the debate by outlining a plan that was meant to lead to a republic by the Centenary of Federation in 2001.

Mr Keating also sat down with our then Head of State, the late Queen Elizabeth II, at Balmoral Castle to brief her. She apparently took it quite calmly and did not view it as a personal attack, declaring it to be a matter for Australians to decide.

When John Howard moved into the Prime Minister’s Office after defeating Keating in 1996, he finished the job his predecessor had started by delivering on a commitment he had made in opposition to hold a “people’s convention” — which ultimately became the February 1998 ‘Constitutional Convention’.

At the end of that Convention, Mr Howard, then Prime Minister, agreed to put the republic idea to a referendum in November 1999.

Cynics suggest Mr Howard not only finished what Mr Keating had started but also made sure he finished off hope of a republic by putting to the 1999 referendum a model quickly dubbed in material pushing the “No” case as a “politicians’ republic” that was well out of step with what Australians wanted.

Newspolls leading up to the referendum showed voters preferred a directly elected head of state well ahead of the model that emerged from the Convention — appointment of the head of state by a minimum two-thirds vote of the Federal Parliament. 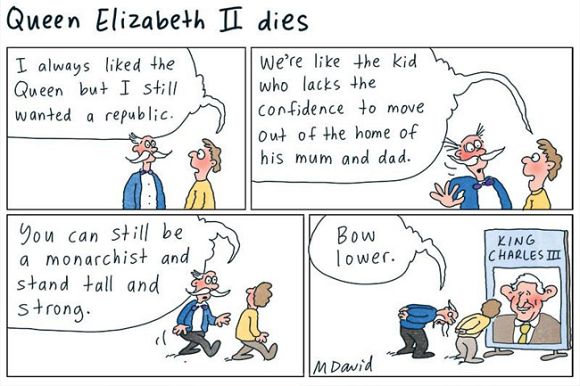 The British Monarchy offers nothing of value to Australia, its citizens and especially its Indigenous Peoples.

That model couldn’t even muster majority support among the 152 elected and appointed delegates. The vote on the last day of the Convention saw 73 delegates voting in favour of the model, 57 voting against it and 22 abstaining.

As a delegate from Queensland elected on the ticket of direct-election advocate, the late Clem Jones, former Lord Mayor of Brisbane, I believed then as I do now that only a real direct-elect model can secure sufficient support at a referendum.

The Real Republic Australia, which emerged after the failed convention and referendum, has always advocated for a republic with a genuine directly elected head of state.

We offer a model under which any Australian who meets eligibility criteria can seek to stand for election as head of state in a nationwide ballot.

We do not support the appointment of our head of state by politicians or parliaments.

We do not support politicians handing down to voters a list of approved candidates from which they can take their pick. That is not a real direct election

Our new discussion paper, ‘Your Choice/The People’s Choice’, outlines the key features of our model and is designed to encourage public debate about an Australian republic.

In the past two decades and more, none of our national leaders has sought to spend any of their political capital or personal energies on fostering a republic debate. 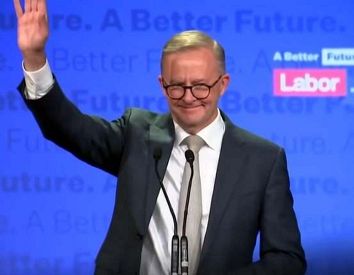 A period in which Queen Elizabeth has celebrated her Platinum Jubilee for a new government to be discussing an Australian republic, but the Federal Election changed the debate.

Not even declared republicans like Malcolm Turnbull – a former head of the Australian Republic Movement – moved the debate forward when Prime Minister, preferring to stall by claiming any discussion of a republic should wait until Queen Elizabeth II’s reign ended.

There is now no excuse — in fact, there never was. In reality, it was a cop-out for a failure of leadership.

That was proved when new Prime Minister Anthony Albanese jettisoned the go-slow approach and – while Queen Elizabeth was still on the throne – appointed an Assistant Minister for the Republic, Matt Thistlethwaite.

The Government will prioritise the Voice to Parliament this term, but Thistlethwaite says there are benefits in starting discussions on a republic so that when a referendum arrives (and if the Albanese Government is returned) voters will be far better informed.

That, too, is the purpose of our discussion paper.

Informing Australians about how we might become a republic is vital. So, too, is hearing their ideas.

Discussion must be genuine. It cannot be a one-way street. We cannot impose another unpopular model on voters only to have them reject it.

We need to spend time talking through ideas and letting Australians weigh up various republic models.

While we remain confident that they will opt for a directly elected head of state, we take nothing for granted.