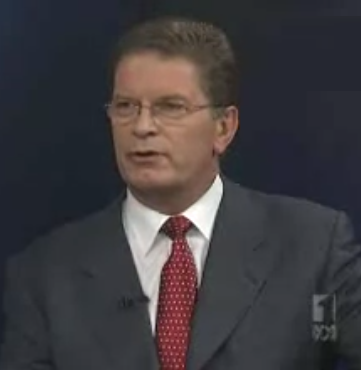 ON FRIDAY, Victoria’s Baillieu Government lost its appeal in the Federal Court to overturn a ban on cattle in the heritage-listed Alpine National Park.

Justice Susan Kenny’s decision amounted to a smackdown when she dismissed all four grounds for seeking a judicial review.

The State Government, via Victorian taxpayers, may be liable for costs.

Four hundred cattle were re-introduced to the park in 2011 as part of the Victorian Government's controversial six-year trial, 'Investigation of fuel and bushfire risk management using strategic cattle grazing'.

The re-introduction was seen as a sop to the Mountain Cattlemen of Victoria for delivering government to the Coalition when their campaign unseated Gippsland East’s Independent MP, Craig Ingram.

The ‘trial’ sparked outrage from environment organisations. The backlash intensified when the ‘trials’ showed extensive damage to the park but delivered little mitigation from bushfires that were generally carried by unpalatable shrubs.

As a result, regulatory changes, formally recognising the significant impact of livestock grazing on the Australian Alps National Parks and Reserves, were made to the Environment Protection and Biodiversity Conservation Act (EPBCA).

In January 2012, the Federal Environment Minister banned cattle from the park, saying it was “clearly unacceptable under national environmental law.” A month later, the Victorian State Dovernment retaliated with an appeal to the Federal Court for a judicial review of the ban.

The outcome was no surprise.

The Baillieu government’s claim that cattle would reduce the bushfire load was seen as a badly executed piece of hokum and denounced as a farce by more than 125 scientists.

The use of a flimsy ‘guise’ to honour its commitment to a few cattlemen resembled a leaf out of the Japanese “scientific” whaling handbook. It consolidated public opinion that Baillieu – once thought of as a moderate - was the worst environmental premier on record. More evidence on this here and here.

Even more ludicrous was the suggestion that the destruction of the park’s fragile mosses, lichens and bogs would be a positive benefit for Victorians — unlike the damage (!?) of wind farms. Draconian new legislation, Amendment VC82, prohibits wind farms being constructed in National Parks or an area thought to have ‘environmental value’.

The mossy peat beds throughout the alpine bogs are gradually recovering thanks to efforts by alpine ecologists and volunteers such as the Victorian National Parks Association (VNPA).

The damage could be clearly seen after only a few weeks of the “trial” on several YouTube videos.

Independent Australia talked to farmer Peter Forster who is Secretary of the Environmental Farmers Network (Australia).

“Most of our members are broadacre farmers and have tried running cattle on our farms. We know how much damage cattle do to waterways so why would you put them in a national park?” he said.