Labor’s win in the Queensland State Election on Saturday confirmed its “safety first” policy managing the pandemic and set it up for another four years of government with an increased majority.

Not long after 10 PM on Election night, Premier Annastacia Palaszczuk was able to claim victory with at least 47 seats in the 93 member Parliament — and six seats in doubt.

Labor in for a strong working majority

Reliable computer projections were giving the party 52 seats – a gain of four – and the Liberal National Party Opposition 34 seats – a loss of four – though it was more complicated than a straight swap. Former Labor Deputy Premier Jackie Trad lost the seat of South Brisbane to the Greens, who were still in contention for two of the “undecided” seats late on the night.

On the crossbench: the Greens were expected to finish with altogether just two; the Katter family’s northern regional party with three; One Nation one; independent one.

Things were further complicated by the high number of postal and absent votes submitted these days, especially because of the pandemic. All parties agreed there was an overall swing to Labor of over 4%, with swings both in the populous south-east and in the wider regions. The swing in the south-east extended even into the Gold Coast and Sunshine Coast tourist areas, where some of the loudest business interests had been campaigning for open borders.

(A worst-case scenario for Labor, unlikely, would see an abnormal slippage of late votes putting it into minority government, one seat short of its majority.) 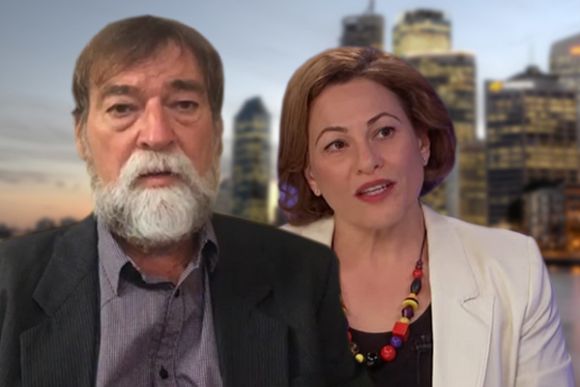 The Election was especially about COVID-19. Labor’s closed border policy to prevent intrusion of the virus into the state saw it confined to very low levels and the policy was complemented with economic recovery projects to be supported by state borrowing.

The Opposition demanded the opening of the borders and put up two huge economic development schemes, so far not budgeted for, set to get going after four years. A side campaign for police curfews on Aboriginal children in North Queensland, also tried in the past, once again flopped; four targeted Labor seats in Cairns and Townsville actually saw swings to the ALP Government.

Message for Scott and Gladys down in Sydney

There is a message here for Prime Minister Scott Morrison, who entered Queensland and campaigned hard for opening the borders, shepherding around the Queensland party leader Deb Frecklington. Did he, promoting business before healthcare, drag her down? Labor spokespersons quickly pointed out he was trying a re-run of his 2019 Federal Election “coal” campaign in Queensland, anti-environmental, but it did not run. Things must have changed somewhat.

His Sydney friend, New South Wales Premier Gladys Berejiklian, also intervened in the Queensland campaign to demand open borders. If translated, Queensland’s message to this Premier, who has been getting laughed at north of the Tweed, would be a plain-spoken few short words.

Annastacia Palaszczuk’s Election night speech began recounting and regretting the hardships of the pandemic, especially to persons separated from loved ones.

It then came up with some ideas about democratic government neglected around the world over the last few decades:

“It has not been an easy year... but Queensland stood strong and united and got on top of the coronavirus. We kept Queenslanders safe and will continue staying strong... The general principle is that we all want the best for each other.” 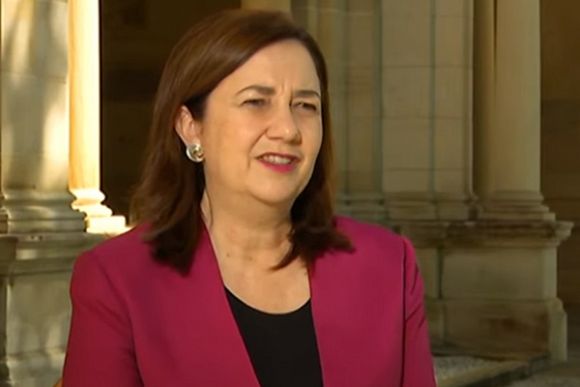 It was the opposite of that other strong woman politician and conservative ideologue in chief, the late Baroness Margaret Thatcher, setting out her “general principle”:

“...there's no such thing as society. There are individual men and women and there are families.”

A third strong woman politician, Senator Pauline Hanson, saw halving of the votes for her minority One Nation party on Saturday, down from 13.7% to just under 7%. She had gone for the radical-Right, business-first line on borders, the same as mining magnate Clive Palmer, who laid on a huge advertising campaign for his private political party, getting under 1% of the vote.

A conclusion from the voting: People want to be protected from the disease and will put up with measures like border closures and lockdown. They think, if you open up regardless, as demanded by moneyed interests with the conservative political parties as their agents, it will cause new flare-ups and deaths — and you get a recession anyway. Would that thinking prevail also in the voting on a much greater scale, set to take place in the week ahead, in that country across the Pacific Ocean?

Talking points from the poll

Talking points flowing on from the poll in Queensland:

LNP Deputy Leader Tim Mander passed up a chance to say Labor’s performance was not that much better, especially with federal seats in Queensland, where it fell to under 30% last year. He agreed things were “incredibly disappointing” on Saturday night for his team.

In days of neoliberalism, extreme inequality and billionaires cropping up here and there, can money buy everything? Maybe influence, but not political power, judging from the expensive folly of Clive Palmer this year. Funding a party with no grassroots base in the community appears to produce nothing.

“Fear got the better of people,” he said. One Nation is a party that understands fear, especially fear of change, or Asians and so on. Ashby also complained that the shut-down of regional newspapers had prevented small parties, in particular, from campaigning. He has a point. In most of Queensland, there is no longer any local press.

With the voting over, and not having delivered, will they get a notification from New York? Will even the Bulletin have to go?

Whether it was the Electoral Commission, or Australia Post, or both causing the hold-ups, many ballots were still arriving only a few days before polling. The Senator needs to be seen helping people in the bush, but, even though votes are valid if returned up to ten days after the actual election, electors do worry. Her plea got attention, especially because of the echo from America, where the Trump Administration has been hampering postal votes and declaring them open to fraud — a possible hedge against defeat on 3 November.

The Federal Government to which Susan McDonald belongs does have an ideological distaste for public enterprise, so criticises agencies readily, withholds money, or sends them out to trade as businesses. Australia Post CEO Christine Holgate had a point when she said watches given to senior executives were not bought with public money — she was running a commercial business, even if public owned.

The Opposition could not find funding for this heroic 1930s pipe dream to re-direct the east coast rivers over the Divide for the west. Voters did not seem thrilled.