U.S. President Donald Trump has exhibited many signs of a dangerous mental condition during his time in the White House, writes Lyn Bender.

LONG BEFORE Donald Trump’s election as the 45th President of the United States of America, he showed us who he was. A confabulator, liar, a cheat and a cruel and malignant narcissist. The press reported numerous examples of his racism, misogyny and fascistic values. This was sometimes presented as entertainment and as a source of mirth. Trump’s lack of political experience and knowledge was lauded as an asset. His rude ruthless delivery was applauded as “what you see is what you get”.

‘If someone shows you who they are, believe them the first time.’

There is a phenomenon known as hiding in plain sight.

It has been used to describe German resisters and Jewish people surviving the Second World War while masquerading as ordinary Germans. They lived under the very noses of the Nazis in Germany.

A more sinister example is the assailant who joins the search party to look for his victim. 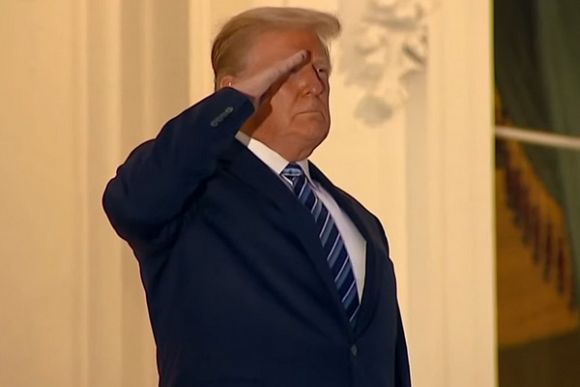 Since becoming infected with the deadly virus that has taken more than a million lives worldwide, President Donald Trump has recklessly downplayed the seriousness of the threat.

Trump plays his part in destroying lives while claiming to be a saviour. He gaslights us, saying all criticism of him is a lie. He lies about his lies.

Repeat a lie often enough and it becomes true. This was attributed to Joseph Goebbels, Minster of Propaganda in the Third Reich and is how liars create an illusion of truth.

‘Never to admit a fault or wrong; never to accept blame; concentrate on one enemy at a time; blame that enemy for everything that goes wrong; take advantage of every opportunity to raise a political whirlwind.’

Trump? No, it’s an analysis of Adolf Hitler.

As the virus threat grows and as death rates climb, Trump declares falsely the virus is rounding the corner.

Donald Trump has shown us who he is, but then claimed that he is a true American — the “chosen one”. Many beg to differ, declaring that he is not the Messiah, just a very incompetent President. Stealing Ronald Reagan’s slogan, he has invented his identity as a person who will “Make America Great Again”. He has embedded himself amongst followers who wear his MAGA caps and scream “four more years” on cue at rallies.

But Trump has no concern for the America he claims to love. Nor does he care for his followers whom he entices to attend tightly packed, coronavirus-spreading events and rallies, without masks. 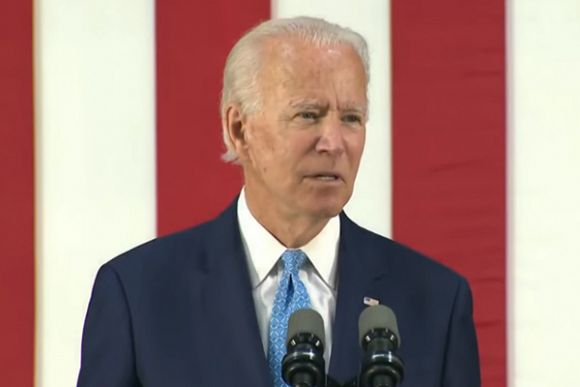 Reasons to be hopeful for a Joe Biden victory

Polls are leaning towards a Democrat victory in the upcoming U.S. Election, ending the circus that has been the Trump Presidency.

Mental health experts have offered an analysis of Trump as he presents publicly. They have declared that he is a real danger. Over the last four years, American psychiatrists have spoken out as part of a duty to society. This is despite the Goldwater Rule, which was adopted by the American Psychiatric Association (APA). Republican presidential candidate Barry Goldwater sued a publication for soliciting and publishing psychiatric opinions for which he hadn’t been personally assessed. He did not win the presidency but successfully sued the magazine. This led to the prohibition of analysis and diagnosis – at a distance – of political candidates and others by the APA.

In a review by Alan Stone of Yale psychiatrist Bandy X. Lee’s book, ‘The Dangerous Case of Donald Trump: 27 Psychiatrists and Mental Health Experts Assess a President’,  the Goldwater anti-political rule emerges as highly political. It seems the APA was conservative and in sympathy with the Republican candidate.

In Lee’s book, Donald Trump is assessed as being a danger to American society and the world. The office of President means he has access to the world’s most powerful military arsenal. The experts are fearful due to his instability and diagnostic issues. They believe that they have a duty to warn the people, asserting that the Goldwater Rule amounts to a gag. It leaves it open to unqualified people to make assessments of Trump’s mental state.

In an epilogue to the book Noam Chomsky writes:

‘The two greatest threats to the planet, are global warming and nuclear holocaust, and Trump is a menace on both counts. You do not have to be a psychiatrist to believe that.’

Do psychologists and psychiatrists have a duty to warn? Is there an ethical-moral obligation to speak out about injustice?

The Australian Psychological Society Ethical Guidelines state that confidentiality is not absolute.

One should in fact break confidentiality:

‘...if there is an immediate and specified risk of harm to an identifiable person or persons that can be averted only by disclosing information.’

In the USA, Section 7.3 in the Principles of Medical Ethics with Annotations Especially Applicable to Psychiatry, which became known as the Goldwater Rule, states:

“...it is unethical for a psychiatrist to offer a professional opinion unless he or she has conducted an examination and has been granted proper authorisation for such a statement.”

The [Goldwater] episode and the subsequent adoption of Section 7.3 appear to have dampened the enthusiasm of most APA members for a repeat performance, leaving psychiatric diagnosis to the media.

Trump has been responsible for a catastrophic response to COVID-19. Trump discredits experts, calling Dr Anthony Fauci an idiot. Over 236,000 people have died in the U.S. and rising. Trump discredited the use of masks and held non-distanced rallies against expert advice.

Washington Post journalist Bob Woodward has conducted extensive interviews with Trump and people in the White House. He reports that Trump consistently ignores expert advice that goes against his personal views.

This has resulted in a failure to implement appropriate measures to manage the pandemic and a failure to warn the American public. Trump states in an interview with Woodward that he knew that the virus was very dangerous, airborne and highly contagious but he didn’t want to panic people (or the stock market).

So what is my point? Trump can no longer be given any benefit of the doubt.

In predicting risk of harm, past and repetitive actions are the most reliable predictor of future actions. Words and stated aims are also serious indicators.

As a psychologist, I would consider these – among other criteria – as extremely important in assessing a threat.

Trump has incited violence, failed to condemn White supremacists in America, bragged about and been accused of multiple sexual assaults. He has made dangerously misleading claims about the virus, including that it was a Democrat hoax. The failed bankrupt businessman is now a failed President. He may have exposed fissures that were already deeply present in American society, but he has fostered ongoing harm.

Trump also promotes an outdated malevolent archetype of what it is to be a man, sans empathy and emotional understanding,

Trump is ultimately an empty confidence artist and trickster, only interested in doing deals that facilitate his grandiose fantasies. His former lawyer, Michael Cohen, describes himself as having been a victim to Trump “derangement syndrome”.

Which leads to this question: should we be concerned about our current Prime Minister who fails to be accountable for the “possibly” corrupt dealings of his ministers? Scott Morrison openly admires the charlatan President and claims to have sought Trump’s advice on opening up Australia.

But that’s another story.