How technology dehumanises us (Part 2)

Technology has a greater potential for destruction than ever before, says Matthew Mitchell, so it’s time to properly master them — and thereby our own destiny. 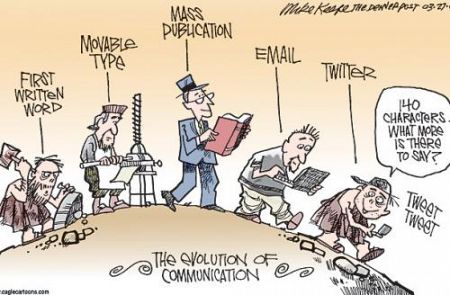 WISDOM is a concept commonly referred to in regular conversation and speech. But what does one really mean when one refers to wisdom? Are current generations “wiser” than earlier ones due to our greater access to information, or our superior scientific and technical knowledge? As such, do we have sufficient wisdom to manage our own technological development? It was suggested in Part I that there are serious problems with society’s management of technological progress. So what can be done?

The famous economist E.F. Schumacher is one who discusses the role of wisdom in this context. In doing so, he separates the concept of wisdom from mere scientific knowledge with the following statement:


‘The maps produced by modern materialist scientism leave all the questions that really matter unanswered. More than that, they do not even show the way to a possible answer: they deny the validity of the questions. The situation was desperate enough in my youth half a century ago; it is even worse now because the ever more rigorous application of the scientific method to all subjects and disciplines has destroyed even the last remnant of ancient wisdom – at least in the Western world.’ (Schumacher 1977; pg 13)

In this statement, Schumacher refers to “ancient wisdom” suggesting that something has been lost. Note that Schumacher does not attack the scientific method itself (although there are plenty of others who do attack this method, or the lack of it, in modern science eg. Joel Salatin, Henry Bauer, Jeff Schmidt), but he does appear to distinguish wisdom from mere know-how. In this regard, he quotes Dr Victor Frankl who states:


‘The present danger does not really lie in the loss of universality on the part of the scientist, but rather in his pretence and claim of totality ….’

Perhaps the distinction Schumacher is drawing between wisdom and knowledge can be better understood by reference to his earlier book “Small is Beautiful” (rated in one of the top 100 most influential books written since WWII by the Times Book Review). In this, he states:


‘[… ] scientists never tire of telling us that the fruits of their labours are ‘neutral’: whether they enrich humanity or destroy it depends on how they are used. And who is to decide how they are used? There is nothing in the training of scientists and engineers to enable them to take such decisions, or else, what becomes of the neutrality of science?’ (Schumacher, 1974; pg 86)

The neutrality of science claim is analogous to the common claim today that technology is not good or bad, it just depends on how it is used.

Postman (1993) expresses his own sentiments in relation to the neutrality of technology:


‘Most people believe technology is a staunch friend. There are two reasons for this. First, technology is a friend. It makes life easier, cleaner and longer. Can anyone ask more of a friend? Second, because of its lengthy, intimate and inevitable relationship with culture, technology does not invite a close examination of its consequences. It is the kind of friend that asks for trust and obedience, which most people are inclined to give because its gifts are truly bountiful. But of course there is a dark side to this friend. Its gifts are not without heavy cost. Stated in the most dramatic terms, the accusation can be made that the uncontrolled growth of technology destroys the vital sources of our humanity. It creates a culture without a moral foundation. It undermines certain mental processes and social relations that make human life worth living. Technology, in sum, is both friend and enemy.’ (p. xii)

Schumacher continues on to say:


‘Science and engineering produce “know-how”; but know-how is nothing by itself; it is a means without an end, a mere potentiality, an unfinished sentence. Know-how is no more a culture than a piano is music.’ (Schumacher, 1974; pg 86)

So, perhaps wisdom is what we use to guide our decisions on how to apply our knowledge? In this case, Schumacher (1974) goes on to discuss whether or not learning the humanities can provide people with the appropriate ‘training’ to decide on how to (and whether to) apply new technology. In this sense, he suggests that education can assist us in making these decisions. In short, he suggests that philosophy and meta-physics play a key role in dealing with these questions:


‘[…] philosophy has been defined as the love of, and seeking after, wisdom. Socrates said: “Wonder is the feeling of philosophy, and philosophy begins with wonder […] no god is a philosopher or seeker after wisdom for he is wise already. Neither do the ignorant seek after wisdom; for herein is the evil of ignorance, that he who is neither good nor wise is nevertheless satisfied with himself.' (Schumacher, 1977; pg 15).

Schumacher then quotes as follows:


‘a philosophy comprehensive enough to embrace the whole of knowledge is indispensable.’ (Schumacher 1977, pg 16)

Thus we appear to have wisdom (philosophy) sitting metaphorically ‘above’ knowledge and encompassing it.

Schumacher (1977) includes a criticism of recent European philosophers. He singles out Descartes (1595-1650) as a particularly influential philosopher in this regard and quotes Descartes:


‘Those who seek the direct road to truth should not bother with any object of which they cannot have a certainty equal to the demonstrations of arithmetic and geometry.’ (pg 17)

This claim is very much at odds with the ideas of Schumacher, who argues that questions concerning uncertainty are of critical interest for humanity. He also quotes Descartes on a tenant of his philosophy which we know now to be particularly vulnerable on at least two fronts. The quote is in relation to his proposed method of reasoning. Descartes proposal is to:


‘...reduce involved and obscure propositions step by step to those that are simpler, and then, starting with the intuitive apprehension of all those that are absolutely simple, attempt to ascend to the knowledge of all others by precisely similar steps.’

The criticism now made by Schumacher of this philosophical approach is perhaps more apparent in today’s world than in Descartes period. Schumacher declares Descartes’ approach “frighteningly narrow” as Descartes excludes all knowledge and ideas that are not precise and certain. Derek Jensen and George Draffan make similar accusations in their 2004 piece Science, Surveillance and the Culture of Control. However, even if we take this narrow philosophy we can easily identify the two vulnerabilities alluded to above. The first is that, despite claiming to be a system of rational reasoning, at its most fundamental level this system relies on one’s intuition (“intuitive apprehension”). Descartes relies here on the simplicity of the propositions, however, history has shown that even simple propositions that are apparently obvious can be wrong. A famous example of this is Euclid’s postulate that two parallel lines can never cross (Lewis 1920). This was accepted by mathematicians for over two thousand years as ‘intuitively obvious’ until it was found to be incorrect when applied in the domain of quantum mechanics (it turns out Euclid’s assumption only applies in the special case of a plane, it does not apply to hyper planes where space can be twisted).

The second vulnerability arises from Gödel’s theorem which raises the possibility that a system, such as that proposed by Descartes, may not allow one to ascend to knowledge in the way that Descartes claims, and in fact may allow one to ascend to knowledge that is internally inconsistent. However, it seems that in the final analysis Descartes and Schumacher are interested in two entirely different things.  Descartes’ interest is primarily that humankind should become “masters and possessors of nature” (pg 18) whilst Schumacher is more interested in values for guiding human decision making. These differences in purpose appear to shade the perspective of each. Perhaps a crude characterisation of the two can be provided by considering a continuum ranging from practical knowledge at one end to meta-physics at the other. On this scale, Descartes may be closer to the practical end whilst Schumacher appears closer to the metaphysical end. Schumacher also regards metaphysical knowledge as ‘higher’ than practical knowledge — in the sense that the use of practical knowledge is subordinate to and guided by higher knowledge (or wisdom). At the practical end of the scale, we focus more on what can we do (or how do things work in the realm of science). While Schumacher is more interested in higher (meta-level) moral and value questions such as what should we do? Schumacher suggests that just because we can do something, does not necessarily mean we should.

In relation to the proper role of philosophy, Schumacher (1977) quotes Etienne Gilson:


‘It is its permanent duty to order and regulate an ever wider area of scientific knowledge, and to judge ever more complex problems of human conduct; it is its never-ending task to keep the old sciences in their natural limits, to assign their places, and their limits, to the new sciences; last, not least, to keep all human activities, however changing their circumstances, under the sway of the same reason by which man alone remains the judge of his own works and, after God, the master of his own destiny.’ (pg 20).

Schumacher seems to believe philosophy provides us with a path to wisdom and should guide us in relation to our goals. What these goals are is again a philosophical question and he proposes that traditional wisdom provides the following answer:


‘Man’s happiness is to move higher, to develop his highest faculties, to gain knowledge of the higher and highest things.’

Schumacher’s arguments are echoed in many more recent criticisms in relation to technology. For example, Jensen and Draffan (2004) make the following statement as an assessment of the state of science in the absence of higher-level regulation as suggested by Schumacher:

Winner (1992) also comments on this theme, but on the poorly controlled and directed application of technology:


‘[…] a continuing and ever-accelerating process of technical innovation in all spheres of life, which brings with it numerous ‘unintended’ and uncontrolled consequences in nature and society […] the same technologies that have extended man’s control over the world are themselves difficult to control. Recognition of this fact is not limited to the critics of technological society. It extends to the most highly developed sectors of big technology where the science of cybernetics and an obsession with “command and control” have been responses to internal difficulties of this sort.’ (pp 28-29)

Many might argue that this obsession has only grown worse since winner made this statement in 1992. Technology is still out of control, but now it is even more powerful, and with more potential for destruction than ever before.  Perhaps it is time to consider how we can become master of our technologies, and in doing so, our own destiny?