Google is set to survive in Australia, but bigger problems await

The signs suggest that the Australian Government and Google are close to a compromise, writes Paul Budde.

THE MAIN demands made by the Government stay in place, but some of the details will be changed. This allows the Government to claim victory, while the damage to Google will be limited.

Publishers will in one way or another be paid for news, either through a payment based on the value of the news and the value of the Google search facility. An arbiter in the middle will come up with fair arrangements.

The other option will be for publishers to use Google’s News Showcase based on a partnership between Google and publishers and get paid that way. Several Australian publishers have already signed up to this service.

It was interesting to see the tactics that were used in this power play. Microsoft became involved at its highest levels, indicating to be more than willing and able to offer an alternative with its Bing search engine. If it had come to that, this obviously would be one of the few alternatives for Australia. 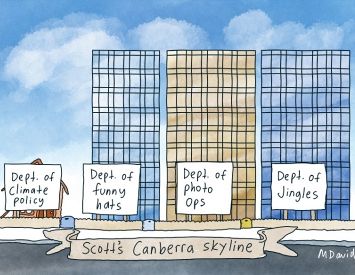 Google versus Australia: The war is on

But let’s be honest it is not for nothing that Bing only has a 4 per cent market share, while Google has a 90 per cent market share. Whatever way you look at it, Google is by far the more superior product. It would not have been a good outcome if Google would no longer be available to Australian users.

Furthermore, it would be extremely destructive for tens of thousands of Australian businesses who to a large extent depend on Google for advertising.

While all of this is positive, at the same time it is not taking away the broader issues of monopolies such as Facebook and Google. It has already become clear that it will not be enough to just regulate the existing giants. We need to look at the underlying elements, being their platforms.

The competition regulator in Australia, the ACCC, has already flagged the dominance of Google in the advertising market and now we are getting more to the core of the problem. While most will look at Google as a search engine company, it is equally an advertising company. This is where it makes its money.

As we have seen in recent years the advertising principle – that is, maximising clicks – are often in conflict with social values. The algorithms favour fake news, conspiracy theories and criminal intent as these increase exposure for their advertising.

These algorithms also create echo chambers often used to only emphasise the fake news and conspiracies, in the meantime gathering more market exposure for Google and its advertisers.

Using search, maps, YouTube and so on, they gather massive amounts of personal data from its users in order to make their advertising product more effective. 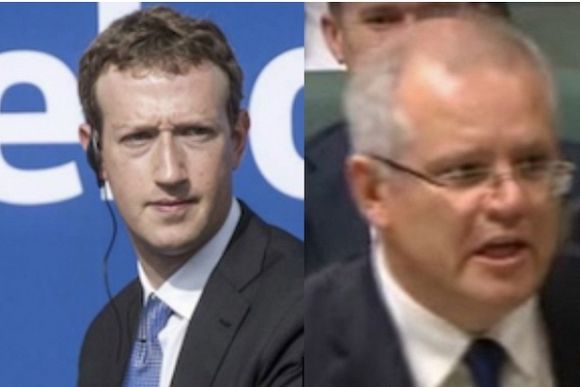 Facebook, Google in the firing line: Breaking up the digital giants

Calls to break up the tech-giants are increasing, particularly since the failure to stop the live-streaming of the Christchurch massacre.

The current business models of the digital companies are not only undermining competition but also eroding privacy and many of the core issues of our democratic institutions.

The digital giants are predominantly American businesses. They are totally driven by profit and thus have been able to abuse their market position in relation to privacy and competition matters. By doing so, they now have market capitalisations that are totally out of any economic proportion. This might be a fleeting achievement but in the long-term, it is unsustainable.

The power that they have gained allows them now also to dictate the supply line, allowing them to extract "rent" from their suppliers, as they have little choice than to adhere to the terms and conditions of these platforms.

Amazon, Uber and Airbnb are all under investigation somewhere in the world for such practices.

Obviously, these platforms are immensely useful for our societies and economies, so we don’t want to get rid of them. The importance of these platforms has become very clear during the pandemic, as they have become essential national and international infrastructure.

As the Europeans argue, the platforms eventually will have to become neutral on which a range of business models can be built independently and in competition with one another. These neutral platforms can be used by the digital giants, other businesses, as well as by governments, communities and so on.

Unravelling these complex issues and building new principles around platforms could easily take a decade or more, so we better get on with that job. We might need to look at a structural separation between the platforms and the services provided on top of them.

The social media companies are very much aware of the political pressure that is building up around the world. This is a real threat to their business models. They are working on internal systems to address these issues. However, it is unlikely that they are prepared to go deep enough to keep the regulators away.

Both in the U.S. and in Europe, serious plans are underway to curb the power of these companies. The new U.S. Government is proposing changes to section 230 of the Communications Decency Act 1996. 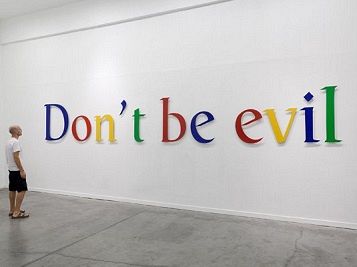 Google’s recent systematic purge of websites of non “well-established” content is just one sign of its intent to manipulate global opinions.

It classifies internet companies as telecoms companies, therefore making them exempt from content laws. The proposal is now to make changes to section 230 and render digital platforms responsible for harmful and criminal content.

Beyond that, to address the platform issues in America, this will require an overhaul of their anti-trust scheme as the current regulatory system is unfit for the current digital environment.

The OECD is another organisation focusing on these companies in relation valuation of digital innovations and taxation.

While Google in Australia might be off the hook for now, there are many more international actions planned to address these issues.

As the Australian case shows, these digital giants are now big enough to challenge and even threaten sovereign governments. The longer we wait with reigning in these powers, the more governments can be intimidated by these companies and the more difficult it will become for governments to come up with decisive action.

On the other side, all these actions by governments and regulators should be a warning sign for those digital moguls. They are accountable to their shareholders. Those shareholders could lose significant amounts of money if these companies are put under stringent regulations.

Perhaps a better outcome for them would be to accept the social and economic responsibilities of their businesses and support them to change their business model to better reflect their role in our society and our economy.