For most Americans, the Trump nightmare is nearly over

For the past two weeks, millions of Americans have been living in an alternative universe. As Dr Martin Hirst reports, their comfortable bubble is about to be burst.

THERE IS A PARALLEL PLANET where Donald Trump supporters can comfortably believe that their hero and saviour will rise from the electoral dead to claim a miraculous victory over the Satan-worshipping, paedophile-protecting Joe Biden.

In this fantasia, Trump will get four more years in the White House, the swamp will self-drain and Donny junior’s coke habit will not eventually cause his brains to leak out of the stump of his nose.

The apotheosis of this ghoulish dream occurred on Saturday when the long-touted “Million MAGA March” brought Trumpers to Washington DC for one last round of “Make America great again” and “f*ck Antifa” chants.

After a flurry of frenzied tweets from march organisers touting his appearance at the rally, Trump did appear, around ten o'clock in the morning. He didn’t say much, just mouthed the words “thank you” from the window of his speeding motorcade. 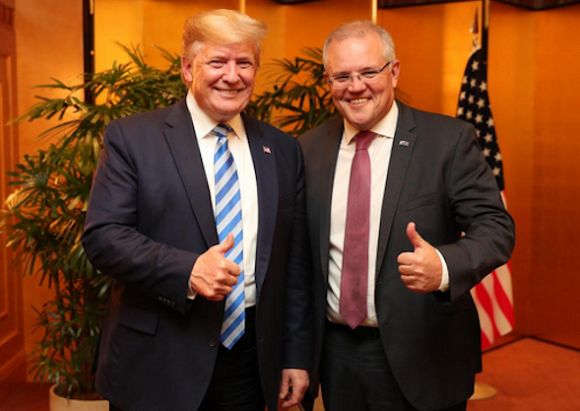 Donald Trump’s assault on democracy is outrageous, but it doesn't appear to trouble Scott Morrison and his Coalition colleagues.

It seems the President had more important things on his mind than rallying the faithful to “stop the steal”.

Yes, Trump intends to finish his term of office in the style in which it started — on the golf course. Instead of speaking to his hopped-up fans, Trump had an appointment at the Bedminister course, one of the many he owns.

The round he played on 14 November was the 246th day he’s spent on the golf course out of the 1,392 days of his Presidency to that date.

It seems that maybe – and it’s a big maybe – Trump is finally succumbing to the brutal (for him) reality that he has lost the 2020 Presidential Election.

We can say this with some confidence because if Trump had any sense at all that he still might force his way through the impasse of losing the Electoral College by a projected 306-232 margin, he would certainly have wanted to address his foot soldiers on their march through Washington.

Trump and many of his closest advisors have been promoting the argument that there was fraud on a massive scale in the 3 November polling. On the night of the Election, Trump appeared to be ahead in key swing states – Pennsylvania, Georgia, Nevada and Wisconsin – but as postal votes and pre-ballots were counted, his lead evaporated.

This is entirely explained by the fact that Democrat voters were encouraged to vote early or by mail because of concerns about the now out-of-control spread of coronavirus infections. On the other hand, Trump spent months denouncing mail-in voting as inherently corrupt and encouraging Republicans to turn out and vote on Election day.

Trump’s strategy has been blatant. He wanted to cast enough doubt on the postal and pre-ballot votes that he could claim they were fraudulent and therefore should not be counted.

This has led to the absurd situation where his surrogates have had to create and promote the idea that there are somehow “legal” and “illegal” votes in play and that if the so-called “illegal” ballots are not counted, then “Shazam!” — Trump wins.

Over the last two weeks, Trump has sent teams of lawyers into the field to wage his legal battles, but unfortunately, they are failing at every hurdle. 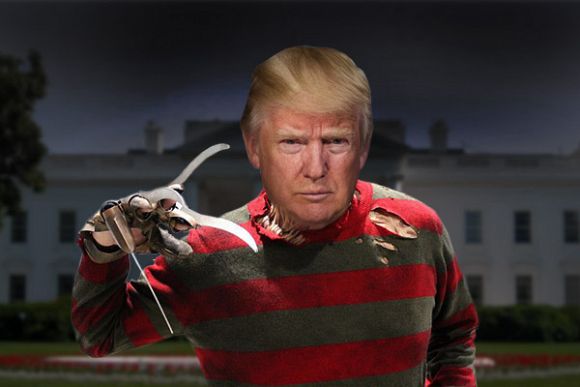 Like Freddy Krueger, the serial killer in A Nightmare on Elm Street, Donald Trump could still return to haunt us.

In 16 suits alleging varying levels of misconduct, mistakes or malignant fraud, Trump’s legal teams have not produced any credible evidence of fraud. In fact, none of them has provided judges with any reason to alter results in any states.

In many cases, the claim is that Republican poll-watchers were prevented from observing the count. But in most of these instances, the affidavits provided by potential witnesses read more like the confused whining of someone who is emotionally hurting but has no idea what they’re talking about.

In other words, they are the delusional ramblings of typical Trump supporters.

Trump’s team is also using another tactic to keep the baseless claim of fraud alive. When a case is dismissed in a state jurisdiction, it is then represented in a federal court. According to legal observers, this is a long-shot hope that somewhere along the line, Trump will come across a sympathetic judge who will give his lawyers the decision they want.

Unfortunately for Trump, quite a few of his lawyers have simply walked away from the cases they were attempting to prosecute. There are rules against lawyers participating in frivolous suits or knowingly continuing with cases that they know are without merit.

The aim of all this legal gameplay is to sufficiently muddy the waters and tie up the counting enough that some Republican state officials and legislatures are able to play out an endgame in which they annul the popular vote and hand-pick an Electoral College delegation that will vote for Trump.

This is unlikely to happen according to most seasoned analysts because it would require at least three states that have been called for Biden to flip. The political downside of doing this is that Republicans at state level might then face such a backlash in their own constituencies that they would be out of office at the next state election.

Can Trump still steal the vote?

There’s also been a suggestion that Trump might shed enough doubt on the results that the decision on an eventual winner might come down to a vote in Congress where the Republicans hold a slim majority. This, too, has been discounted because the mechanics of getting to this point relied on at least one or two successful legal challenges that have not eventuated.

We cannot yet completely rule out the slim possibility that one of Trump’s lawsuits will derail the timeline for confirming the vote. The next key date is 8 December, the so-called “safe harbour” day on which state counts have to be signed off.

If Trump’s lawyers can keep a case active beyond that date, then there could be a situation in which more than one slate of electors from a state claims legitimacy in the Electoral College.

All of these contingencies are remote possibilities, but the question remains why is the Trump team keeping these faint hopes alive?

This brings us back to the Million MAGA March which, by the way, managed about a hundredth of that number.

There are two underlying themes emerging from Trump’s refusal to face reality and his continuing to inflate the hopeless dream of his MAGA base, both of them rely on keeping the illusion of a possible Trump victory alive.

The first is that Trump’s psychology cannot handle the idea of a defeat. What he hates more than almost anything else he hates – and it’s a long list –is being defined as a “loser”. Losing the Election by a margin of over five million votes and suffering a defeat in the Electoral College by the same margin that he won with in 2016 represents an unbearable humiliation.

The second reason is that the Republican Party needs to retain loyal MAGA voters if it is to have any chance at all of retaking the White House in 2024 and even to hold onto its slim majority in the Senate in Georgia’s run-off election on 6 January 2021.

The first scenario is an obvious one for anybody who’s been following Trump. Like most malignant narcissists, Trump’s ego is actually quite fragile and without the constant boost from a compliant coterie of fans, it begins to fall apart.

The second is also plausible because the one consistent trait Republicans have shown over the last four years is their willingness to put aside all of Trump’s belligerence, stupidity and ego-driven tantrums in order to bask in the reflected adoration of his base.

Trump was never going to go quietly and the Republican party was always going to cynically exploit his MAGA base until it has been bled dry. 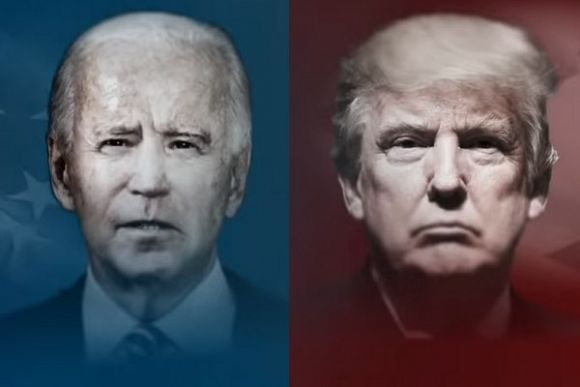 This is why there has been an aggressive fundraising campaign since 3 November. The pitch is that the funds will be used to mount “stop the steal” legal challenges. The reality is that the money is being divided 60-40 between a Trump committee that has no oversight and can funnel cash into Trump’s pocket and the Republican National Committee for campaign purposes.

In other words, just another slush fund.

I’m sure you don’t find this at all surprising.

It also chimes in nicely with the final reason why Trump is so eager to stay inside the White House (apart from the wonderful bunker) — his legal immunity from criminal prosecution.

When (not if) Trump leaves the White House on the day that Joe Biden is inaugurated (Wednesday 20 January 2021), he is facing a slew of investigations and legal jeopardy for some of his actions as President and over business deals that have not been entirely above board.

He gets protection in the White House and this evaporates in about eight weeks.

In other words, the grift is coming to an end. Taxpayers will no longer pick up the tab for his golfing trips and the privileged lifestyle his family maintains. On top of that, Trump has nearly a billion dollars in debt and most of it is due to be repaid next year.

Donny is desperate to stay.

Most Americans are desperate for him to leave.