In this article from 2019, Dr Binoy Kampmark examined the roles of Tony Abbott and Christopher Pyne in Australia's nuclear submarine development and how the French contract was bound to fail.

CALL THEM white elephants of the sea, or the obsolescent reminders of a failed military mind: Australia is providing a potentially large number of these with its planned and misguided obsession with submarines.

It all looked too cosy and neat when Australian leaders moshed and mingled with their French counterparts: a huge, wallet-emptying deal on the issue of getting devices that would have little strategic value.

The Asia-Pacific is seen as getting more dangerous and Australia needs to do something distinctly irrelevant about it.

Hugh White, one of Australia’s veteran China watchers, wishes Australia to have a lethal submarine fleet, with numbers anywhere up to 24, to use against any potential invasion flotilla. The echo chamber is replete with voices keen to satisfy such articulations and Canberra is proving particularly noisy on that subject. 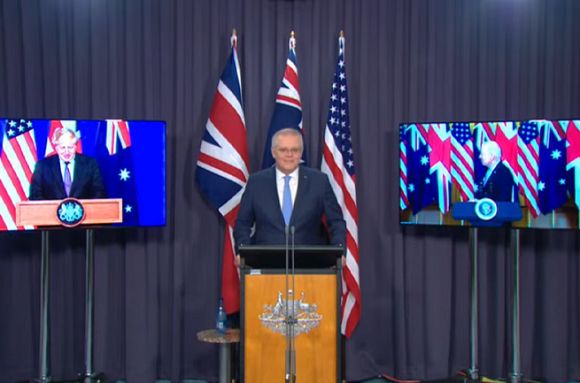 Now, a few reservations have been surfacing with unwelcome force for Defence Minister Linda Reynolds, who was only recently in France where she was hosted by French President Emmanuel Macron at the port of Cherbourg in Normandy. This stands to reason: the Australian submarine contract with France’s Naval Group (previously DCNS) is a costly project that is bound to do more for French military pockets than Australian submariners.

At the unveiling of the nuclear-powered Barracuda class submarine last week, Macron was glowing about his country’s naval enterprise:

Invited to attend the celebratory proceedings, Senator Reynolds spoke of Australia’s submarine partnership with Naval Group as “going from strength to strength".

Naval Group Chief Executive Hervé Guillou, evidently mindful of Macron’s remarks of sovereignty, did not wish for his Australian guest to miss out on the parochial fun:

“Our common future, Minister, for the next 50 years [is] to deliver sovereignty and regional superiority to your country.”

Nice gloss and entirely inaccurate, given the trouble Australia has had with Naval Group over the SEA 1000, notably on when the project will yield fruit. Just to prove the point, Christopher Pyne, when Defence Minister, refused to meet officials from the company while visiting Australia. 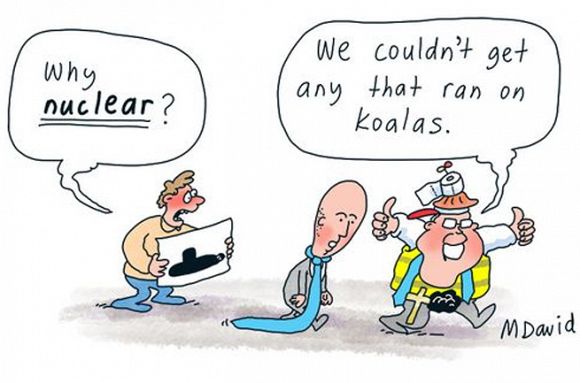 Australia's nuclear submarine deal will be of no benefit to the country in terms of environment or foreign policy.

As his French counterpart, Florence Parly, explained with Gallic generalisation:

"Of course there are cultural differences. You are an Anglo-Saxon country, with an Anglo-Saxon legal tradition — we are a more Latin country, but I think that the teams worked very well together”.

Timing is everything in such matters, and the Royal Australian Navy finds itself facing an unflattering number of delays that risk invalidating the effort. Ever since then-Prime Minister Tony Abbott promised the deployment of the new submarines by the mid-2020s in a heady moment in February 2015, revisions to schedules have had to be made. Kevin Andrews pushed the year back to 2026 or 2027.

Now, the year is a distant 2034, one which does not factor in delays to the French Barracuda project (Parly has attempted to distance that project from the Australian program, citing the emergence of “new [nuclear] norms and controls that did not exist before”).

Derek Woolner and David Glynne Jones have added another note of gloom in a co-authored report making the claim that the $50 billion program is bound to fail if it does not change tack:

'By the time HMAS Attack (the first of the submarines) hits the water in the early 2030s, it’s going to be obsolete.' 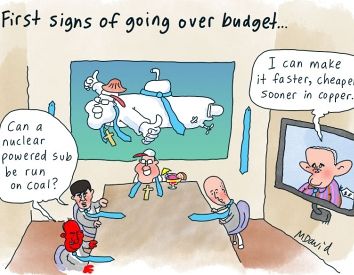 On Saturday, Woolner explained to the ABC:

“A number of countries in the region are already proceeding to build boats around lithium-ion batteries that promise something like five to six times the submerged stealthy performance and a great deal more high-speed performance than you can from a lead-acid battery submarine.”

Woolner further wishes “to see the Defence Force invest in this at a very early stage, to overcome the obsolescence problem that’s going to face the Future Submarine before it even gets into naval service".

Woolner and Jones see submarine history as telling. Australia’s six Collins-class submarines had batteries similar to the German Type XXI Elektroboot from 1943. But then came along the possibility of using lithium-ion main batteries for propulsion purposes, a point that has been picked up by such powers as South Korea and Japan.

The authors note, with rosiness:

Australia’s Defence Department has a rather different view, one mired in dogmatic denial. 'The Attack class,” came a statement, “will be a new design optimised as a conventionally-powered submarine that meets our unique capability requirements'.

Enthusiasm for the lithium-ion battery was premature as it 'is yet to be fully proven at sea'. All could rest easy, as 'Defence continues to make informed decisions on technology and the risks going forward'.

White elephant status is all but guaranteed for the submarines, should they ever see the light of day.

Dr Binoy Kampmark was a Commonwealth Scholar at Selwyn College, Cambridge. He lectures at RMIT University, Melbourne. You can follow Dr Kampmark on Twitter @BKampmark.