In this article from 2018, Belinda Jones highlighted many reasons why Stuart Robert is unfit for a political career.

LAST FRIDAY (12 October), embattled Assistant Treasurer Stuart Robert tweeted that he had ‘repaid’ $37,975 that he had previously claimed as ‘residential internet expenses’.

No apology. No contrition. Just a very matter-of-fact tweet with an air of finality about it. Problem solved. Nothing to see here.

The previous Friday (5 October), Robert’s excessive claims for his home internet costs were exposed. Robert had only recently been resurrected to the Government front bench after being relegated to political purgatory by former PM Turnbull for a previous transgression — breaking the ministerial code of conduct. Scott Morrison and Robert not only share a house in Canberra when Parliament is sitting, but they are close friends who also share the Pentecostal faith.

Gold Coast locals are probably more familiar with Member for Fadden Stuart Robert than most other Australians. Robert, who somehow holds a master’s degree in information technology, is well-known around these parts for being a long-serving local member with a very chequered past, that seems to be ignored every time he’s up for re-election. Though, it is getting more and more difficult for the voters of Fadden to overlook his still mounting indiscretions.

It’s important to note that the safe Coalition Electoral Division of Fadden encompasses some of Queensland’s wealthiest suburbs, such as Sanctuary Cove, Hope Island and Sovereign Island, where most homes have million-dollar super-yachts moored at the end of their private jetties. Robert, who actually lives in the electorate of Wright, is also well-known among locals for his ability to attract wealthy donors to his Liberal-National Party campaigns.

Stuart Robert lies and crony contradicts him at Qld CCC corruption inquiry https://t.co/VqePM8PZR0 @IndependentAus Had did Stuart Robert escape from this without penalty, asks just about everyone on the Planet ??

Robert is no stranger to controversy and his scandal-ridden political career highlights include:

‘Mr Robert has now confirmed that in 2013, Chinese businessman Li Ruipeng presented himself and other Coalition figures with Rolexes during a dinner attended by former Prime Minister Tony Abbott and Liberal Party donor Paul Marks.’

Did Australian intelligence agencies investigate Stuart Robert et al re gift of Rolex watches by Chinese businessman? Watches that were only declared after exposure!#senateqt #auspol pic.twitter.com/64mI5s3FpA

So, when Robert tweeted last Friday that he had repaid an amount, IA double-checked his figures.

Robert was elected as MP for Fadden in 2007 and assumed office on 24 November 2007. Robert served in both Abbott and Turnbull's ministries, holding various portfolios, including Minister for Human Services.

During his time as Minister for Human Services, Robert said:

Stuart Robert was dumped as human services minister in 2016 for helping a donor sign a deal in China while on leave.

Now he quietly pays back $38,000 for misuse of public money...and the Morrison Govt do nothing!

That’s right, as Minister for Human Services, Robert announced the $47 million “Taskforce Integrity”, to track down people who cheat the Government.

In February 2016, Robert was quoted in Business Insider :

“While most people receiving welfare payments are honest and do the right thing, there is a small segment of the community who still think it is okay to cheat the system.”

While Robert was saying all this, he was claiming extraordinarily high internet bills from the taxpayer for his Gold Coast home. Robert claimed that he had connectivity issues despite his semi-rural home being located approximately 15 kilometres from the heart of Surfers Paradise. Robert’s neighbours report being “stunned” by the amount of data usage at their neighbour’s home.

Robert’s residential expenses claims from 11 December 2008 to 30 June 2018 have been calculated by IA below. (He did not claim any internet expenses prior to December 2008.) 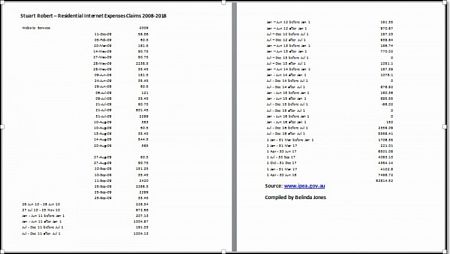 Around the same time, coincidentally, the church where Robert and his family worship, METRO Pentecostal Church on the Gold Coast, launched their Christian TV streaming service. Robert’s wife, Chantelle, is the People’s Pastor at this church; she and Robert are advertising that in 2019 they are hosting a trip to Israel at the cost of $5,600 per person. 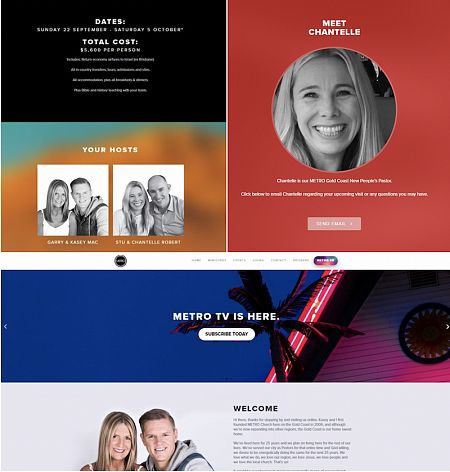 Robert’s residential internet claims were compared with two other MPs — Member for Cook Scott Morrison (who was Treasurer at the time) and Member for Mitchell, Alex Hawke. 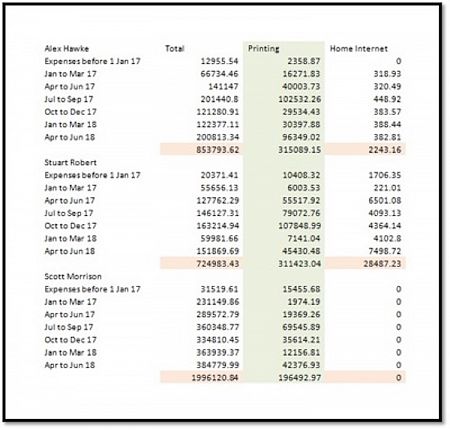 For the period January 2017 to June 2018, the three MPs claimed the following for residential internet:

So, Robert owes a bit more coin than he has paid back to the Australian taxpayer:

This is also a generous figure considering no claims were made by Robert for internet costs in 2008 until December of that year:

And a notice to show cause as to why he should still hold the position of Assistant Treasurer in the Morrison Government given his veritable litany of transgressions.

These seem like reasonable questions to be answered. Good digging by @BelindaJones68 from what I can see - is there still $$ to be repaid by @stuartrobertmp? https://t.co/ngQ5ArcGbw