THOUSANDS OF WOMEN have marched in protest against misogyny and abuse in domestic, political and work environments. Prime Minister Scott Morrison and the Minister for Women refused to join the march in Canberra.

Perhaps Jenny Morrison forgot to let her husband know how it is for women.

But there’s a bigger picture. The feminine in all her aspects is suffering unprecedented abuse. Mother Earth is fighting for life as the sixth extinction crisis takes hold of the world. Climate change and biodiversity loss are threatening not only the future of humanity, but life on earth.

The mainstream media largely fails to hold the environmentally destructive state and federal governments to account. Now, two critically important agencies which have sought to help protect the environment have been affected by funding cuts. 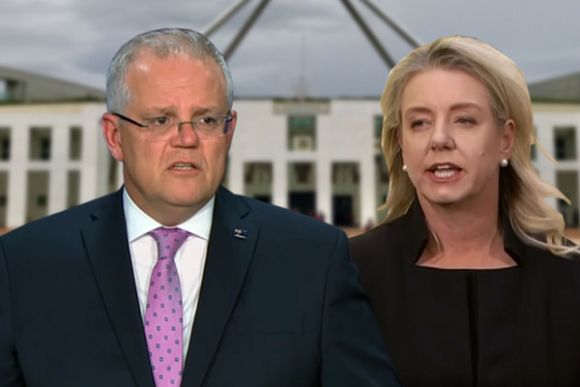 A Federal ICAC is pointless if conducted by a corrupt government

An examination of political corruption is well overdue, but ultimately pointless if implemented by the very body under investigation.

The Commonwealth Auditor-General reported in February that questionable Federal Government spending and allegations of pork barrelling might be put in the "too-hard basket" as budget cuts will impact its work.

The Australian National Audit Office (ANAO) uncovered the sports rorts affair and major flaws in the Commonwealth paying $30 million for a 12-hectare block of land worth $3 million near Western Sydney airport.

At a Senate hearing, Auditor-General Grant Hehir said in response to the cuts:

“Our ability to react quickly to those types of issues and start up an audit quickly would be challenged if we were reduced by that much.”

The Department of Agriculture, Water and the Environment denied an audit indicating that major projects were subject to the same assessment requirements as all other projects under the Act. Evidence of the Department’s failure to adequately assess major projects abounds, but the ANAO is not able to contradict the departmental decision.

A 2020 audit undertaken by ANAO of referrals, assessments and approvals of controlled actions under the EPBC Act found:

Despite being subject to multiple reviews, audits and parliamentary inquiries since the commencement of the Act, the Department of Agriculture, water and the Environment’s administration of referrals, assessments and approvals of controlled actions under the EPBC Act is not effective.

Governance arrangements to support the administration of referrals, assessments and      approvals of controlled actions are not sound.

Referrals and assessments are not administered effectively or efficiently.

The Department is unable to demonstrate that the outcome of conditions of approval are appropriate. The absence of effective monitoring, reporting and evaluation arrangements limit the department’s ability to measure its contributions to the objectives of the EPBC Act.

An indication of the importance of the ANAO audits can be gained from the audit currently underway as to whether the design and delivery of the Federal Government’s $444 million partnership with the Great Barrier Reef Foundation has been effective.

The audit proposed examining whether the grant funding had been appropriately invested; how successful the foundation had been in attracting co-investment; and whether funds spent on administration and fund-raising costs are under control.

The money was awarded to the Foundation without a tender process under former Prime Minister Malcolm Turnbull. An official audit by the ANAO in January 2019 found the grant decision did not comply with transparency rules.

A quick look at the Foundation’s Chairman’s Panel looks like a "who’s who" of the corporate world including Orica, Deutsche Bank, Origin, BHP, Rio Tinto, Lendlease, Shell Australia and Boral.

Evidence of co-investment by these corporations is not readily found.

A United Nations report found the Reef stores the most carbon of the 50 World Heritage marine sites with Reef seagrass meadows alone hosting an estimated 11% of the world’s seagrass blue carbon.

Neither the Morrison Government nor state governments have any real policies to address climate change impacts on the Reef or the nation itself.

The next audit report on whether the Foundation funding has been properly used is due in April 2021.

How the ANAO will make decisions on what audits will be conducted and the ongoing refusal of the relevant departments to allow these important investigations to take place arouses much concern.

In NSW, Premier Gladys Berejiklian has starved the Independent Commission Against Corruption (ICAC) of funding. A report released by the Auditor General of NSW demonstrated that funding for ICAC, the NSW Ombudsman, the NSW Electoral Commission and the Law Enforcement Conduct Commission provided a grim picture.

The audit found the current approach to determining and administering annual funding for the integrity agencies presents threats to their independent status.

The existing safeguards to this risk are not sufficient. Decisions about funding for integrity agencies are not transparent and there are no mechanisms for the agencies to question or challenge decisions made.” 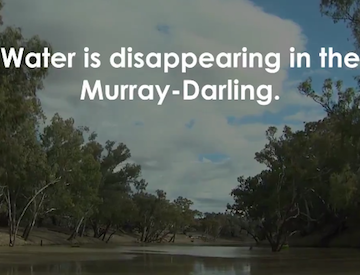 “The current funding arrangements cannot be allowed to continue; apart from the risks which they pose to the independence and mandates of the bodies concerned, the lawfulness of aspects of the arrangements have been called into doubt.”

Barrister Bret Walker, the Commissioner who led the inquiry into the Ruby Princess, tabled a special report on ICAC in the State Parliament in 2020.

The report stated that 'the funding mechanisms for the NSW ICAC puts the agency at risk of inappropriate influence' and that 'undesirable and unlawful' aspects of the ICAC funding model must be addressed.

... the dependence that is created and wielded by senior public servant involvement in influencing the work programs of ICAC by means of restricting funding.

A crude, hypothetical but not fantastic example would be the department of Premier and Cabinet’s refusal of supplementary funding sought to enable extra effort by ICAC in conducting an investigation, where a possible outcome might reflect adversely on the government.

ICAC funding was cut by 10.3% in the 2019 budget. In December, ICAC warned the Government that without increased funding approximately a quarter of its workforce would be made redundant.

According to press reports, this cut would reduce ICAC to its smallest size in history.