A prime example of Federal Government misspending, COVIDSafe never replaced the sleuthing efforts of human contact tracers and may have even inhibited them, writes Dr Binoy Kampmark.

THE RETURNS have not been impressive. For an app essentially anointed as a saviour for tracing purposes in the worst pandemic in a century, COVIDSafe is a lesson in exaggerated prowess and diminished performance.

It was billed as necessitous and supremely useful. Australian Prime Minister Scott Morrison was fashionably vulgar in linking the use of the app with an important goal: getting watering holes opened.

Morrison claimed in May last year:

“If that isn’t an incentive for Australians to download COVIDSafe, I don’t know what is.”

The Prime Minister even equated the use of the app to protecting oneself before going outdoors:

"If you want to go outside when the sun is shining, you have got to put sunscreen on. This is the same thing."

Numerous organisations across Australia, private and public, jumped to the call in a concerted effort to embrace surveillance in order to suppress the virus.

The National Waste and Recycling Industry Council (NWRIC), to name one enthusiastic participant, claimed that the COVIDSafe App 'together with good hygiene, safe work practices and social distancing will help protect the health of waste and recycling staff and our committee'. Seven million people also seemed to agree, downloading the app. 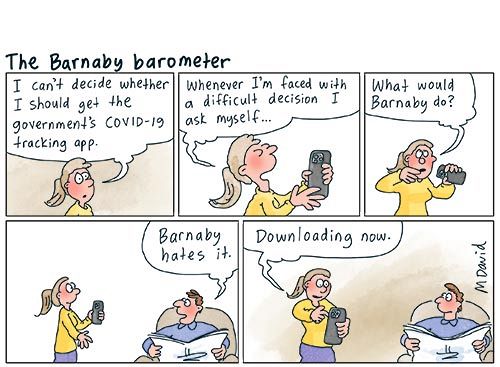 The pros and cons of the COVIDsafe spy app

But problems began to burgeon. Identifying close contacts did not seem to be the app’s forte. There were issues with its performance on Apple devices. The iOs version, for instance, had a habit of trying to link with each device to which a user’s phone had ever been connected.

'Every time the Bluetooth controller disconnects from a device, such as when COVIDSafe successfully exchanges data with another app user, it will attempt the reconnect 15 seconds later.'

New South Wales Minister for Health and Medical Research Brad Hazzard had to concede in October 2020 that COVIDSafe had “obviously not worked as well as we had hoped”. To this could be added the hovering cloud of privacy concerns and trust in government.

The review by consultants Abt Associates – commissioned by the Federal Government and delivered in March this year – did not make for pretty reading. It took the persistence of The Canberra Times to obtain a more complete version of the report which had initially been released in severely redacted form. (The redacted evaluation was rather more glowing in concluding that 'the COVIDSafe app was the correct tool to employ'.)

The app, it was found, had added to the workloads of state tracing teams 'without an optimisation of benefits'. This included, for example, the presence of false close contacts among 205 individuals flagged by the app (some 61%) with 30% already identified through standard contact tracing. A mere 2% of total close contacts in NSW between March and November had been detected by the app, with none in Victoria and Queensland.

By March 2021, costing as much as $100,000 a month to continue its operation, (then) Digital Transformation Agency Chief Executive Officer Randall Brugeaud explained to Senate Estimates:

“COVIDSafe has moved into what we call the business-as-usual state and so we apply very small amounts of maintenance.”

With a matter of fact telling that would have proved unbearable to the thrifty types, Brugeaud suggested that the amount could change to $200,000 a month “to allow us to make future changes”. These were additional totals to the $6.7 million the app had already cost till that point, most of which had been swallowed by development outlays.

Such costs are far from draw dropping, given the number of partners this crowded venture has involved.

The Amazon Web Services (AWS) platform may well claim to have led the pack, but then came Delv, Boston Consulting Group and Melbourne-based outfit Shine Solutions. In November 2020, it was reported that the latter had received $350,000 in increased payments from the Federal Government, bringing the then total to $2 million for work on an app that had, as yet, to identify any new close contact anywhere other than the state of New South Wales. 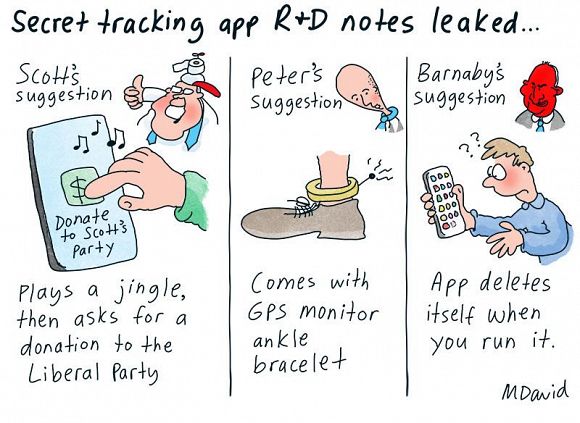 In the midst of a global pandemic, the Australian Government is lying to its people about a protective tool that really offers no protection at all, writes Dr Jennifer Wilson.

Despite an entrenched stubbornness, the Department of Health conceded in July that a mere 779 people who tested positive for COVID-19 had availed themselves of the app.

According to its report:

'The relatively low number of cases in Australia and effectiveness of our contact tracing processes has created an environment in which it has rarely been necessary for public officials to use the app, except to confirm cases through manual processes.'

COVIDSafe keeps company with several similar apps on tracing which have been left in their wake by renewed infection waves and the discovery of vaccines. But that does not mean that their advocates have stopped firing up their convictions.

A co-authored contribution in the Journal of Medical Ethics insists that we should not have too many hang-ups on overly centralised data in terms of what risks it poses to privacy.

Decentralised systems, argue the authors, are also inefficient and risky:

'When these points are understood, it becomes clear that we must rethink our approach to digital contact racing in our fight against COVID-19.'

Any identifiable moral here must lie in the risk posed by zeal. COVIDSafe never replaced the sleuthing efforts of industrious human contact tracers and may have even inhibited them.

A co-authored report from the Brookings Institute asserts:

'The lure of automating the painstaking process of contact tracing is apparent. But to date, no one has demonstrated that it’s possible to do so reliably despite numerous concurrent attempts.'

'serve as vehicles for abuse and disinformation, while providing a false sense of security to justify reopening local and national economies well before it is safe to do so.'

Even now, on its long feted deathbed – keeping company with a range of other feats of government misspending – you can still go to the Department of Health website and see the following:

'The COVIDSafe app is a tool that helps identify people exposed to coronavirus (COVID-19).'

In not distinguishing SARS-CoV-2 as the virus, with COVID-19 being the disease, we are already off to a rollicking start.

But belief in the role of this tool remains steadfast:

'This helps us support and protect you, your friends and family.'

As indicated by the Morrison lingo — eyes remain on the pub prize.