For the first time in many years, the Administrative Appeals Tribunal (AAT)’s overall migration caseload showed a substantial decline in 2020-21 — but the asylum seeker backlog continues to grow to new record levels.

The overall AAT migration and asylum caseload peaked at 63,305 in June 2020 and has subsequently declined to 56,306 in June 2021. The decline in the general migration caseload reflects a combination of additional processing resources, the impact of COVID-19 reducing the application rate and unexplained policy changes leading to an extraordinary primary level approval rate for onshore student visa applications (see Chart 1).

The asylum caseload has, however, continued to grow inexorably from 8,780 in July 2017 to 32,064 in June 2021. This growth started a number of years earlier and is associated with the biggest labour trafficking scam in Australia’s history.

Astonishingly, the asylum backlog at the AAT is now almost 10,000 cases bigger than the general migration backlog.

The composition of the general migration caseload has shifted with a significant decline in student refusals and cancellations and a lesser decline in employer sponsored and partner refusals (see Chart 2).

The decline in the employer sponsored caseload at the AAT is likely to reflect the strongly declining application rate for these visas at the primary level — falling by over 25% in 2020-21.

It may be that the primary level approval rate for partners has increased but we will not know if this is the case until Immigration Minister Alex Hawke releases the outcome for the 2020-21 Migration Program.

The biggest decline is in the student refusal caseload at the AAT. This is likely to reflect a sharp increase in the approval rate for onshore student visa applications from 92.8% in 2017-18 to an astonishing 99.8% in 2020-21.

Such a dramatic increase in approval rates cannot be an accident. It is likely to either reflect instructions to primary level decision-makers to approve onshore student applications wherever possible (or hold back applications for refusal in the huge bridging visa backlog of over 350,000).

The increase in onshore approvals may reflect Government embarrassment at failing to support the international education sector during the pandemic as well as a concern to limit growth in the number of people in Australia without a visa as well as overloading of the onshore detention network (the Department of Home Affairs can’t actually put more effort into locating undocumented workers as there is no space in detention).

If the increase in the onshore student approval rate is due to a more generous interpretation of criteria, it is likely we will see an increase in students focused on work rights rather than study. That may make their pathway to permanent residence more difficult.

If the increase in the approval rate is due to refusal cases being postponed, that would spell serious trouble. 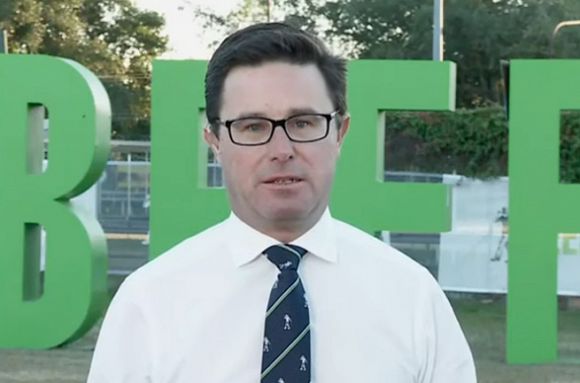 When these refusal cases are eventually finalised, we may see a flood of student refusal cases going to the AAT. If these are also refused at the AAT, these students would have very limited options.

They could depart Australia but are unlikely to do so given the amount of time and money they have spent here.

They could apply for asylum in order to buy another three or four years in Australia with work rights.

Or they could simply become unlawful and join the growing number of undocumented people working in Australia.

It would appear the Morrison Government is setting up another immigration mess for a future government to deal with.

Asylum caseload at the AAT

The asylum caseload at the AAT has been building strongly since 2016-17 when the number of primary applications almost doubled to over 18,000 and then increased again in 2017-18 to almost 28,000 — with the vast bulk of these being refused at the primary stage.

This was the start of an extraordinary labour trafficking scam that started under Defence Minister Peter Dutton’s nose — a scam the Government refuses to even acknowledge.

The scam started with visitor visa holders from Malaysia being assisted to apply for asylum and thereby acquire work rights — mainly to work on farms. It has subsequently extended to asylum seekers from a range of countries with very high refusal rates, generally over 95%, leading to flow on appeals to the AAT.

While asylum applications to the AAT, and at primary level, declined in 2020-21, this was predominantly due to international border closures.

The crucial question will be what happens once borders re-open — will the scam resume, or will establishment of the new Agriculture Visa temper the returns to organisers of the asylum seeker scam thus squeezing them out of the market?

And what happens to the growing cohort of asylum seekers refused at the AAT but still in Australia?

At this stage, it appears the Morrison Government will continue to sweep this under the carpet.

8 February 2023, 7:00am With record-sized growth in temporary entrants straining rental and job markets ...