Christopher Pyne and the adults in charge

Christopher Pyne has been widely pilloried for his disgraceful behaviour in Parliament yesterday and his extreme education policies, so why do some conservatives still find him so alluring? Senior correspondent Barry Everingham reports.

The Bishop and Pyne C.

The thought that adults are in charge of the country now is laughable when one considers the infantile behaviour of the so-called 'Leader of the House' Christopher Pyne — also, somewhat disturbingly, Australia's education minister.

Christopher Pyne's behaviour in several incidents yesterday (15/5/14) in Parliament would have surprised nobody.

In fact, had former Prime Minister John Howard been watching – which he no doubt was – his long wariness of Pyne would have been vindicated; Howard allegedly refused to install Pyne in a  significant role whatsoever. It’s said he predicted that, one day, Pyne would cause a significant scandal, bringing ill-repute upon the Liberals.

Of course, Pyne being a key cabinet minister says more about Tony Abbott than it does about Pyne.

One of Abbott’s first moves after he got the leadership – with, strangely enough, Peter Slipper’s vote – was to elevate Pyne and the dreadful Sophie Mirabella to the front bench.

Tony is not only lacking in the milk of human compassion — he is also short in identifying the character of some of his colleagues. Turnbull would wear neither Pyne nor Mirabella.

Earlier in the day, before Shorten wowed Australia with a Budget Reply full of passion and spirit, the low character Pyne was on full disgusting show.

Not content with sneering and catcalling his way through Question Time, Pyne's stood and snarled to Shorten across the despatch box:

Surely a first in the annals of Parliamentary bad taste and lack of class.

Reminiscent of Abbott's bizarre denial he had promised to spend his first week as PM in an Indigenous Community, Pyne brazenly refused to take responsibility for what he is clearly heard saying, trying instead to claim he had called Shorten a "grub".

Of course, the most biased and incompetent Speaker in Australian political history – Bronwyn Bishop – refused to censure Pyne or send him from Parliament. This treatment is reserved for Opposition MPs, of whom she has despatched 100 times from the chamber. Thus far, she has not disciplined even one Coalition MP, let alone Pyne.

It says a lot about Bishop that she tolerates, indeed encourages, Pyne’s simpering, juvenile, feline behaviour.

As though that wasn’t enough, after Shorten speech last night, when the Opposition front bench and the public galleries erupted into a frenzy of admiration and applause to the Shorten reply, Pyne unabashedly signalled to Speaker Bishop to stand, meaning the House and Galleries needed to be quite.

This is "democracy" now, Australia-style.

A compulsive liar for a prime minister, with no people skills at all; a Speaker with no dignity and sense of democracy; and a education minister on the road to nowhere.

As I have said on many times — just where do the Liberals find those people?

The Australian and the Pyne nut

If ever there was an example of how The Australian has abrogated its place as a serious newspaper look no further than the Budget edition of May 14.

There will be found an extraordinary opinion piece by the Catholic University’s Professor Greg Craven extolling the virtues of Christopher Pyne as Australia’s education minister.

​Under the cringe-making banner 'Chris Pyne’s Policy Striptease Reveals Hidden Talents Hidden Talents' Craven then begins what is nothing more than an extraordinary misunderstanding of the Parliament’s unruly cartoonish laughing stock. 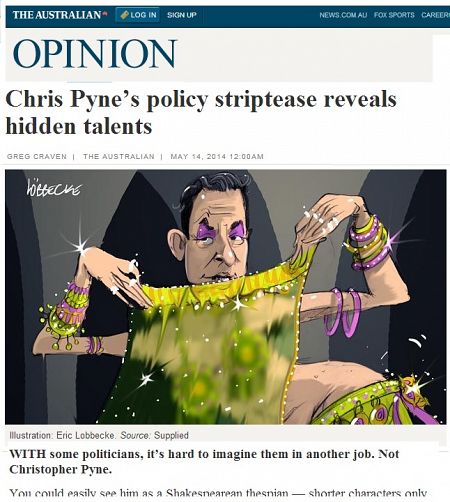 Mind you, by branding Pyne as a drag queen type of political stripteaser, Craven seems to know about the minister what many have alleged for some time.

But leaving that aside, it’s time to get into Craven’s nitty gritty — so readers are advised to fasten their seat belts now.

With some politicians it’s hard to imagine them in another job. Not Christopher Pyne.

You could easily see him as a Shakespearean Thespian – shorter characters only, unfortunately – or possibly as a particularly persistent wasp. But his talent for striptease has hitherto gone unnoticed.

(Readers should now try not to be too sick although they will be forgiven if they have already had enough and refuse to go on.)

Grub or c***, it's a disgrace either way. Christopher Pyne is the most immature member of parliament! #AusPol pic.twitter.com/3DPczP75TY

Pyne’s dance of the 17 veils allows him to gauge reaction as he goes.

(Greg you are going too far mate, what has this bloke done to your head?)

According to Craven, Pyne indicates basic policy directions then refines them as issues emerge.

This, of course, would be construed by many, if not most, as policy on the run — but Craven is having none of that.

He says it's clear – to him – that Pyne’s plan is one of the boldest in Australian higher education history.

He reckons it's okay to reduce regulation for universities, while maintaining the demand-driven system, deregulating the amount students pay and extending government support for non-universities.

While Greg Craven is sitting in the front seats of a strip club while Pyne does a seductive pole dance,  there’s a cacophony of derision from educators criticising what Pyne and Abbott are doing to make the life of students harder. Indeed, students at two Sydney Universities jostled and jeered Foreign Minister Julie Bishop, leading her to be evacuated by security guards a la Julia Gillard circa Australia Day 2013.

Craven incredibly says there are two hard reasons why the government is taking the course it is.

He says research is expensive and there is no money without 'discretion'.

Sadly universities cannot anticipate immunity. If their support declines they must make it up from somewhere – and students will suffer.

Not so says, Bruce Chapman who is Australia’s leading education economist.

Fees will go up and they will go quite significantly.

I expect most universities will increase tuition fees to international fee levels which are currently about three times higher.

It is plausible that the cost of a bachelor of medical science would rise from $24,000 to $120, 000 for international students at Sydney University.

And he says the idea that fees will go down anywhere is frankly 'fantasy land'.

Professor Chapman’s voice far from being a lone cry in the wilderness, while Craven’s is right over the top — and also a little too focussed on the bottom, for my taste.

Referring to Pyne as 'Christophe La Tease' he says his signalling that the whole question of comparative funding is a complex one to be answered cautiously.

Quoting Pyne, Craven says that non-universities should not expect to be funded to the same extent as universities as great engines of national service.

Craven’s saccharine and very confusing descriptions of Pyne doing a 17-veil strip-tease will do nothing to enhance the minister’s reputation, which through his immature and disruptive behaviour in the Parliament has made him a figure of fun and revulsion.

Sadly he is now using young students as the brunt of his and Abbott’s war on the young and vulnerable.

And for a man of Craven’s stature to endorse such antics is very sad indeed. 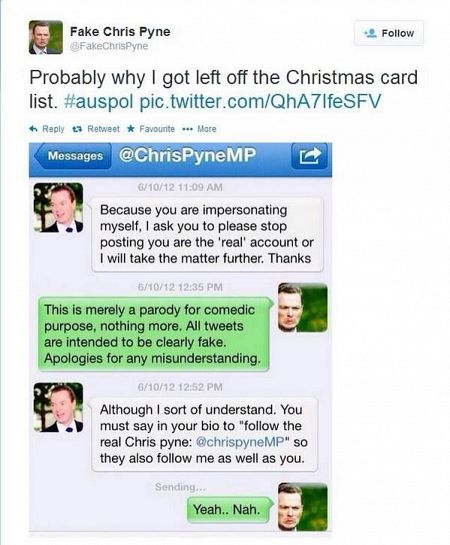 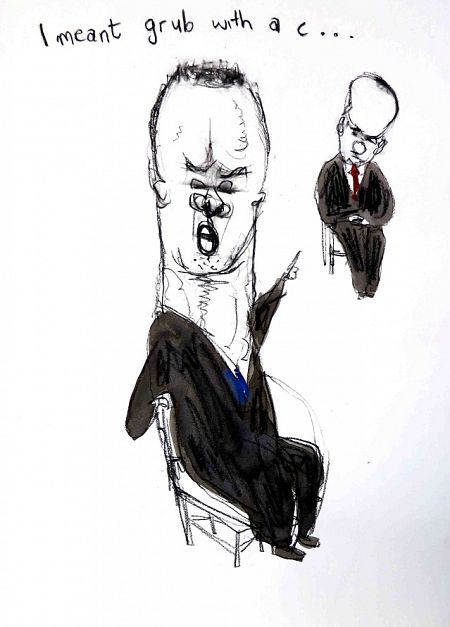