Video report by Julia Thiemann on the lives of casual workers, their insecurity and the injustice in comparison to permanent employees. 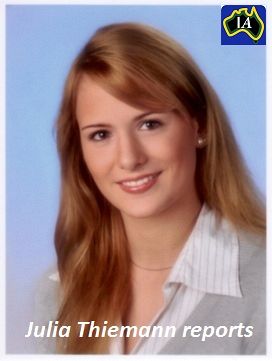 There are many reasons to be proud of Australia — and the economic system is definitely one of them. The Australian economy is among the most liberalised in the world and the unemployment rate is less than in most other western countries. Many industries are thriving.

Karen, a middle-aged woman from Sydney, and Bruno, a young aspiring scientist, are different in many ways, but still in the same crucial situation: Despite their excellent qualifications, they cannot find a permanent job.

By no means do they count as unemployed, however, although Karen, as a contract worker, cannot be sure to have a job next month; and Bruno, as a casual worker, sometimes cannot work for several weeks. Australian employers seem to have found a way to adjust the rules to their benefits. As a result, the casualisation of the workforce in Australia is one of the highest in the world.

These statistics are just numbers to some business people and economists — indicators about the flexibility of the Australian economy. But for the workers, like Bruno and Karen, this means instability, especially financially.