Can the Coalition or Labor draw much joy from the Bennelong by-election?

While both sides claim success in the Bennelong by-election, neither should be getting too excited, says John Passant. 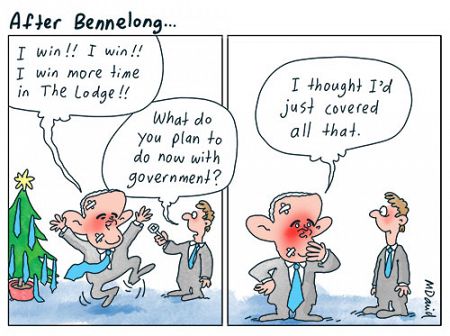 WITH ALMOST 83% of the vote counted at the time of writing, Labor will be bitterly disappointed with a swing of only 4.94% two-party-preferred to the Party in Saturday’s by-election in Bennelong.

They had been hoping for much more than the average 5% by-election swing and had even entertained the idea that former New South Wales Premier Kristina Keneally could win.

If the pre-poll and postal votes favour the Liberals – as they may do – it is possible they will win the seat by about 55% to 45%, two-party preferred.

The ReachTEL poll in the days before the by-election gave the Liberals a two-party preferred outcome of 53% to 47%. An Essential poll had the parties at 50/50, which was in the order of almost a 10% swing to Labor.

Instead, a swing of less than 5% means the Government – and Malcolm Turnbull especially – are crowing loudly. The successful candidate, John Alexander, even called it a "renaissance" for Turnbull’s leadership.

If the Government had lost Bennelong, not only would they have lost their one seat absolute majority; they would have lost Turnbull as leader, with, perhaps, the member for Dickson, Peter Dutton, "rising" to become prime minister. This would have accelerated the Government’s ongoing decline.

Listen to this Qld.

"The future of millions of Australians depend on John Alexander." #BennelongVotes #auspol #qldpol pic.twitter.com/Tbyq0ST7BD

Labor also argues if the (claimed) 5.5% to 6% two-party-preferred swing were replicated across Australia at the next general election, there would be a Labor government with up to 97 seats in the 150 seat House.

If. For a start, the normal by-election swing against a government candidate is 5% two-party preferred. With a 4.94% swing to her, it looks like Kristina Keneally has not even managed that. But, says Labor, this was not a normal by-election. The sitting member was standing again and so kept much of the personal vote. John Alexander has, indeed, built a strong brand name in Bennelong.

I'm really happy with #Bennelongvotes. This is a solid Liberal voting area where there should not be swings like this. If it were replicated in a Federal election the Coalition can say goodbye to 23 seats #auspol

As Antony Green said in his background article when the by-election was called:

‘After first winning Bennelong in 2010 with a vote only 2% higher than the Liberal Party's NSW result, John Alexander widened the gap to 3.4% in 2013 and 9.2% in 2016, even getting a swing in his favour in 2016, at an election where the swing was generally against the Turnbull Government.’

Although this Government has been on the nose almost since its re-election, Keneally and Opposition Leader Bill Shorten were only able to win about half that 2016 swing back to Labor, despite this being a by-election and Labor throwing everything at it.

As reported by Fairfax’s James Massola:

'A senior Labor MP said the relatively small swing of about 5% to Labor's Kristina Keneally was "a terrible result, we poured a lot of resources into it and it's an ordinary outcome".'

What about the "Sinophobia" impact? Acting Manager of Opposition Business in the Senate Tony Burke pointed out, on Insiders on Sunday morning (17 December), that in booths in multicultural sections of the electorate, the swing to Labor was around 10%. On the other hand, he said that the swing to Labor in booths in non-multicultural sections was around 2%. So maybe Dastyari offset the Sinophobia depending on where voters lived and their background. 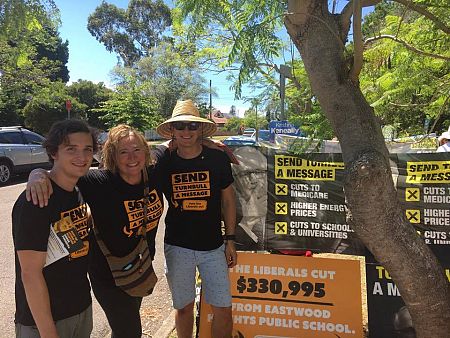 When Labor painted the tussle as a vote on the survival of the Turnbull Government, some disaffected Liberal voters may have voted for the Australian Conservatives (4.9%) or the Christian Democrats (3.1%) as a protest, but returned to the Liberal fold with their second or later preferences.

Can the Liberals draw much joy out of Bennelong? No. To use a cricket analogy, the fact that John Alexander was batting on a dead wicket against mediocre bowling and managed to score 54 not-out doesn’t get him or his captain out of the marshes. Opinion poll after opinion poll – 24 Newspolls in fact – since the Federal Election in July last year show Labor with a strong election winning two-party preferred vote over the Turnbull Government — currently sitting at 53% to 47%.

However, Labor should not feel too confident. Labor’s current lead in the polls will likely tighten in the run-up to an election in 2018 or 2019. That, I think, is one lesson from Bennelong. Another is the impact Bill Shorten had on the campaign.

Niki Savva argued on Insidersthat every time Shorten appeared in the electorate he lost votes. She would say that, wouldn’t she? But what if she is right?

Certainly, one senior Labor party politician told Fairfax’s James Massola that "Bill was a big negative but he wouldn’t stay away". What if Shorten does drag the ALP vote down 1 to 2%? That is enough to turn a landslide into a good win and a close win into a loss.

Alexander, of course, could also have the same problem — every time he opened his mouth. From an old racist rape "joke" to bagging the disabled, clearly, Alexander is a product of the male, pale and stale school of bigotry. So, the Liberals kept him pretty quiet during the campaign and on track with platitudes.

The problem with the "Bill Shorten loses votes" analysis is that it imagines voters are flibbertigibbets who vote on the basis of the leader’s smile or suit. Maybe a few do, but the reality is that around the globe many many people are looking for political alternatives to the 50-year global reign (or should that be rein?) of neoliberalism. That is as true of Australia as it is of the UK and the rise of Jeremy Corbyn, or the U.S. and the rise of Sanders and Trump.

Hahaha ... did you hear the one about the disabled?

A better approach can be found in Antony Green's backgrounder on Bennelong:

‘When Howard first won Bennelong [in 1974], his home at Wollstonecraft was in the electorate. It was removed by the 1977 redistribution, and Bennelong continued to drift westward over the next three decades, losing Lane Cove Council in 1993 and Hunters Hill in 2001. This westward shift removed strong Liberal voting territory, constantly replaced by more socially mixed areas to the west. Demographic change was also underway, with traditional, Liberal territory in suburbs like Eastwood becoming more ethnically mixed.’

The challenge for Labor is to appeal to these working and middle-class people — the problem is that they are increasingly seen as the "second eleven" of neoliberalism. The Australia-wide average primary vote for the ALP (and for the Liberals) has fallen consistently over the last few decades and both are now in the mid-30s — a fall of around 10%.

For Labor, the task is to become left wing. For us, the task is to create a more left-wing society. Otherwise, Labor wins Government by default, and loses after three or so years of Keynesian neoliberalism, with the position of ordinary working class people worsening.

John Alexander sorry if he offended over disabled jokehttps://t.co/UahHDSrbNp

The outcome of the #Bennelong byelection showed this part of Sydney looks backward instead of forward. Something we already knew about #BennelongVotes after the #MarriageEquality survey #auspol