An audit into the partner visa processing system has been requested by a Labor MP after an increasing number of bridging visas were issued, writes Lina Li.

MOST PEOPLE are not unfamiliar with “bridging visas”. A bridging visa is usually issued to a non-citizen when they have applied for a substantive visa in Australia and are awaiting its outcome. It serves to bridge the gap between the first visa expiry and the next visa grant.

Most people travel here on a visitor or student visa (as these are quick and simple visas compared to others), then apply for another visa. They are granted a bridging visa as a result of the visa applied for onshore. The most applied-for visas are often partner and protection visas due to the low requirements in terms of qualifications, work experience and English language abilities.

To understand why bridging visas are so popular, we need to understand the concept of “processing time” first, as a bridging visa literally lasts for as long as it takes for Home Affairs to process the visa they apply for.

Take the partner visa as an example. The processing time for an onshore partner visa subclass 820 is from 23 to 30 months. This means if you apply for a partner visa here, you would likely be on a bridging visa for 23 to 30 months before a decision is made on your application. During this time, you have full work rights and you can enrol in Medicare. You pay a $7,850 fee to the Government and get 2-3 years’ time working in Australia, covered by Medicare.

The benefits do not end here. The partner visa also has one of the highest refusal rates.

Some of the reasons for this are: 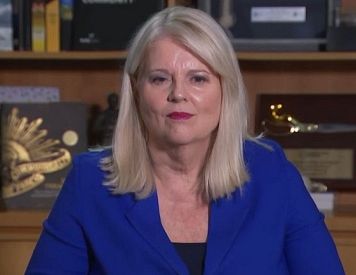 Temporary entrants in Australia: Who is left and what is to come

The partner visa has the lowest evidence threshold, making it extremely convenient to those who are lodging a non-genuine visa application only to buy time to maintain an ongoing residence in Australia.

The low evidence threshold is also one of the reasons why the partner visa has a high refusal rate. Most people who have their visas refused in Australia can apply to have that decision reviewed by the Administrative Appeal Tribunal (AAT) within a certain timeframe. The average processing time for a partner visa decision is 831 days by the AAT. This means people can pay a $3,000 fee to get another 2-3 years or potentially more.

To combine the fees and processing time from both Home Affairs and the AAT, one can pay around $11,000 to buy potentially more than four years in Australia on a bridging visa, with full work rights and be eligible for Medicare enrolment. It sounds like a good investment for those who lodge non-genuine partner visas.

To make matters worse, Home Affairs considers countries like the U.S. a low-risk country and countries like Afghanistan a high-risk country. As a result, a U.S. passport holder could be granted a partner visa far more quickly than an Afghan citizen.

Labor MP Julian Hill, in requesting the Auditor-General to conduct an audit on the partner visa processing, said:

‘In 2021, the average processing time for subclass 309 applications lodged by citizens of Afghanistan is 43.6 months; for citizens of the United States of America, it is just 7.3 months.’

Such different treatments lead to an unfortunate outcome. A bridging visa associated with a partner visa for people from high-risk countries becomes even more financially lucrative, as the processing time is almost always over the average processing time of 23 to 30 months.

Home Affairs’ punitive and discriminatory processing of partner visas backfires tragically on the Government. The longer it takes to process a partner visa, the more non-genuine partner visas are being lodged, which then leads to an even longer processing time. The vicious circle continues. 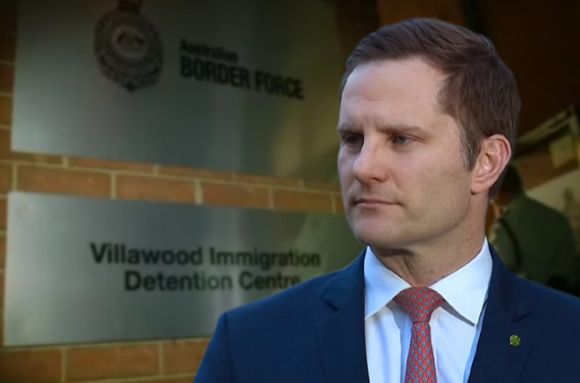 If Home Affairs does not drastically reduce the processing time for partner visas, bridging visas associated with a partner visa would unlikely become less financially attractive to non-genuine couples.

Australia's partner visa system is broken. But it is not because of COVID as the Government keeps trying to pretend.

But this system is broken; it is the most expensive partner visa in the world. It is one of the slowest now on average. And I believe that what the Government is doing is actually illegal.

They are breaching the actual laws in the Migration Act. Section 87 of the Act very clearly says the minister does not have the power to cap the number of partner or child visas that, back under the Hawke Government then the Howard Government, the ministers of the day tried to get that power removed. That's a clue, isn't it? That it's actually an effective provision — you'd think.”

The Auditor-General Grant Hehir responded to Mr Hill in his request to audit the partner visa:

‘I think there is merit in a performance audit of the administration of partner visa application processing, subject to our normal priority setting processes.’

If there was ever a time to clear the backlog, now would be the time. The COVID-19 pandemic has resulted in a substantially reduced caseload for the Government. We’ll just have to wait and see if the Government is going to take advantage of this short window to clear the partner visa backlog and reduce the processing time to a more reasonable timeframe and in turn, reduce the number of bridging visa holders to an acceptable level.