Poorly drafted legislation to levy businesses that sponsor migrants for a work visa has resulted in businesses receiving no benefits or refunds, write Lina Li and Samuel Brouff.

THE SKILLING AUSTRALIANS FUND legislation was introduced in 2017 to ensure businesses employing migrants were contributing to training Australians at the same time. From 12 August 2018, businesses paid a Skilling Australians Fund levy (the “SAF levy”) when sponsoring a migrant for a work visa.

In June 2018, the Federal Government provided $187 million from a training fund to some states under the National Partnership on the Skilling Australian Fund agreement which commenced on 1 July 2018.

SAF levies payable depends on the sponsoring businesses’ turnover and the length of the work visa. For a business that turns over $10 million, a SAF levy of $7,200 is payable for a four-year temporary work visa (the TSS visa) and $5,000 is payable for a permanent work visa, in addition to the standard application processing fees.

Refunds of the SAF levy are only available in limited circumstances.

The initial objective of the SAF levies was to recoup the $187 million already paid out to some states for vocational training. The charge and refund of SAF levies have been controversial since the introduction of the SAF levy in 2018. The debate on this topic has been even more heated after the COVID-19 pandemic broke out in 2020. 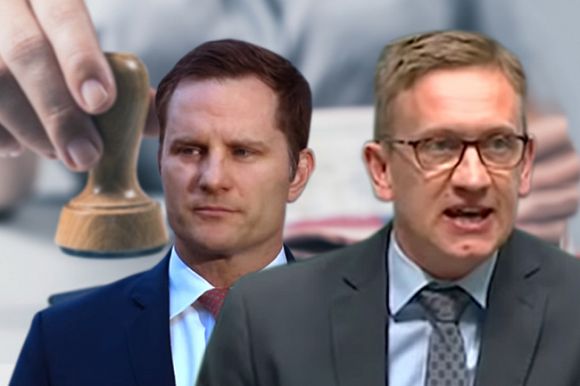 In the Skilled newsletter Home Affairs sent out to migration agents in September 2020, Home Affairs emphasised:

‘The TSS Program continues to receive a high number of Skilling Australians Fund (SAF) levy refund requests where the employer is ineligible for a refund. Please be reminded that the specific requirements set out in Regulation 2.73AA would need to be met for refund eligibility where the nomination has been approved or withdrawn and that there are no circumstances in which a refused nomination is eligible for a refund.’

Where a TSS nomination is approved, businesses have been asking for a refund of the SAF levy when the sponsored migrants choose not to take up the position sometimes. As such, businesses do not get to benefit from employing the migrant following the levy payment.

Where a TSS nomination is withdrawn or refused, businesses have been asking for a refund of the SAF levy because there is no resulting benefit from paying to sponsor the migrant. In the case of withdrawals, the Government does not work at all in considering the application. The levy is forfeited. In the case of refusals, some of the decision-making is so dubious that employers wonder if they are getting value for the levy money paid.

In these cases, as Mr Samuel Brouff, a lawyer and a senior migration agent who is an expert on the administration of SAF levies, calls it, the SAF levy is “a fee for no service”.

According to statistics from the Freedom of Information documents Mr Brouff obtained, the Government has derived approximately:

Note, the Government also charges a one-off SAF levy from businesses for accessing the Skilled Employer Sponsored Regional and the permanent Employer Nominated Scheme programs, too. The above figures only represent revenues generated from the TSS Visa program. 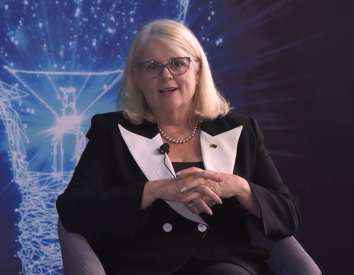 On 23 September 2021, the Greens announced that they will introduce new legislation to extend and reinstate visas for temporary visa holders.

In the Skilled newsletter sent out in April 2021, Home Affairs continued to stress:

‘Regulation 2.73AA of the Migration Regulations 1994 provides circumstances under which a refund of the SAF levy is available, including those outlined below...’

Why do businesses persist in requesting SAF levy refunds knowing they are not eligible for such refunds?

The SAF levy was supposed to raise funds to skill Australians so that businesses can reduce reliance on overseas workers. Three years after the introduction of the SAF levy, demand for overseas skilled workers has not seemed to drop at all despite the difficulties in travelling during a global pandemic.

In the meantime, businesses have been charged SAF levies repeatedly when they have not benefited from employing migrants at all. Businesses that sponsor migrants and also have graduate, apprenticeship and traineeship programs are unable to offset their training costs from the SAF.

“Company A” paid a $5,400 SAF levy to sponsor a migrant worker for a three-year visa. The worker decided not to take up the position after his nomination was approved. Company A did not get to benefit from the migrant’s skills yet was unable to obtain a refund. A refund can only be made if the migrant worker lodged a visa against the nomination and had it approved (or refused on health or character grounds). Companies have no control over the prospective employee lodging a visa or not.

Company A moved on to sponsor a second migrant worker and paid for another $5,400 SAF levy for a three-year nomination.

After one year’s employment with the company, Company A sponsored this employee for a permanent work visa, which required another $5,000 SAF levy. This second employee resigned to work at “Company B” after the permanent nomination was approved. Once again, Company A could not get a refund of the $5,000 SAF levy as this employee did not lodge a visa and have it approved. Company A employed the second migrant work for just a little over a year but paid for $15,800 in SAF levies trying to fill that role.

For one migrant worker, for a three-year period, the Government charged two companies over $18,000 in SAF levies. The SAF was only intended for companies to pay $3,600 to $5,400 for a three-year period. Through unfair and deliberately ambiguous regulations and policies governing refund and sponsor transfers, the Government tripled its SAF levy revenue for a single period in question. There is currently no means under the SAF levy laws to credit unused units of levy against future applications.

In the Skilled newsletter in June 2021, Home Affairs still kept on warning migrant agents not to make ineligible requests for refunds:

The employer sponsored visa processing teams have received several emails challenging the delegate’s decision to refuse a refund of the Skilling Australians Fund (SAF) levy or Visa Application Charge (VAC). Requests for refund of either the SAF or VAC are assessed in accordance with the relevant legislated refund provisions. Delegates do not have discretion to approve refunds in circumstances outside of those outlined in the Australian Migration Act 1958.

Why do businesses persist in challenging Home Affairs’ refund refusal decisions knowing the Government does not have discretion in circumstances outside of the law?

Because the refund criteria are so fundamentally unfair and laws can be changed and are changed all the time.

The Government has made several regulatory changes to facilitate fee waiver concessions and refund provisions for some visa applicants and holders since the COVID-19 pandemic. They can certainly make similar refund provisions regarding SAF levies for businesses if they choose to.

The New Zealand Government has been refunding people who were affected by the travel restrictions since COVID-19.

Businesses have been complaining to Home Affairs and the Commonwealth Ombudsman, to no avail. Some believe the SAF legislation is poorly drafted. Mr Brouff, however, believes that the primary objective of the legislation is to maximise revenue and decision-makers have been expressly instructed to act towards this end.

Mr Brouff believes changes may only occur through judicial review in the Federal Courts:

“The problem is budgetary. The Government has already spent the SAF money and exacting levies via various visa programs is recouping that money.

We need to open it up to explore judicial review. We can look at constitutional or administrative law challenges by judicial review via S39b of the Judiciary Act (Cth).”

Three years have passed since the introduction of the Skilling Australians Fund. It is high time to review the efficacy of the program, by examining our labour market more closely to see if reliance on overseas skilled workers has been reduced through the administration of SAF. We’ll have to wait to see if this happens in the near future.

Lina Li works as an immigration consultant in the immigration industry. She has extensive experience in the corporate migration sector and works closely with government agencies in making changes to the current migration program. You can follow Lina on Twitter @LinaImmigration.