THE DEPARTMENT OF HOME AFFAIRS published its ‘2020-21 Migration Program Report’ for the program year to 30 June 2021. The partner visa stands out as being the biggest winner in this program year’s migration program outcome.

According to statistics released by the Department of Home Affairs:

This is no doubt great news for couples who have been agonising over their immigration status for years. However, as there are a certain number of permanent places available in every program year, this inevitably meant qualifying visa applicants from the skill streams have to wait for a longer time to get their visas, if some of them can still get one at all.

There is no room to dispute that global travel restrictions, a result from the COVID-19 pandemic, have hindered family reunification worldwide.

The problem is, the assessment of a “partner” when one applies for a travel exemption differs grossly from the assessment conducted for a partner visa application. Many genuine partners were refused travel exemption and have had to live apart from their Australian partners since the start of the pandemic. The significantly smaller number of offshore partner visa grants from this program year would undeniably cause more suffering to this cohort.

On 27 June 2021, the Migration Institute of Australia wrote to the Australian Border Force and the Department of Home Affairs, raising significant concerns regarding the assessment of “immediately family members” of Australians:

‘In particular, we wish to highlight some concerning features of decision-making in relation to the assessment of “immediate family members” of Australian citizens, permanent residents, or New Zealand citizens usually resident in Australia and compassionate and compelling cases.’

‘Transparency and equal service for all $7,715 partner visas.’

No change or improvement occurred after these complaints to date. We can only hope the travel restrictions are lifted soon and offshore partners can travel here to be with their Australian families.

What has changed? Did migration laws and policies regarding the partner visa change?

There is an easy way to find out. Most visa refusal and cancellation decisions can be appealed with the Administrative Appeals Tribunal (AAT). The AAT apply the same migration laws and policies when reviewing these applications.

The number of partner visas refused by the Government has decreased by almost 8% of what it used to be in 2018-2019 while no significant migration laws or policies regarding partner visas have changed.

The AAT has been making consistent decisions in regard to partner visas in both program years, confirming that migration laws and policies governing partner visas have remained largely the same in those years. 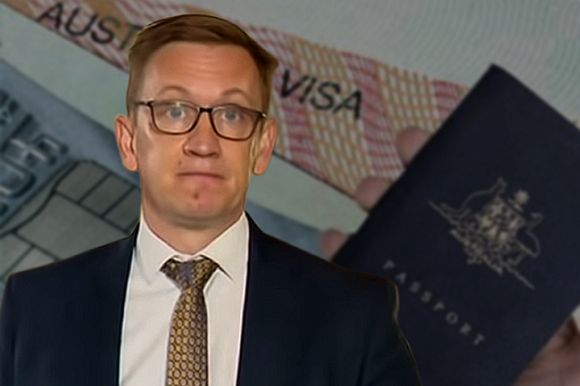 An audit into the partner visa processing system has been requested by a Labor MP after an increasing number of bridging visas were issued.

If it has nothing to do with migration laws and policies, why has the Government become so enthusiastic about approving more partner visas in the last program year?

Here are a few clues. Labor MP Julian Hill requested the Australian National Audit Office to conduct an audit into the partner visa process in August this year. His claimed issues covered the Department’s illegal capping on partner visas, prolonged processing time, discrimination against people whose first language were not English and so on.

Former Deputy Secretary of Department of Immigration Dr Abul Rizvi published an article giving details about the Government’s illegal action on partner visas in the past few years: ‘Home Affairs and the great partner visa cover-up’.

When will our Government realise this is someone’s life, not some politician’s political campaign. It is unfortunate to see a migration decision has more to do with politics and less to do with migration laws and policies.

Lina Li works as an immigration consultant in the immigration industry. She has extensive experience in the corporate migration sector and works closely with government agencies in making changes to the current migration program. You can follow Lina on Twitter @LinaImmigration.