Newly elected ACTU secretary Sally McManus was right to say we should break unjust laws and John Passant knows exactly which to start with. 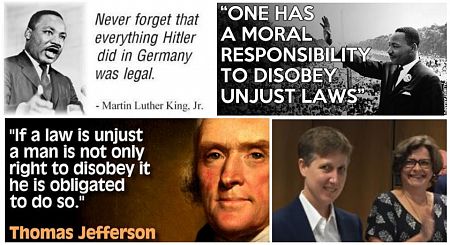 SALLY MCMANUS, the newly elected secretary of the Australian Council of Trade Unions, last night said – to the consternation of Malcolm Turnbull and various huffy media "commentators" – that it was alright to break unjust laws. The Fair Work Act, which makes it illegal for workers to strike outside a very narrow bargaining period, is one such unjust law.

Workers could not only break the Fair Work Act, they could smash it to pieces if McManus and the rest of the ACTU lead a campaign for a radically reduced working week to share the wealth around, something Greens leader Ricard Di Natale has put on the political agenda with his call for a 30 hour week.

His proposal appears to involve no loss of pay although that is not 100 per cent clear. In the same National Press Club speech, Di Natale also argued for a people’s bank to put competitive pressure on the big four banks and for a discussion about a universal basic income.

These are provocative calls in a society built on profit and the ongoing shift of wealth from labour to capital. This shift takes many forms and is in response to falling global – and now Australian – profit rates, something inherent in capitalism.

The call to cut the working week, if indeed there is no cut in pay, challenges capitalism. The tendency since the end of the post war boom in the late 1960s and early '70s has been for longer and longer working days, irrespective of what the awards or enterprise agreements say. It was Marx who identified this lengthening of the working day as one way the bosses try to restore profit rates.

Those profit rates are falling because it is only human labour that produces new profit and the competition drives capitalists is try to make more profit by replacing workers with machines. As other capitalists adopt the new more productive techniques and machines, what was good for one capitalists is bad for the system overall.

The Australia Institute estimates that unpaid overtime is a gift from workers to bosses of about $110 billion a year. That is just part of it. Childcare (mainly by women in their role in capitalism as mothers) is another huge gift of unpaid labour to the bosses in raising the next generation of workers. This gift from the working class is worth about $345 billion unpaid a year.

It will require more than a "national conversation" to win a 30 hour week without any loss in pay. It will require real class struggle, including breaking unjust industrial laws McManus was referring to.

My hope is that McManus leads the campaign to smash these laws and the Australian Building and Construction Commission. In the Clarrie O’Shea campaign in 1969 (discussed below), rolling general strikes smashed the penal powers and released O’Shea from gaol.

The time for talking about cutting the working day is well past. During the Depression, in 1930, the ACTU proposed a 35 hour week and then, in 1931, a 30 hour week as a way to address unemployment — then running at about 30%.

In 1957, during the post war boom, the ACTU decided to launch a campaign for a 35 hour week to, in its words,

‘... secure a just share of gain from technological progress and to maintain employment.'

How is that campaign coming along, ACTU? Sixty years later and we are still waiting.

Which leads me to productivity, one of those seemingly boring dry economic topics that actually help us understand the shift in income and wealth from labour to capital over the last three decades, and why a big cut in hours worked, without loss of pay, is compensation for increased productivity.

As the Productivity Commission says:

‘Productivity (the ratio of output produced to inputs used) measures how efficiently inputs, such as capital and labour, are used to produce outputs in the economy. It is sometimes referred to as productive efficiency. Productivity increases if output grows faster than inputs (or shrinks more slowly). Growth of productivity is the growth of output over and above the growth of inputs.’

Why is productivity important? Because, as liberal bourgeois economist Paul Krugman puts it:

‘A country’s ability to improve its standard of living over time depends almost entirely on its ability to raise its output per worker.’

Yet nothing has changed in terms of the ACTU arguments for a cut in the working week in 1957. Almost all the benefits of the productivity gains of the last two decades have gone to the bosses, not workers, as this graph from economist Dr Bill Mitchell on his blog makes clear:

The trend began the decade before then. And as Dr Mitchell makes clear, most of the difference goes to the bosses in the form of profits.

This is a massive redistribution of national income to profits and away from wage-earners and the gap is widening each quarter.

Where does the real income that the workers lose by being unable to gain real wages growth in line with productivity growth go? Answer: Mostly to profits.

I have highlighted this shift of national income from labour to capital incessantly on IA before.

The working week in Australia is now officially 38 hours. However, the very concept of a set working week is under attack, as the recent penalty rate cut decision shows.

Unofficially, the working week for many workers (especially men) is much higher than 38 hours, as the $110 billion in unpaid overtime mentioned above suggests. The problem goes further than unpaid overtime. Forcing tired workers to work longer paid hours, sometimes under enterprise agreements that reduce overtime pay or have traded it off, is another aspect. Not only are they less productive, they are damaging their health.

Di Natale captured this dichotomy when he said:

We rightly talk about the 16% of people who want to work more hours. But what we don’t hear about is from the more than one in four Australians who say, ‘We want to work less.

A four-day working week or a six-hour day, it might actually make us happier and create more opportunities for others who want more work.

.@RichardDiNatale: we need to broaden the conversation about work-life balance in Australia #auspol MORE: https://t.co/OaUTQnF6eh pic.twitter.com/vMVeqpU9oc

The threats to jobs and pay posed by globalisation and mechanisation are real. But so too are the threats posed by the all-consuming drive for profit at the expense of people that is the grundnorm of capitalism. We need to rethink not just the number of hours worked but the very nature of work under capitalism and the alternatives that could exist.

A militant working class campaign for a 20 hour working week with no loss of pay offers that opportunity. It suggests a new world — a world without wage slavery where decisions are made democratically.

'Another world is not only possible, she is on her way. On a quiet day, I can hear her breathing.’

A militant working week campaign can start that.

That would require unions, including the peak body – the ACTU – mobilising workers to strike for a big cut in the working week. Their first hurdle, apart from themselves, would be the Fair Work laws, which make such strikes, except in the bargaining period, "illegal". As new ACTU secretary Sally McManus recognises, it is time to smash such laws by breaking them en masse as workers — that is, by striking.

It has been done before. In 1969, left wing unions organised rolling general strikes across Australia to free union leader Clarrie O’Shea from jail for refusing access to his union’s books as part of his refusal to pay fines imposed on the union for "illegal" strike action. After five days of strikes shutting down various states, an anonymous person paid the fines and the penal powers became a dead letter for many years.

A mass industrial campaign for a 20 hour week could not only win that demand or some compromise; it could destroy the Fair Work Act and its severe restrictions on the democratic right to withhold labour.

But wait, there’s more. Such a militant campaign would, if successful, destroy this government. What are we waiting for? 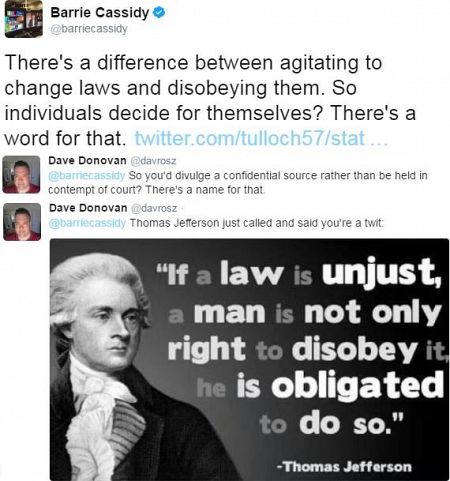