Democrat candidate Joe Biden edges closer to the U.S. presidency. Dr Martin Hirst has ridden the rollercoaster for nearly a day to provide this update.

IT LOOKS LIKE Joe Biden will be the next president of the United States.

While counting is not yet complete in several close races – Michigan, Georgia and Pennsylvania – the Democrats have taken Wisconsin and are likely to get over the line in Michigan.

If they can withstand a legal challenge from Trump’s team, winning Michigan (probable) or one of either Pennsylvania (possible) or Georgia (unlikely) will seal a Biden victory.

Trump has complained in several tweets and in his post-election remarks that the election has been stolen from him by unspecified "cheating" and his lawyers are saying that they will file for a recount in Wisconsin, and to stop any further vote counting in Michigan. A challenge is also expected in Pennsylvania, where over one million votes are still to be counted. 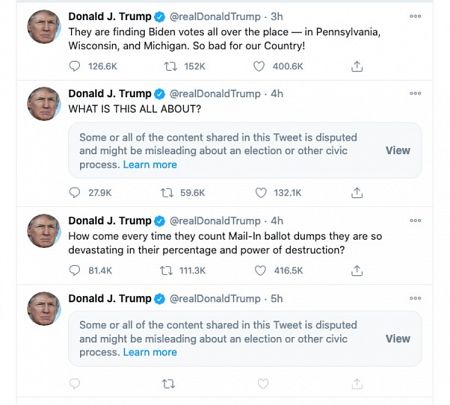 Despite Trump’s tantrums, there is no evidence of fraud or cheating and most commentators have decried Trump’s inflammatory comments as unfounded — in other words, he’s lying again. It’s likely Trump’s legal team will have to wait until all votes are tallied before requesting a recount — counting could take several more days in key battleground states. The national vote does not have to be tallied until 14 December.

The widely predicted Democrat landslide did not eventuate and Joe Biden will most likely not control the Senate. This will give the Republicans an opportunity to play spoiler on any Democrat reform agenda and it will ensure that the deep ideological divide now splitting the nation will fester like an open wound.

America is on track to remain divided and political volatility will remain high as outstanding results are resolved. One good sign is that so far there has not been an armed response; the many so-called "patriot" groups have not yet brought their firepower to the streets.

This could change quickly if Trump ramps up his sullen and angry rhetoric over the next few days. 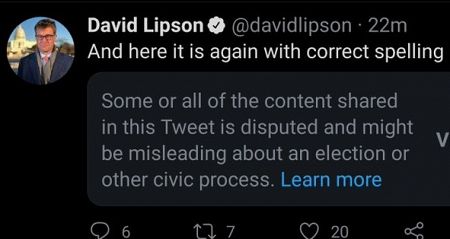 A couple of hours later, Trump made his own public statement from the White House.

It should be no surprise that Trump claimed victory and that there has been widespread voter fraud. But his comments were vague and his allegations broadly without foundation. He said that his lawyers would be taking a case to the Supreme Court to prevent votes from being counted. Trump basically said that he wants legitimately cast votes to be discarded. Just how he might do this is not clear.

Overall, as we publish, after more than seven hours of counting, the result in the American presidential election is there is no clear winner as yet. As was expected, the popular vote – an unreliable indicator – shifted several times during the count. Biden had an early lead and then Trump overtook him. An hour later and Biden was back in front. The one benefit of this uncertainty was perhaps that it forced Trump’s hand and prevented him from making an election night declaration of victory.

Trump surrogates had been boasting that he would win in a "Red wave", but this obviously hasn’t happened. Neither was there any sign of Trump’s lawyers launching action to stop the count in battleground states. But Trump still got well over 60 million votes and surpassed his 2016 total.

We could be two to three days away from a final result. The slow count is likely to favour Joe Biden — but as everyone’s been saying, we have to be patient.

If you didn’t have any context on how COVID has impacted on how people voted you’d be wondering what the hell was going on. Early leads were chipped away and the battleground states were poised for nail-biting finishes. What became clear was that Joe Biden did not deliver on expectations that he would "expand the map" and take battleground states away from Donald Trump. However, he may have flipped Arizona and, if he wins in Wisconsin, Michigan and Pennsylvania, he can win the country.

America could be heading towards a second Civil War

With the U.S. Election approaching, President Trump seems to be agitating his country into a frenzy of violence and hate crime.

This election was always going to unusual because of the large number of votes cast prior to election day. This was further complicated because the counting is not consistent — some states and local election officials count postal votes first or alongside ballots cast on election day, while in other areas the postal votes are counted after election day votes.

The total vote was way up which shows how seriously Americans were taking the election this seriously. The demographic of the count was also interesting. More Hispanic American voters than at any previous election and, in Florida, they voted for Trump; once Red (Republican) states are now flipping towards Blue (Democrat) and Biden has been competitive in once pure Red states like Texas.

Biden chipped away at Trump’s lead from 2016 gaining around four-five points in many states. But it was also interesting that the cities and suburbs were overwhelmingly Democrat and the less populated rural counties were still bright Red. In a state like Georgia, which both sides were desperate to win, this is very important. Around six hours into the count, Georgia looked like a Trump win, but the bigger metropolitan areas had only counted around a third of the votes.

The count was also complicated by the large number of early votes and mail-in ballots cast before election day that hadn’t been counted by late in the evening. In a nation on edge in a year of confusion, outrage and anger, the election has been heavily contested. Patience was cautioned across all the TV networks as vote counting continued and the margin between the candidates fluctuated.

There was certainly a variation built into the count because of the variation in how people voted. A lot of pre-poll voting favoured Democrats while the pundits were all saying that Republicans would be mobilised on election day. It seems that Trump’s maniacal rallies were successful in doing that. They were not designed to change votes, but only to mobilise his hardcore supporters.

As the count increased and more state tallies were close to finalising Trump narrowed the gap on early projections of Biden’s numbers. The reason being the Electoral College. Some states have a huge number of electors, others only send one or two votes to the College. This is what made it so tight.

The criticality is in a handful of states: Ohio, Arizona, Michigan, Pennsylvania, and Wisconsin. In Pennsylvania, over one million votes were not counted late into election night. It was a similar story in Wisconsin and Michigan, where many voters in urban areas voted early.

In the Senate and Congress races, there was some shift, but not enough perhaps to tip the balance of power. This has been a strange election. It hasn’t been a Blue tide for Biden, but Trump has also been unable to boost his numbers beyond his very loyal base.

We will have to wait for a few more days to see how this plays out.

America is still divided and these divisions will not be healed by the election result, whichever way it goes. 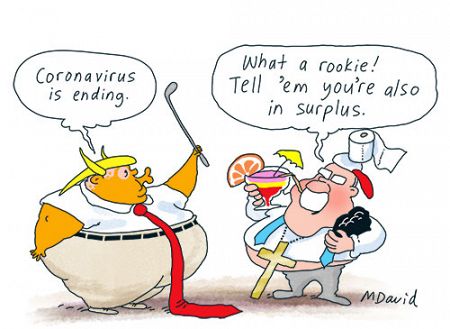 Not a subscriber? Get full access to Independent Australia HERE. Forgotten your members-only password and/or username? Email us for your details HERE.