The Liberal Party still has neoliberalism at its heart, writes Jack Hansen.

WITH THE WORLD transfixed upon the untameable coronavirus jet setting across the world’s borders, the neoliberals within our Federal Government seemingly flinched and, as quickly as the virus arrived upon our shores, discarded their collective loyalties to Friedrich Hayek, Ronald Reagan and Margaret Thatcher and set about preparing for their apparent spiritual transformation.

Concrete evidence emerged of this outward metamorphosis when, in late March, Australians stood with welcoming smiles (albeit with a little disbelief) as the market rationalists of the Liberal Party announced that they were going to dramatically increase the disgracefully low unemployment benefits. In some cases, the increase, in the form of a flat, supplementary payment, would almost double existing unemployment disbursements.

The adjustment for the Party’s leadership must have been at least partially unwelcome, for this was the party of balanced budgets, free markets, lower taxes, small government and generally (if not strictly) speaking less welfare, not more. 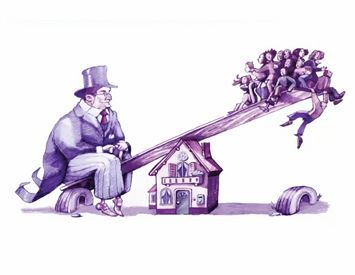 Previously the unemployment payments (promptingly called JobSeeker) had ranged from the harsh sum of $40 a day for singles to the even harsher sum of $56 a day for those who are the 'single principle carer… for any of the following: foster caring, homeschooling, distance education, large family'.

For those “JobSeekers” lucky enough to have access to social housing, where the rents are typically set at a rate of 25% of income (far lower than anything on Melbourne, Brisbane or Sydney's rental markets) these sums drop to $30 and $42 per day, respectively, after rent.

Spare a thought for those forced onto the private rental market due to the shamefully permanent feature of the Australian socio-economic landscape: the social housing shortage. With the Liberal Party having occupied the Prime Ministership for 16 of the past 22 years, as well as enjoying Lower and Upper house dominance during that period, it is little wonder that Australia’s unemployment payments reflect the economic ideology of the Liberal Party: neoliberalism.

Perhaps, it seemed, those on the right of Australian politics had finally seen the error of their ways and were keen to make amends. Coupled with this lavish welfare boost, the Morrison Government would double down on progressive ideology with the introduction of free child care for all families as well as an eye-watering wage subsidy scheme called JobKeeper, whereby businesses that could demonstrate lost income due to the pandemic, could receive up to $1,500 per fortnight which would then be given to their employees in full.

With all the compassion and zeal of a newly minted social worker, Morrison would later say:

“We’re doing whatever it takes to save lives and save livelihoods.”

In any other times, one might be apt to test the drinking water in Canberra.

But we would have been wrong to question the lucidity and soundness of mind of Scott Morrison and his band of conservatives. Even a crisis as world-shattering as the COVID-19 pandemic couldn’t rattle the free-market faith of those steely-eyed neoliberals within the Liberal Party. The unfolding pandemic had not made them question if their beliefs could hold up in a crisis.

Of course, their beliefs told them that there could be no crisis of capitalism, only bad economic actors (people borrowing beyond their means leading to the GFC), bad governments (read China) or those seeking to "interfere" with the market (read the political left).

In order to wright the ship of the Australian economy which had run aground against the jagged rocks of the "Chinese Virus", they had to temporarily hold their collective noses and produce a stimulus package and accompanying welfare bonanza that would prop up the economy and, in all likelihood, prevent an insurrection.

As the dust settled in June and July and the case numbers returned to more moderate levels (in all states bar Victoria, where a dreaded second wave was building), the Liberal Party began to plant a seed in the mind of the everyday Australian that there is no such thing as a free lunch.

In true Liberal Party fashion, the level of government debt was brought to centre stage. With all the foreshadowing of a children’s stage play, the conservative arm of Australian politics lifted the stage curtain just enough so that we could just see the toes of the chief villain of the next act. The national debt had grown to levels unheard of in our era of austerity and small government.

Not wanting to give away the ending just yet, no member of the Morrison Government has been brave (or stupid) enough to suggest exactly what comes next. Though most Australians with even a cursory interest in politics wouldn’t need it spelt out for them. Unprecedented times call for unprecedented measures and unprecedented debt calls for unprecedented cuts.

With plenty of subject matter to draw from given the Liberal Party dominance of Australian politics, predicting the victims of the debt repayment should be a modest undertaking. Previous victims of “balancing the budget” and “paying down the debt” include the now obliterated arts sector, investment in renewable energy, health care, all levels of education, environmental protection enforcement as well as any government agency so bold as to venture outside the accepted arenas of trade, border protection, defence or domestic surveillance.

Alternative measures to pay off the debt have been suggested, however, ranging from raising the GST and switching to a land tax, to a somewhat optimistic idea of growing the economy to such a point that the debt becomes negligible. With the Reserve Bank now predicting economic growth taking “several years to return to the trend path expected prior to the virus outbreak” and record low consumer spending already destroying the “bricks and mortar” retail sector before the pandemic, any notion of taxing consumers in order to pay down the debt sounds a tad starry-eyed about our nations post-pandemic economic recovery.

Australia’s GDP growth since 2000 has been low, save for the mining boom from 2000-2012 (and even that period had some down years). Since 2013, we have not had a single year above 3% GDP growth, with 3 of those years below 2.5% growth, including last year with less than 2% growth (1.89%). This data presents a challenge for those wishing to grow our way out of the debt.

Never to look a gift horse in the mouth, us Australians shouldn’t cynically dismiss the Coalition’s generosity and appropriate actions in these dire times. But when the Treasurer Josh Frydenberg states that the inspiration for his vision of Australia’s economic recovery were those saints of neoliberalism, Margaret Thatcher and Ronald Reagan, I think most Australians will rightly ask when they receive their fortnightly wage subsidy or their free childcare or their supplemented welfare: “What is this going to cost?” 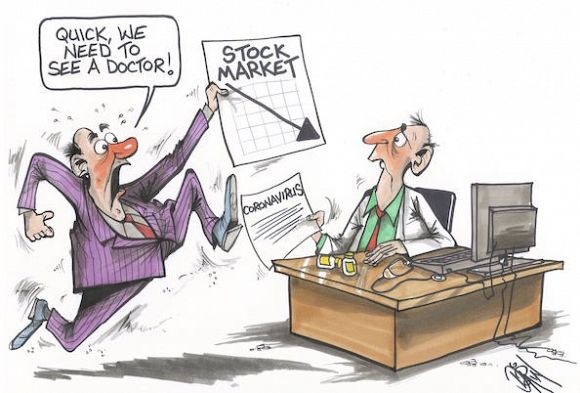 Saving the economy or lives: The new neoliberal 'debate'

Pressure is mounting on Scott Morrison to listen to economists, not epidemiologists, about when physical distancing rules should be lifted.

Jack Hansen is a firm believer in social and economic justice, worker’s rights and a supporter for action on climate change.