Due to international border restrictions and the very high rate of unemployment, Australia's 2020-21 migration and humanitarian programs are likely to be fewer than since the start of post-war migration.

At significantly less than one per cent, and possibly closer to 0.5 per cent, Australia’s population growth rate in 2020-21 may be the slowest since the 1930s.

That would be the smallest migration program since 2004-05. The humanitarian program will have also fallen well short of the ceiling of 18,750.

The Department of Home Affairs (DHA) would currently be preparing advice on the 2020-21 migration and humanitarian programs, which may be announced with the postponed 2020 Budget.

The options for how the Government might frame its announcement of the 2020-21 migration and humanitarian programs include:

The third of these options, with an actual migration planning level that may well be one of the lowest in our post-war history, appears the most likely.

While DHA released a token number of places in the skilled independent and family-sponsored categories on 14 July, it is highly likely the Government will plan to issue very few offshore permanent resident visas in 2020-21. It will want to avoid putting pressure on the 4,000 per week cap on overseas arrivals. 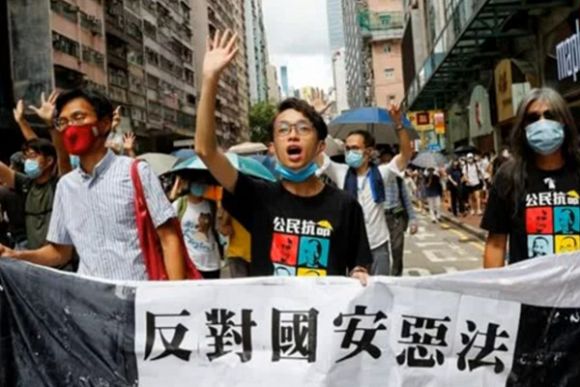 The Australian Government is working on migration options for persecuted Hong Kong citizens, but this idea presents challenges.

There may be a limited number of offshore business skills visas consistent with the Morrison Government’s desire to attract business migrants and associated investment capital from Hong Kong. To do so, the Government would need to work closely with state governments.

There may also be a limited number of offshore employer-sponsored visa places, mainly for health professionals.

There is more flexibility for the Government to issue onshore permanent residence visas but it will be conscious of the current high unemployment rate and whatever policy it announces on the newly arrived migrant four-year wait for social security, that is currently suspended.

If the Government maintains the current suspension of the four-year wait, it would need to factor in the costs to the budget of issuing additional permanent residence visas. If it removes the suspension, it risks an even larger number of people becoming reliant on charity.

DHA will want to take the opportunity of a virtual freeze on overseas arrivals due to COVID-19 to clear some onshore backlogs in terms of partner applications, onshore skilled/business applications sponsored by state/territory governments, onshore employer-sponsored applications, as well as onshore asylum seekers.

Whether it maintains the two-thirds skill stream versus one-third family stream balance is open to conjecture.

The Government will want to use the closure of international borders to clear the very large backlog of onshore asylum seekers that has developed in recent years. If it chooses to do so, that would require around 2,000 to 3,000 places in the humanitarian program for asylum seekers whose applications are approved.

But that would leave a very large number of unsuccessful asylum seekers (possibly 80,000 plus) increasingly reliant on charity, given the current labour market. This is unless they are able to secure work, mainly on farms, which would give the Government some relief from pressure from farmers to allow in more low skilled labour to pick fruit.

As has been the case in recent years, the Coalition Government will spend very few resources in trying to locate and remove unsuccessful asylum seekers, preferring to sweep the issue under the carpet. That approach appears to be supported by asylum seeker advocates even if it leads to the creation of a growing exploited underclass in Australian society.

It is highly unlikely the Government will process many offshore humanitarian visa applications in 2020-21.

If the Morrison Government removes the temporary suspension of restrictions for New Zealand citizens to access JobKeeper and JobSeeker, we may also see a large exodus of New Zealanders who are unable to hold onto their jobs. That would almost certainly ensure negative net overseas migration in 2020-21.

The absolute quantum of population growth in 2020-21 may rank amongst the lowest since World War Two, rather than one of the largest in our history as forecast in the 2019 Budget.

That will have long-term implications for population ageing, economic growth and the Government’s budget position.

8 February 2023, 7:00am With record-sized growth in temporary entrants straining rental and job markets ...