The COALITION GOVERNMENT  is increasingly acting like its loud-mouthed, redneck cousin in the U.S.; full of bluster with little follow-through.

It all began when Secretary of Home Affairs, Mike Pezzullo, informed his staff in an ANZAC Day speech that once again the “drums of war" were beating. Newly minted Defence Minister but always thin-skinned, Peter Dutton, affirmed such sentiment, openly musing that the prospect of war with China over Taiwan “should not be discounted”.

Others, like Senator Jim Molan, joined the chorus and it was recently revealed that Major-General Adam Findlay briefed special forces soldiers last year on the “high likelihood” of war.

The Murdoch press quickly fell into line with cringe-inducing headlines like ‘Let the war games begin’ and ‘China arms for war as QUAD fights back’.

Voices of reason did rise to confront such war mongering. Dr David Brophy, a lecturer in Modern Chinese History from the University of Sydney, argued for a mass movement that would reject Australia’s path to war. 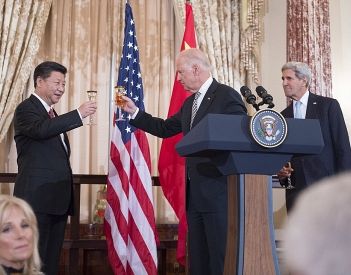 Professor Hugh White, an expert in international security, warned against the devastating consequences of war with China, a nuclear power and a potential regional hegemon.

China has nuclear arsenal. Australia does not. The Chinese fleet is more than double that of Australia’s. China holds armed personnel of over two million while Australia’s active personnel barely surpasses 60,000.

Australia's big-mouthed government cannot back up any of their delusional flexes.

But that’s the point really: Morrison, Dutton and so on are really angling to be the junior partner in a war between the U.S. and China, a potentially devastating scenario involving the two leading military powers with vast nuclear capabilities that could be system-ending.

That’s why governments from around the world are so cautious in their language and diplomacy in areas of contention, especially when it comes to China.

Taiwan, the Phillipines, Vietnam and Japan, who all hold histories directly dealing with the provocations of the Chinese military, have employed a diverse range of diplomatic tools and mechanisms to deal with the rising threat of China.

Most notably, all of these states have played a careful balancing act of engagement with the United States whilst continuing to maintain vital trade and diplomatic relations with China.

No wonder CNN was completely baffled by Australia’s sabre-rattling, observing that:

"The idea of Australia fighting a war against China on its own is ridiculous."

But it does make sense when we consider two factors: distracting a disgruntled public and the lucrative defence industry.

Indeed, this Government has botched the vaccine rollout, left citizens stranded in India, mishandled rape allegations and a toxic culture of sexism, has a Minister accused of a historical rape, a back-bencher accused of online harassment and sexual harassment and all the while also having a laundry list of corruption scandals too numerous to mention.

Talking up war definitely has a Wag the Dog element to it.

But let’s look at the less discussed factor: the defence industry. 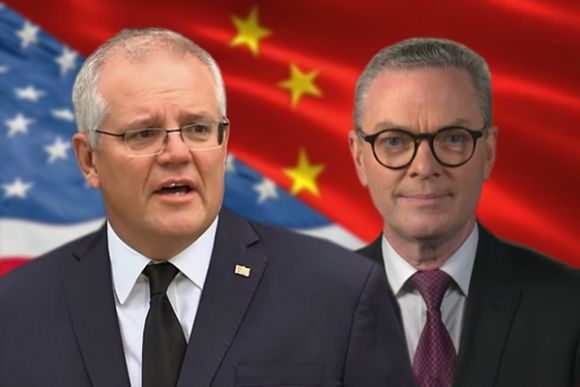 Military spending is big business and it can only operate if there is a credible threat to justify its existence. Fear over expansionist China has become the perfect bogeyman.

Last year, the Government announced a $270 billion "update to Defence spending over the next ten years, an extra $70 billion to the previous allocation and justified based on China’s rise.

Whilst in Howard Springs, Morrison announced $747 million upgrade to Northern Territory military training bases where funding had been “significantly upgraded” in the “hundreds of millions” since first projected. The Northern Territory bases is the site where the U.S. and other allies conduct war game training operations.

Defence Industry Minister, Melissa Price, noted the defence industry employs over 70,000 people and that 70 per cent of Defence spending is invested in local contracts.

The Australian Strategic Policy Institute (ASPI), a hawkish think-tank funded by the Government and defence contractors, has also advocated for the expansion and development of the capabilities of medium-sized defence firms. Price agrees and has advocated for increased capability from the defence industry.

The Coalition Government values the expansion of the defence industry, which is unsurprising when we look at the Liberal Party’s ties to defence contractors.

Pyne’s lobbying firm has been hired by two defence contractors, DroneShield, an anti-drone tech firm and Elbit Systems of Australia, a manufacturer of military technology that is a major contractor for the Australian Defence Force.

No conflict of interest here. 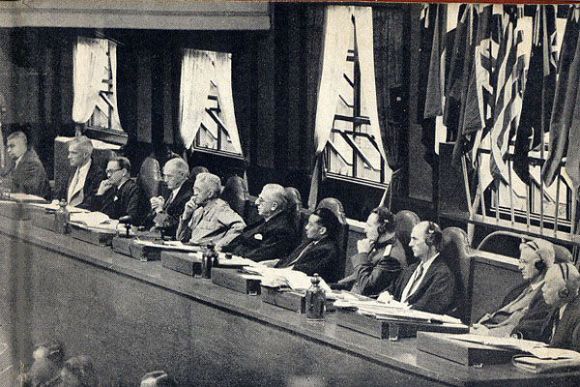 An understanding of an important World War 2 war crimes trial might guide us in handling one aspect of our current contentious China relationship.

According to a report by Crikey, West Australian ship-builder, Austal, led by long-time Liberal donor John Rothwell has received preferential treatment by the Federal Government. Austal is also under investigation in both the U.S. and Australia due to issues with corruption and poor ship-building.

Another donor to the Liberal Party, Thales, has been involved in submarine building through the French Naval Group in Adelaide and most recently a $23.7 million contract was secured for enhanced sonars to be added to the Collins Class submarines.

Naval Group, a company mired in corruption scandals in three continents, was surprisingly awarded the $50 billion deal to build a fleet of 12 submarines in 2016. However, Naval Group hired Sean Costello, a Liberal ex-chief of staff to former Defence Minister, David Johnston, as their new Chief Executive to run the bid.

The deal has increased to a $90 billion spend on the Future Submarine program and only last year the Coalition Government secured that Naval Group would invest 60 per cent of the contract value in Australia for the local defence industry. However, in February it was reported by the ABC that Naval Group has not formally signed off on this pledge and there are concerns that the building process itself has been plagued by delays and increased costs.

It would appear the defence industry is highly profitable, even if the contractors aren’t very good at what they do.

Despite the lack of competence, increased spending can continue while the Government presents a credible necessity for enhanced defence.

Talking up war with China, presented as an evil empire on the rise, can only bring about a flood of funding for the defence industry.

Noam Chomsky and Edward S. Herman described this as ‘manufacturing consent' in their seminal text of the same name. The essence of their argument is that within liberal-democratic societies the mass media functions through a filtering process that creates a platform to ‘allow the government and dominant private interests to get their messages across to the public’ with the intent of shaping perceptions.

What does not feature in the lexicon of politicians, public servants and commentariat is that the prospect of war can be avoided and that the over-sized militaries of the United States and China have a direct interest in avoiding full-frontal war purely from a self-preservation standpoint.

Even a proxy war in the South China Sea or Taiwan would be disastrous for all involved, including Australia. We shouldn’t be talking up such prospects but instead looking at ways to avoid such a scenario.

The Federal Government only sees the next election. Picking fights with China through sound-bites primarily serves the interests of the defence industry and the Liberal Party.