Ashbygate and the Born to Rule Brigade

THE MAINSTREAM MEDIA are gloating about the fact the LNP and Ashby have "succeeded" in their evil little plot to discredit the Government.

They are gloating about the fact that, not only have they ruined a man's career, they have also destroyed a man’s "character".

What a wonderful result that must seem — to have so successfully slandered and defamed another person? To have driven him and his family to the brink?

This person, Peter Slipper, was a man the LNP themselves had endorsed in the Fisher electorate for decades. And he was a man to be ruined by someone who couldn’t have been a more trusted ally; who had pride of place at Slipper’s wedding — though he turned up 20 minutes late, delaying the service and leaving the bride in tears.

The man referred to is Tony Abbott — a man without a shred of honour.

Tony Abbott thought enough of the character of Peter Slipper to celebrate his wedding — yet later scathingly denounced him to the nation in Parliament as a misogynist.

A few of Peter Slipper’s private text messages suggest, at times, he may have had less than admirable thoughts — but who are we to judge? If someone was to trawl through all your own most private words — would you feel exposed? Would you have said things you now regret? These thoughts of Mr Slipper’s ‒ these very human thoughts ‒ do not make him any less competent, or sane, or good, or worthy.

Regrettably, Peter Slipper may very well have been the best Speaker to sit in the Speaker’s chair since Federation — yet he was denied much time to shine by the arrogant, power-hungry narcissism of a bosom friend he’d held for decades.

This kind of personal betrayal is almost unimaginable in a prospective prime minister.

Tony Abbott had the audacity – the temerity – to stand up in Federal Parliament to denounce, discredit and debase his very own former bosom buddy — but if Tony Abbott’s great friend is a terrible misogynist ‒ a hater of women ‒ then what does this say about Tony Abbott?

It says that Tony Abbott is a hypocrite.

It reminds us that this is the same person who was arrested and convicted for vandalism at university; who punched a wall on either side of a woman’s head in a fit of rage after being beaten by her in a student election; who found himself in court for sexual assault after allegedly groping a woman; and who has been, right throughout his life, a bully and a bigot. A man who has been reported to have a tendency to respond first with punches, not words; who flattened a man’s nose and ended up in Glebe Court on assault charges; a man whose greatest love is fighting.

Put simply, Abbott has no right to slander others on charges of character — because he is of base character himself.

Abbott’s more recent "character", since assuming the top job in the Liberal Party, is clearly apparent. He will destroy anything and anybody that stands in his way in a bloodthirsty romp to take the ultimate prize – the prime ministership – something he has coveted his entire life.

Abbott brazenly calls for an inquiry into the 20 year old AWU issue – an issue no one in the Coalition or the mainstream media has been able to produce a shred of evidence about that tarnishes the Prime Minister – but when an inquiry is suggested about getting to the bottom of the Ashby/Slipper affair – an issue in which a Federal Court Judge has brought down damning findings against Ashby and senior members of the LNP, including a former Federal Liberal cabinet minister – he runs back home to mother England and calls it all a witch hunt!

The gall of this man.

When asked about when he personally knew about the Ashby allegations, Tony Abbott, as barefaced as ever, looked Australia in the eye and said:

“"I had no specific knowledge of this until I read the newspapers on Saturday morning."*

Now, thanks to the brilliant analysis of IT expert Kieran Cummings, we can be quite sure that Abbott has lied about this — as he has shamelessly lied about so many other things.

Kieran has proven, by analyzing the meta-data from Abbott’s APH email stream, that Abbott’s Ashby media release was, in fact, written the night before Ashby submitted his court action.

So, Abbott knew all about the Ashby conspiracy — to lay low his old mate.

That is the definition of scum.

His denial of specific knowledge sank further into implausibility when Opposition Chief Whip Warren Entsch confirmed today that he rang Abbott the night before Ashby submitted his claim against Slipper. And how did Entsch know Ashby’s case was about to break in the press? Well, IA can reveal that we have discovered through our investigations that Entsch and Mal Brough are very old friends — much like Slipper and Abbott. But, more specifically, Entsch’s staffer Suzanne Newbury's husband, James Newbury, is none other than Christopher Pyne’s chief of staff.

Christopher Pyne is the one who, apparently, can’t recall sending emails requesting Ashby’s phone number and personal email — but after being shown by a journalist the email he actually did send James Ashby, he changed his story, agreed it happened and then said “so what?”. Then, when it was shown that Pyne has met Ashby on numerous occasions in the lead up to Ashby launching his spurious claim against Slipper — Pyne denied any knowledge of the pending action.

It is now becoming crystal clear that the Ashby conspiracy ran right through the senior ranks of the Liberal Party.

We also have Julie Bishop, someone who says she doesn’t know or care who she is talking to on the other end of a phone — remember Ralph Blewitt? She also can’t recall James Ashby calling her office for “advice” — even though it was allegedly given by her own chief of staff, Murray Hansen. That’s the same Murray Hansen who was caught out plagiarising for Bishop back in 2008.

Then there’s Jolly Joe Hockey — an inexplicable favourite amongst the morning television gaggle. Jolly Joe quietly travelled to the Sunshine Coast in April – that is, just before Ashby filed his court documents – to meet Mal Brough and Clive Palmer at a Coolum steakhouse. Joe says they discussed Peter Slipper — but not James Ashby. Of course not! Now, don’t expect big Joe to remember meeting James Ashby ‒ if it turns out he did ‒ as he has up to eleventy things on his mind at any one time. And if you persist in asking him questions about this affair — well, you can just “go to hell”!

Yes, you can rely on the Liberal Party to tell the truth — but only if their backs are pressed right up against the wall.

And then there’s Mal Brough.

Mal Brough is the man who has been pre-selected by the LNP for James Ashby’s former employer, Peter Slipper’s, seat of Fisher.

In the early stages, apparently before he was aware of how much even the media don’t like him, he also said he didn’t meet James Ashby.

Then, as the truth emerged, it became twice…then three times…

How many times did he really meet Ashby? How many times do you need to meet to plan a conspiracy? I have no idea; I have never planned one? Have you?

The texts messages and information uncovered by Independent Australia’s tenacious investigative reporters show, beyond a shadow of a doubt, that these illiberal Liberals are drowning in a quagmire of conspiracy.

And, of course, the mainstream media know it full well, but they refuse to dig too hard — perhaps for fear of what they might find.

It is clear that from Judge Rares’ findings that this scandalous case was deliberately conceived in an atmosphere of revenge, spite and ambition — to discredit Peter Slipper, to have him removed as Speaker, and to bring down the properly elected Australian Government.

In many places, these sorts of actions are called sedition.

In Australia, it’s called “The LNP’s right to rule”.

It is extremely frightening for our nation that the mainstream media continue to refuse to investigate this issue ­— and to tell the Australian people the full truth.

It is time we asked — why won’t they? 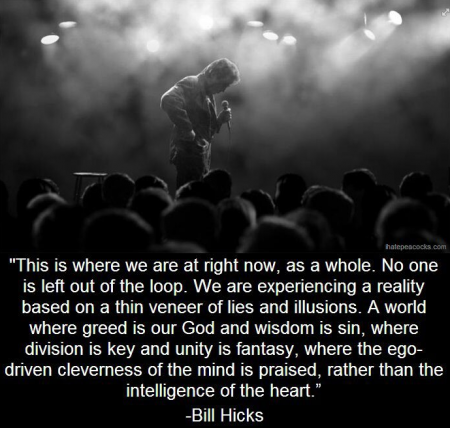 * UPDATE: 17/12/12 Initially, we included a quote by Tony Abbott which had him saying he found out about the Ashby case: “When everyone else knew. When I read it about it in the Sydney Morning Herald.” This quote was incorrect and has now been corrected above.