Are Labor and the Coalition now just political cartels? 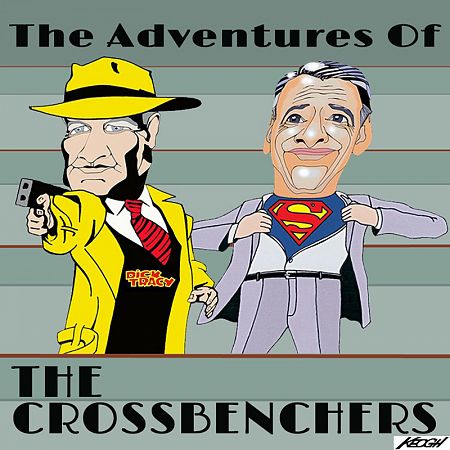 Cartoon with compliments of Bruce Keogh

LABOR'S ABORTED secret deal with the Coalition over public funding – hard on the heels of one of the meanest pre-election budgets ever – has left the major parties looking grubby and opportunistic. With palpable distrust of politicians at an all time high, this cynical bid to bolster their hold on power via the public purse has renewed accusations of “cartel” behavior.

Whilst it's true every sitting member would have received the same funding under the aborted bill, on a per vote basis, the major haul would have accrued to the ALP and the Liberal Party.

In an interview on ABC’s AM on 29 May, (the day before opposition leader, Tony Abbott, declared the bill “dead”), Independent MP, Tony Windsor, went to the heart of what he saw at stake — our democracy:

"If people out there have some concern about their democracy — and I think they should start to get a little bit concerned about this particular issue, because all this is doing is locking in the two giants, the two major parties, so that they have this massive advantage over anybody else who wants to enter the playing field. That's what it's about. They're quite comfortable having both sides of the tennis court occasionally but they don't want other players in the pack. So that's what this is all about."

People aren't angry, people aren't disappointed; they're ashamed of this attempt at so-called political reform that looks like cartel behaviour and collusion.

A “cartel party” is a party that deals itself resources of the state to maintain its powerful position within the political system. The emergence of the cartel party in Western Europe was first identified by Katz and Mair in the 1990s. Like commercial cartels, major political parties colluded by employing the resources of the state to ensure their own collective survival. Election campaigns were:

'...capital-intensive, professionalized and centralized, and are organized on the basis of a strong reliance on the state for financial subventions and for other benefits and privileges.'

The transition of the two major parties from mass membership models to cartels for the elite has disenfranchised party members from the political process. The steady disengagement from their membership base has seen valuable ideas crucial to problem-solving and policy-making forfeited.

As a result, the public feels our politicians no longer represent its interests but are held captive by powerful factions, unions, lobbyists and vested interests, or – in some cases – powerful foreign interests such as the United States. The Gillard government’s abandonment of Julian Assange flies in the face of the wishes of Australians who poll after poll have shown they want the government to do more. As there’s little hope of an Abbott government stepping up, it is left to the Greens as the public's only voice.

It’s not easy to identify with politicians whose professional experience is largely limited to running unions or working in a law office. Many have made a career out of simply being a professional politician. Charismatic leaders used to help grow membership. But the love-ins of the kind we saw in the early days of Gough are a thing of the past. Never have the leaders of the two major parties been more unpopular, nor party membership so low.

Is the cartelization of our major parties a threat to democracy? How seriously should we take Tony Windsor’s and Rob Oakeshott’s concerns?

Professor Ian Marsh has been a prolific contributor to public discussion about the role of government and was former Research Director of the Liberal Party of Australia. As editor of Australian Political Parties in Transition – essential reading for anyone seriously interested in Australian politics – he examines the contributions by some of Australian’s leading academics on the evolution of the Australian party system to the cartels of today.

That isn’t to say that all political pundits and analysts agree with his findings. Professor Wayne Errington from University of Adelaide and Professor Narelle Miragliotta from Monash University in their paper ‘Adversarial Politics and Cartelization in Australia’, contend that adversarial competition between our two largest parties can slow down the process of cartelization. Errington and Miragliotta also believe the real motivation of political parties seeking inclusion in the Constitution is less to do with imposing fetters on their operations than protecting their interests in the event of a Senate vacancy caused by the death or resignation of one of their members.

Marsh, on weighing up the evidence on the other hand, says the notion of a cartel model that dominant producers (in this case political parties) will conspire to protect their position and block new entrants is 'older even that Adam Smith'.

The first is the "party-based system", which started with the Labor Party in 1891 and consolidated with the formation of the Liberal Party in 1944.

The second phase is what Marsh refers to as the "golden age" from 1944 to 1972 when mass membership of the two parties dominated the political system.

This was succeeded by the third, "catch-all" phase that lasted until 1983. Inspired by social movements unrelated to any socio-economic class, both parties sought to broaden their base by campaigning on issues such as equality of women, saving the environment, gay and indigenous rights and multiculturalism. 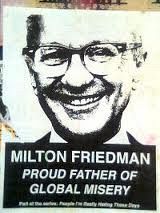 Significantly at the time, and paralleling the rise of social movements, was the emergence of the social counter-movement — neo-liberalism.

The fourth phase, post 1983, is when cartelization of Australian politics began. It was the year that Labor was elected and along with the new Hawke-Keating government (1983-1991) came a new bipartisan economic agenda. Former government economics adviser and now Fairfax economics columnist, Dr Lindy Edwards, argues that neo-liberalism was actually kick-started by the former Labor government when Whitlam cut tariffs by 25 per cent.

What followed was one of the most profound shifts in Australia’s economy policy ever witnessed. The economic reforms underpinned Australia’s flexibility to withstand the 1990s recession, the 1997 Asian Financial Crisis and the 2008 Global Financial Crisis.

Deregulating the financial market, floating the dollar and slashing tariffs were a bold departure from traditional Labor orthodoxy. And even more remarkable for a Labor government — the introduction of a centralized wage fixation (the Prices & Incomes Accord).

The unusual marrying of progressive ends (compulsory superannuation) and market-based means later became known in Labor parlance as "the Third Way" as a new generation of pragmatic social democrats like Tony Blair’s "New Labor" joined the throng of economic rationalists and their conservative counter-parts in thrall of the new neoliberal doctrine.

But the “Third Way” was not the silver bullet for distributing wealth and opportunity it was cracked up to be. The price to pay for bipartisanship was that it limited opportunities for disenfranchised voters to voice an alternative opinion, resulting in a further decline in party membership. With debate stifled, the policies of smaller parties also failed to get oxygen.

By the 1990s, it became clear that major parties in advanced Western democracies were, indeed, moving to consolidate the power of their party elites against ordinary members (significantly through changes to rules governing voting and funding systems). It also spelled doom for new challengers. But with the recent rise of social media, especially citizen journalism and Twitter, Australians now have their own political platform, encouraged by the "new media" (the 5th estate) such as Independent Australia.

(Part 2, tomorrow, on what's ailing our two major parties. Is their sway over the community weakening and what does this signify for new entrants, particularly independents?)