Australians need to be very careful on polling day, writes Barry Everingham, because if Tony Abbott becomes Prime Minister the fabric of our society will change dramatically. 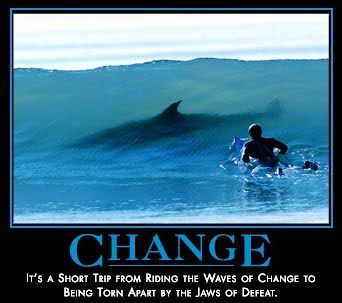 For him to say, without any equivocation whatsoever, that his front bench will remain intact in the event of his elevation to The Lodge is surely one of his scariest predictions ever and must send shock waves throughout the thinking sections of the once great Liberal Party.

Does he really believe Julie Bishop could represent Australia at world forums like the United Nations? Julie Bishop at Westminster or the White House or the Élysée Palace or the Kremlin? Julie Bishop receiving top officials visiting this country and holding intelligent conversations with them?

Perish the thought. I don’t think so.

As for the other Bishop ‒ Bronwyn, of the metho kerosene baths at nursing homes fame ‒ the only role that would interest her would be Speaker of The House.

Any party opposing an Abbott Government would be silenced by this ancient spectre, whose pre-selection should have been denied (at least) two elections ago.

She would be relentless.

Her hatred of the Prime Minister has reached paranoid levels, and it must never be forgotten she sided with the disgrace and disgraceful Alan Jones when he made his remarks following the death of Ms Gillard’s father.

And while on the subject of those who are disgraceful, let’s never forget Cardinal Pell’s Parliamentary representative Kevin Andrews — a man who personifies the lack of humanity which runs through Abbott’s acolytes.

He was responsible for the heartless treatment of Dr Muhamed Haneef — treatment which cost the Australian taxpayer millions of dollars in legal fees and eventual compensation.

Then there’s the chief clown of the Australian Parliament, the hissing and mincing Christopher Pyne — whose only redeeming feature is his support for an Australian Republic.

He has wasted more Question Time than any other politician in Australia’s history, with totally irrelevant points of order — most of which are ignored by the long suffering and patient Speaker.

Pyne recently outed himself as an anti-Semite, by his tasteless remarks equating the Gillard Government to the last days of Adolf Hitler’s Nazi Germany.

As though that wasn’t bad enough, the lack of comment from senior Liberals following the remark was deafening. It’s little wonder that a close Jewish friend – a leader in his community – once remarked to me that decent Australian Jews would find it difficult to vote for a conservative government.

“Sure,” he said,” we contribute to their appeals for cash, but in the secrecy of the polling stations it’s another story!”

“The spectre of that arch German conservative, Adolf Hitler, is never far from our thoughts,” my friend said.

The dreadful Sophie Mirabella must surely hold the record for the number of times an MP has been kicked out of the Chamber, after she waddles up to the Despatch Boxes and asks arrogant and useless questions to either the Prime Minister, the Treasurer, or her opposite number on the Government front bench.

Her appalling performances on TV or at public meetings would surely earn her the sack from a savvy Opposition leader — and it should be remembered that Malcolm Turnbull wouldn’t have a bar of her.

Mirabella is admired by David Flint, who holds her up as an icon of those wanting to retain the moribund constitutional nonsense we are currently bound to.

Over in the Senate – or as Paul Keating so eloquently described it, “that unrepresentative swill” –Barnaby Joyce is a clone of Christopher Pyne, but with humour and humanity.

The indefatigable commentator on things political, Mungo McCallum, once correctly described Barnaby as

“…the only spokesman on fiscal matters who has to remove his trousers to count to 21."

Not so laughable is Senator George Brandis, who under an Abbott Government would be Attorney-General — and who, more than likely, would act to diminish our individual freedoms.

The likes of Andrew Bolt would have free reign to voice his hateful racist opinions on Aboriginals, asylum seekers and those on the margins of society.

Australians need to be very careful on polling day; if Tony Abbott becomes Prime Minister the fabric of society as we know it will change dramatically — he admitted as much when he heaped praise on Gina Rinehart.

Surely, that says it all.