Tony Abbott should also apologise for the comments he made about the travel costs of grieving asylum seekers. Barry Everingham comments.

Just when Tony Abbott sinks to what seem to be the lowest of depths even for him he manages to go further down his own sewer for obvious political gain.

He has come out in agreement with his moronic immigration spokesman Scott Morrison, that it was "unreasonable" for the Government to spend taxpayers money flying the relatives of the drowned asylum seekers to Sydney for funerals.

Morrison made his comments on ABC radio at around the same time the funeral service was being held in Sydney.

Abbott endorsed Morrison's comments yesterday on Melbourne talkback radio. "It does seem a bit unusual that the government is flying people to funerals," he said, blowing hard on his ever-ready dog-whistle.

Morrison today had the grace to admit that he was insensitive in making these comments, though only with regards the timing, not the content, which he defended.

“Timing in terms of comments I think is very important. The timing of my comments over the last 24 hours was insensitive and was inappropriate,” he told 2GB's Ray Hadley.

Meanwhile, Abbott has applauded Morrison for his apology. His own contribution, however, was not mentioned. “I want to thank Scott for being man enough to accept that perhaps we did go a little bit too far yesterday," he said, implying that Morrison was also apologising also on behalf of himself or the party as a whole. One would have thought that was the leaders job.

Why does Abbott continue to play dog-whistle politics when it comes to asylum seekers? He mustn't doesn’t understand that prejudice doesn’t wash with the Australian public, except for the small but vocal segment of xenophobic Australians—the ones who get all excited when Alan Jones and the Murdoch extremist tabloid columnists let loose with both barrels on people who don't share their un-Australian bigoted right-ring views.

Abbott, of course, has blatantly lied that’s all well in the Liberal party, and that his people are 100 per cent behind him. No-one could reach that impression from the reactions of Joe Hockey or Senator Troeth yesterday, as they leapt to condemn the statements of Abbott and Morrison and distance themselves from such shabby, tawdry, populist rhetoric.

Fact is, Abbott is a phoney—if he was really concerned about the cost of $300,000 spent flying the mourners to Sydney, then he and his troglodyte cohorts would have asked a few questions about the millions of  taxpayer dollars the Howards used and abused while they lived for all those years in Kirribilli House, virtually abandoning The Lodge. 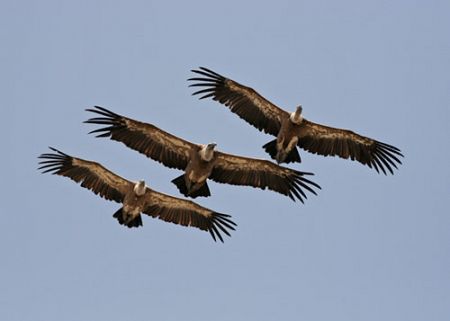