Abbott implicated in Ashby conspiracy by (10 hours of bullsh)IT

Tony Abbott has been implicated in the James Ashby conspiracy — and now has been exposed trying to cover his tracks, using IT as an excuse. Tech expert Kieran Cummings reveals the truth.

SO, ABBOTT has been caught with his hand in the conspiracy jar and the first place he decided to go was with the IT problem angle.

Let’s rehash some of what Paul Osborne from AAP wrote yesterday on this issue [IA emphasis]:

Federal Labor is trying to link Opposition Leader Tony Abbott to its claim there was a Liberal National Party (LNP) "conspiracy" to bring down former party member Peter Slipper and, by doing so, the government.

The attack came as Mr Abbott's office denied it began drafting a media release responding to the April 20 filing of court documents by political adviser James Hunter Ashby, accusing the then parliamentary speaker of sexual harassment, the night before the story broke.

The metadata of the media release on the Ashby matter sent by Mr Abbott's office to media outlets indicates it was "created" at 11.08pm on Friday, April 20, 2012 - before News Limited published its exclusive story on the Saturday.

Asked to explain the discrepancy between the time the document was apparently created and transmitted to the media at 9.17am on the Saturday, Mr Abbott's office said that during April the computer server timestamps were sometimes out by up to 10 hours.

Having worked in the IT industry for a long time (almost 20 years), I felt it was my duty to explain how Abbott’s line that “during April the computer server timestamps were sometimes out by up to 10 hours” was wrong ― and why it was – at best – improbable and – at worst – impossible.

Let’s take this on face value: the Australian Parliament House (APH) network – like most corporate and government networks – is a complex beast. Spanning politicians on all sides of parliament and public servants alike, security is paramount. To maintain the level of security in APH time is essential. 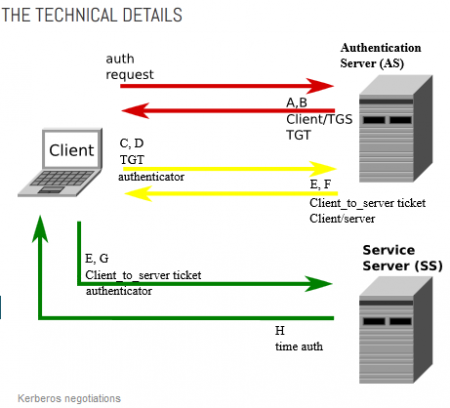 If you work in IT, you know that setting a clock even one hour out will cause your network to fall over, as the tolerances for Windows Server is five minutes difference in time. Even if you set a different timezone, Windows Server will not accept login credentials from a client computer if the time is more than five minutes out.

This, however, is not what Abbott is claiming.

He is claiming that the SERVER was out by ten hours, which means the WHOLE of the APH network should have been out by 10 hours. This is obviously not the case, because if it was a massive IT failure would have caused chaos during April 2012 in APH. You would have thought such a massive administrative failure would be headline news, not unlike the recent transition from Microsoft Exchange to Microsoft Office 365 that exposed calendars of politicians.

So, how could the time be set wrong if all these boxes are ticked?

Well, there are two ways: when the server was initially set up the person doing so may have just clicked through, rather than reading the prompts; this, however, would give the system a -8:00GMT (US Pacific) time zone, not GMT (10 hours out).

The other way is for a domain admin (like myself) to set the Active Directory (AD) server to 10 hours out and attempt to propagate it across the network. This will mostly not work as AD updates in 15 minute increments & the time is synchronised during this phase. If the servers connected to the AD server are out by 10hrs, they will not synchronise as the Kerberos Server (Windows Server’s authentication protocol) will reject their authentication requests.

The last ditch effort for Abbott would be the files being created locally on a computer that’s 10 hours out, then moved to the files to the server. This, however, would still show the actual time of creation according to the server time zone, not the client. Add to this, Abbott would not have been able to connect to the network if his laptop was 10 hours out.

Something doesn’t match up here, and I’m sure email, server, and support ticket logs will show that the documents were indeed created prior to The Australian publishing the story to which the press release referred.

So what does this mean? Well, it means Abbott is both lying and embroiled in the Ashby affair. We know that Brough, Pyne & Bishop have all played their part in this, so how could Abbott not be involved? He has already shown contempt for democratically elected politicians with his Australians for Honest Politics slush fund, the Ashby case fits the same modus operandi. 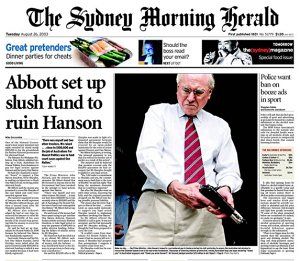 UP TO HIS EYEBALLS

Abbott’s attempt to use technical excuses in the Ashby/Brough affair shows that he is not only heavily involved, but it is clear he is trying to cover up his involvement in a conspiracy to bring down a sitting member of parliament and the legitimate government of Australia.

Seeing as there are no journalists willing to run forensics on these files, I have requested to see the PDFs, documents and emails from said journos. I have obtained PDFs edited on 23/04/12 (after the press release) and it seems the timezone information has been modified to show it as UTC on the 23/04/12 at around 9:30 am:

By default, MS word outputs PDFs in local time as you can see by the following image:

(Remember: the top image is Abbott’s press release, the bottom from a PDF I just output from MS Word.)

Notice the difference and the times Abbott’s PDF was edited.

To clarify, the top dates are from Abbott’s PDF and clearly show that:

This is a glaring discrepancy and shows that the documents were edited before being submitted to APH. Even if this is the case, the second document sent in the press release would have to have been created AFTER it was sent, if the time zone was indeed UTC.

I have tested to see if a document created within UTC time zone would output with a "Z" as the time zone code and found that it will not when exported from MS Word ― the time zone code defaults to “+00’00′”. The only time you will get a Z time zone denotation is if you export via Adobe Acrobat itself (that is not with the Microsoft Word PDF export). We can clearly see this is not the case from the “PDF Creator” and “PDF Producer” line.

Furthermore, looking at the PDF created by the same user (mcdulingg) submitted from the day before clearly shows “+10’00′” (AEST) time zone. So that’s that ― the date has been modified on the 23/04/12 to attempt to show the time zone as UTC.

* 16/12/12 This story originally said "Tony Abbott was best man at Peter Slipper's wedding". This was incorrect and we unreservedly apologise for this error.

(This story was originally published in a slightly different form on sortius-is-a-geek.com and has been republished with permission. You can follow Kieran Cummings on Twitter @sortius.)