Abbott and Brandis like to loudly proclaim their commitment to “freedom of speech”, however their proposals to collect and probe all Australians metadata is flagrantly and dangerously contrary to this principle, writes Kieran Cummings.

“Those who would give up essential Liberty, to purchase a little temporary Safety, deserve neither Liberty nor Safety.”

SOME 259 years ago, Benjamin Franklin wrote these words and they have never been so important to use as today. With the ability for law enforcement and intelligence agencies to collect data on ordinary citizens, we must constantly remind ourselves of the importance of privacy.

In July 2012, the former Labor Government decided to introduce legislation expanding the capabilities of law enforcement and intelligence services to allow unfettered collection of data on Australian citizens. Under the guise of ‘metadata’, then Attorney-General Nicola Roxon embarked on a brave new world of collection of everything from what Facebook posts you like through to who you send instant messages to.

This was troubling for many — and none more so than current Communications Minister, Malcolm Turnbull.

At the time (as reported in Delimiter) Turnbull made a speech saying:

“The German Federal Constitutional Court has recently struck down a similar data retention law noting that “meta-data” may be used to draw conclusions about not simply the content of the messages, but the social and political affiliations, personal preferences, inclinations and weaknesses of the individual concerned,” said Turnbull.

“Leaving aside the central issue of the right to privacy, there are formidable practical objections. The carriers, including Telstra, have argued that the cost of complying with a new data retention regime would be very considerable with the consequence of higher charges for their customers.”

This damning assessment, unlike much of what Turnbull has said concerning his portfolio, was right on the money. The cost, both socially and financially, was too great to even consider introducing blanket monitoring of citizens.

The concern, as made clear, is that the gathering of metadata may ‒ and almost certainly will ‒ become a tool of political and social injustice.

With George Brandis spectacularly unable to even define ‘metadata’, we have to question whether the current Government, like the previous, actually understands what is involved in metadata gathering.

This is not, as our Prime Minister Tony Abbott claims, only the information on the “front of an envelope”, but rather the front, back, and a large chunk of what is contained within the letter.

This will not just be web history, or even emails, but VOIP (Voice over IP) calls, instant messaging, SMS and even mobile phone calls.

There is no limit to data collection — and this flies in the face of what most would agree were basic human rights for citizens in a democracy.

There is no standard against which the term ‘metadata’ is measured. To me, it’s just a buzzword being bandied about to obfuscate the true intention — the warrantless surveillance and data collection of all citizens.

What is stored will be everything from the content type, the origin, destination, even geolocation data. With many Australians having mobile devices such as phones and internet connected tablets on their person almost 24/7, this allows the monitoring of people’s physical location with no warrant.

So, what are the reasons for these sweeping changes to how our law enforcement and intelligence services conduct themselves? Well, apparently, terrorism.

Even though the current systems in place have worked fine in thwarting even the suggestion of terror attacks, we need expanded powers to allow every citizen ‒ guilty or not ‒ to be monitored. The presumption of innocence and due process appear to be secondary to this Government’s aims and may be willingly and readily jettisoned at any time.

The problem with this rationale is that there have been no measurable benefits to massive data collection, as has been shown by the litany of NSA and CIA whistleblowers. The signal to noise (SNR) ratio of this data ensures that little to no threats can be picked up — all at the expense of the privacy of individuals.

Add to this the financial burden of storing two years of data and we have citizens actually paying to be spied on.

Paging all "tech heads", your help required... via @FinancialReview pic.twitter.com/f48aEr8iPi

Once passed, these laws will only be expanded to gather more data and suspect more people of crimes they have not committed. The idea of building a case against a suspect is thrown out the window, with the general population being assumed guilty, this moving toward fascist states of the past century.

Instead of focusing on old fashioned police and surveillance work, the lazy new world of data collection focuses on removing rights to the point where we are so afraid of our Government we dare not speak out.

That the supposed need for this comes from intelligence services that lied their way into a war in Iraq points to this being a fundamentally self-serving policy. That is, if everyone is a terrorist, then there needs to be ever bigger budgets for agencies like ASIO and ASIS that monitor the data.

The consequences are a society where opposition to governments, policies, and corporate interests are treated as crimes, rather than the robust debate required for a functioning democracy.

Welcome to the Abbott police state.

"Just metadata": Just where u go, what you do, who u speak to, who u write to, what u read, what u purchase.. #auspol pic.twitter.com/Nuuitd0Ga8

With the introduction of new laws, whereby merely travelling to countries where ‘terrorists’ operate reverses the presumption of innocence and may land people in gaol, the blanket collection of ‘metadata’ is a worrying prospect. Guilt by association has been utilised many times in the past to oppress populations and suppress dissent.

The extent of the damage these laws will do to our society is unfathomable until after the fact, and once introduced, much like a parasite, will be difficult to remove.

The suggestion that these laws will not be used to infringe on rights is laughable, as even without such wide ranging changes to legislation, law enforcement and intelligence agencies have frequently used the tools at their disposal to collect data on law-abiding civilians, including through the use of legal warrants.

This new age of clandestine surveillance ushers in an era of paranoia that the world has not seen. Championed by neo-liberals, libertarians, and conservatives, these policies create an environment they espouse to fight against. The idea of ‘freedom of speech’, so loudly proclaimed by the same sections of society, is ignored in favour of mass surveillance and monitoring of the innocent citizens.

The defence is always “if you’ve done nothing wrong you have nothing to hide”, yet the legislation is kept away from the public eye as much as possible during the introduction with “trust us” being used to deflect criticism.

Any citizen who trusts a Government so keen to give up their liberties to form a surveillance state is either naïve or doing a disservice to democracy.

@FKA37C @davrosz What a succinctly brilliant explanation! Sounded like the lord's prayer being uttered in Urdu. 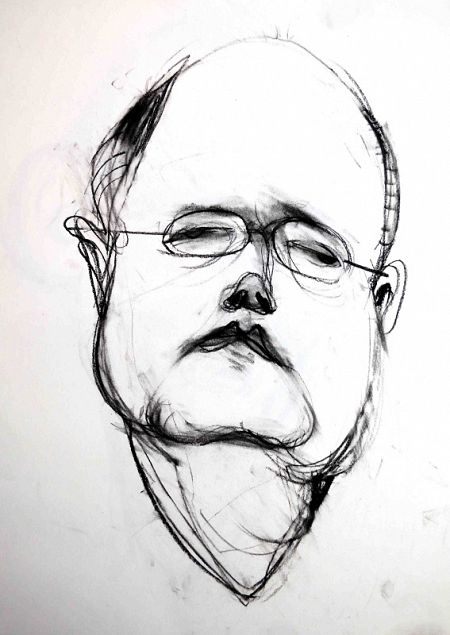 All George Brandis explained this morning was why it is generally unwise to do TV interviews after smoking crack.