AS OF EARLY October, COVID-19 has cost over 200,000 lives and resulted in more than 7.5 million cases in the United States. The U.S. now has the highest number of fatalities in the world due to the pandemic and is ranked 10th in terms of death per capita.

Our recently published narrative review highlights U.S. policy and technology responses to COVID-19 from January through mid-August. It discusses the highly decentralised response: National-level Government and other agencies have focused on economic stimulus and relaxing health technology regulations, while state and local authorities have largely shouldered the responsibility for containment, testing and treatment.

U.S. policies have not been based exclusively on scientific evidence but rather to a large extent on social pressures. This is not bad in itself, as our understanding of the SARS-CoV-2 virus/COVID-19 disease and the effect of non-pharmaceutical policies are continually evolving.

In particular, the epidemiology of COVID-19 and the effect of containment policies is dynamic and depends on population adherence, which is in turn dependent on social pressures. Therefore, reducing said uncertainty by implementing policies the public is willing to follow has a certain value.

While the Federal response can be interpreted as a lack of leadership from the Trump Administration, it does allow states to be in charge of more targeted responses — a strategy to which Germany’s success is partially attributed and which other countries are beginning to implement.

Looking at approximate cost-benefit trade-offs of a comprehensive lockdown policy, we calculate that a 30-day shutdown generates an economic loss of about $416 billion and a health benefit ranging from $151 billion to $453 billion. These numbers are meant to be taken as coarse, relatively conservative calculations.

Comparisons, even within the U.S., suffer from differences in data availability and case definitions. Even so, knowledge about hotspots, how the virus spreads and social priorities (for example, re-opening schools vs restaurants), should be used to construct more nuanced lockdown policies.

If the current round of lockdowns and re-opening pauses are successful in reducing COVID-19 prevalence, subsequent priority must be on curbing transmission via public health measures like masks and testing.

Thirty-four states have implemented mask use, with self-reported mask-wearing rates varying even between neighbourhoods. Testing efforts have improved drastically over the course of the pandemic, but there is still variation in testing rates and test result turnaround times. Shortages in various testing supplies and reagents continue to be a problem and hamper testing efforts at a local level. 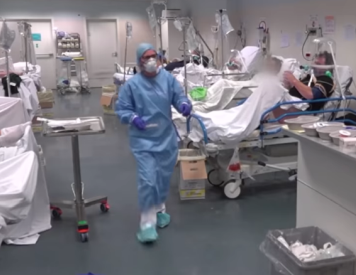 How the coronavirus crippled Italy

August and September usually signal back-to-school across the U.S., but this fall has looked very different for most primary and secondary school students. In most states, public school re-openings are determined at the local district level, with many of the largest school districts operating fully online this fall.

At the university level, 44 per cent of four-year universities have started the academic year fully or primarily online and student return to campuses across the country has been accompanied by increases in COVID-19 spread. Although there is a link between students on campus and COVID-19 infection increases, the lack of transparency and systematic data collection and reporting makes it difficult to determine which containment policies (for example, frequent student and staff testing), have been effective.

Although the U.S. has increased mitigation efforts after its initial failure to control COVID-19, additional public health and social issues have interacted with the pandemic, further straining public resources and confidence.

After the murders of George Floyd and Breonna Taylor, Black Lives Matter and anti-police violence protests occurred across the U.S. and the world. This created a new focus on health disparities – including COVID-19 infections – caused by racism. To exacerbate matters, the U.S. Presidential Election is fast approaching, with President Trump recently stating he may not step down if he loses the race — and he has acquired COVID-19 himself.

There is no easy solution to balancing the human health, economic and social costs of COVID-19, but it is clear the pandemic isn’t going away any time soon. State policy must focus on controlling unchecked viral spread through lockdowns and then effectively implementing the testing and tracing strategies that have been successful in other countries. 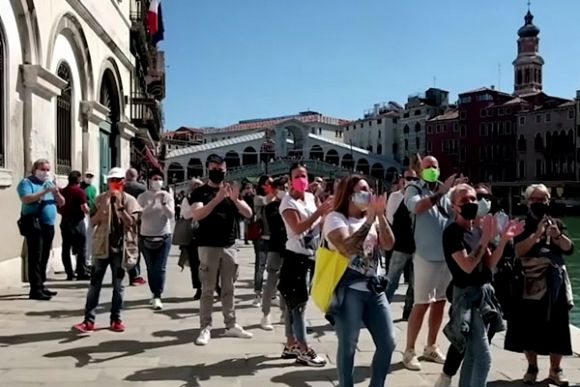 Australia faces the dilemma about what level of decision-making to apply for a COVID-19 exit strategy.

The National Government should continue to focus on economic recovery but shift the framing from stimulus to longer-term disaster aid and relief, including a focus on safely returning children to in-person learning at school.

Further, adherence to public health measures is key: to the extent possible, politicisation should be limited. If public leaders could unite behind the message to follow evidence-based guidelines – however uncertain and evolving they may be – economic and public health goals would be much more attainable.

1 November 2020, 8:00am Public health measures are key to controlling COVID-19 in the U.S., which is ...
Join the conversation
comments powered by Disqus
News updates