The U.S. may own our Tim Tams and the Golden Circle pineapple we put on our pizzas, but this recipe for "fancy" fairy bread by food site, Food52, goes beyond the pale.

This U.S.-based site has dared to throw some sprinkles on toasted jam and bread with freaking mascarpone cheese and call it “fancy” fairy bread. Not just bread, but some Frankensteinian concoction with hidden vegetables.

This outrageous offering comes from a nation that has cheese in a can and marshmallows in salad. Our reaction can only be one of shock and indignation.

In the words of American novelist Henry Miller:

“Americans can eat garbage, provided you sprinkle it liberally with ketchup, mustard, chili sauce, Tabasco sauce, cayenne pepper, or any other condiment which destroys the original flavor of the dish.”

I move that “super-quick fruit compote” be added to Miller’s list.

Quote in the Food52 author’s notes:

“There are few treats that are kid-friendlier than fairy bread — a crunchy-sweet combo of white bread, butter, and sprinkles from Australia and New Zealand.”

From the start, they confess to knowing what the authentic recipe is! Then proceed to outline how to make something only obliquely related. They condemn themselves outright as the perpetrators of this heinous culinary crime.

With rage usually reserved for an Italian who has witnessed someone adding cream to carbonara, or a Brit who has watched someone microwave a cup of water to make tea, I scan through the recipe.

An outright lie it would take that long just to make the raspberry compote alone. Serves four. If you limit everyone to one slice (they don’t even cut the bread into four triangles for goodness sake!) then it might serve four, but no one in the history of the world has just eaten one slice of fairy bread. That is a lot of expense and preparation for four slices of jam toast. 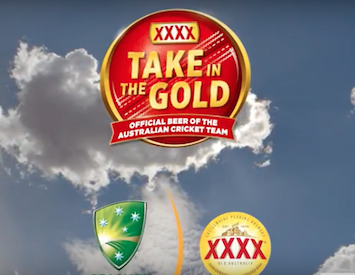 Cricket, grog and junk food: A recipe for obesity

This goes against the basic premise of fairy bread: it’s cheap ingredients which come together in sugary sweet harmony.

Australians and New Zealanders know what fairy bread is. At the risk of provoking Pavlova Wars II: Fairy Bread Origins, the first published mention of fairy bread was in the Tasmanian Mercury newspaper on April 25, 1929.

Almost 100 years on and the basic recipe has not changed:

There is some conflict about whether the purest form uses butter or margarine, however, since margarine was not commercially available until 1932 (Nuttelex), the ubiquitous Meadow Lea margarine wasn’t released until 1939. So the inaugural fairy bread was slathered in butter. Butter is also mentioned in the Mercury article.

The bread? It must be thinly sliced white bread. Usually the cheapest kind. Anything else is merely fairy bread adjacent and not the true fairy bread. It must never be toasted, but soft and squishable.

Crust on or off? Usually, crust on. This gives you a handle free from butter and sugary balls and provides stability to the usually paper-thin inexpensive white bread used. The crust is usually discarded.

Fairy bread must be cut into four triangles. This is a fairy bread rule that can’t be breached.

Hundreds and Thousands, those colourful brittle balls of sugary delight, are the only acceptable topping. Sprinkles are more commonly small oblong sticks made of sugar and corn syrup. They are quite simply, wrong.

It’s unknown when these were invented, but there have been mentions in recipes from the 18th Century. Originally known as “nonpareils”, in Australia, New Zealand, South Africa and the UK they are more commonly called Hundreds and Thousands.

As for the Food52 suggestion that 'chocolate or rainbow sprinkles for a fancy flourish' can be added? Well, chocolate sprinkles on bread is a traditional Dutch dish called Hagelslag, but go ahead and assault yet another country’s beloved food in this one abomination of a recipe.

Perhaps my incendiary umbrage at their perversion is misplaced, but like any misinterpretation of a regional culinary treasure it’s not just about the actual foodstuff itself, it is an attack on our history and culture. 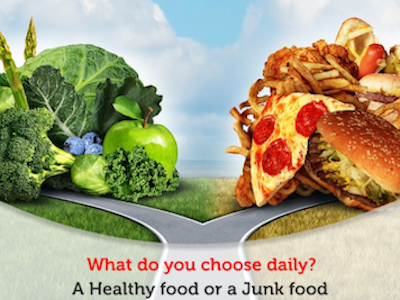 Is the government focus on categorising food choices actually setting our children up for eating disorders?

Generations of Australians from all backgrounds have at one stage come together – usually on the occasion of a child’s birthday party – and almost without fail, snuggled among the tepid party pies and sausage rolls would be a plate piled high with little triangles adorned in their sweet kaleidoscopic cover. Waiting to be eagerly snatched up in excited little hands. Best consumed on the run, sugar powered, while tumbling and chasing, crusts discarded to be eagerly discovered and chomped down later by the family dog.

It’s also frequently a feature at some adult occasions, deliberately included to invoke the feeling of nostalgia and fun for those in attendance. So much is it ingrained in our cultural celebratory cuisine, fairy bread is almost equal in status to birthday cake.

You can never “fancy” up fairy bread. You can borrow the flavour profiles, you can create a dish to pay homage, but fairy bread hit its peak in 1929 after the first slice was spread. It’s never needed to evolve: it emerged as perfection.

Fairy bread peaked when a small child looked at the colourful balls of sugar, nestled in fat on a sliver of yeasted carbs and thought: Fairy bread! This party is gonna be the best ever!

13 November 2022, 8:00am Among other deceptions, Deputy Leader of the Victorian Liberal Party David South ...
Join the conversation
comments powered by Disqus
News updates