SOME PEOPLE in the co-operative sector, who did not wish to be named, told Farrago they do not see the Co-op as being representative of co-operatives, given its "lack of positive engagement with its members".

The co-operative form of business was developed in the 1840s by the Rochdale Society of Equitable Pioneers, who saw a need for a type of organisation that was responsive to the community. They developed the Rochdale Principles, legislated for under Australian co-operatives law.

Summarising these principles, the International Co-operative Alliance defines a co-operative as 'an autonomous association of persons united voluntarily to meet their common economic, social, and cultural needs and aspirations through a jointly-owned and democratically-controlled enterprise'.

Research by Farrago suggests that the University Co-operative Bookshop started to drift away from these ideals in the early 1990s. Since then, the board of directors has been wracked by factional disputes.

An article in the Canberra Times in 1993 reported that in the previous two years, several long-serving directors with backgrounds in publishing and academia had been displaced by accountants, who argued for high directors’ fees and different rules for the election of the board. In a scathing letter of resignation, Canberra academic Maurice Dunlevy said the board had “lost the plot” and called for oversight from the Registrar of Co-operatives.

Four years later, the national retail manager was sacked after directors on the board hired private investigators who observed him talking to a former director. In what became a huge dispute, one faction of the board demanded the dismissal of four of the eight directors. One of these was Alister Runge – the chairman of the board seven years later when Hollenstein and Coles launched their attempt to improve student participation. Although Runge has since retired from the board, several of the directors remain from 2004.

Another incident surrounding the brief tenure and swift dismissal of acting general manager Frank Romanin in the early 2000s prompted an inquiry by Magistrate Elwyn Edgar Ernest Elms (a glorious name) for the Department of Fair Trading. Elms’ report criticised the co-operative and recommended that an administrator be appointed. Again, no oversight was provided.

The co-operative seems to have kept a low profile until 2013, when it unveiled an “omni-channel rebrand” with a new logo, colour scheme and website. “University” and “bookshop” were dropped from its name.

“It’s becoming a lot more commercialised, but again, still keeping the heart of the co-operative in place.”

“Over the last five years that I’ve been with the business, we have diversified into other product categories. When I started we made well over 90 per cent of our annual sales from textbooks. Now that figure is under 60 per cent. We have introduced memorabilia and apparel … basically everything students spend money on, we want to be able to sell.”

There has also been a focus on more than just students. Marketing reported a “wish to re-engage alumni” and the broader community.

But the corporatisation of the Co-op has come at the expense of student access to textbooks — supposedly the Co-op’s raison d’être. An academic at the University of Melbourne Law School, who wished to remain anonymous, has had problems with the Co-op under-ordering textbooks. Half the books they asked the Co-op to make available simply were not.

The lecturer implored students in an email:

'I am continuing the fight but, again, your firm representation to the Co-op regarding the need for prompt supply of the book will be very helpful in getting the message across (not just for this subject but for the others too where I understand this has been a problem).'

In the 2015 Senate hearing into co-operatives, CEO Peter Knock spoke about why the organisation felt an evolution in their business model was necessary. Senator Nick Xenophon asked about an old bookshop at Adelaide University, which had been run by the student union.

Knock: The problem was their business model just sold textbooks. That was how they operated for some years. While they were still profitable, just, they got to the point where they could not fund it any more. The student union said, “We can invest our $2 million there or invest it in fast food.

Xenophon: So it was a case of beer not books?

Knock: Correct. That is not unusual, as far as uni students go.

What are the next steps? First, the Co-op has registered a list of business names, from “Cobroadband” to “Co-op Insurance”. It’s unclear what the plans with these names are. But it’s possible the Co-op will seek to get even further away from its bookshop roots.

There is also the question of demutualisation. Given the dominance of business people on the board, corporate branding, democratic limitations and the fact that most students don’t really distinguish it from a company, we wondered whether becoming investor-owned was the next step.

I believe that over the past 58 years there were C-level executives in the company that have certainly explored this as an option. Personally I don’t have the appetite for it … we have the luxury of not having shareholders that want a dividend … but having said that … never say never. 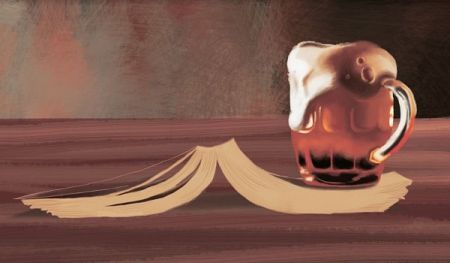 Wichtendahl says the current board is “very business-minded”. Among others, the board consists of Mounir Kiwan, Dianne Yerbury and Hilal Yassine, whose brother, Talal Yassine, is company Secretary. These four have connections to a number of boards and committees — at Macquarie University, Medina Capital, Crescent Wealth and the Arab-Australia Dialogue, for example.

The Co-op’s financial report from 2014–15 revealed that the 12 directors on the board and “specified executives” received a total remuneration of $1,940,760.

But despite the perks, they’re arguably not doing a great job. The Co-op’s financial accounts show that the organisation suffered $3 million in losses in 2014. The losses increased to $4 million last year. The plan to to expand sales by diversifying products seems to be working – revenue increased from $114.3 million in 2014 to $124 million in 2015.

But the increased focus on expanding revenue isn’t actually achieving much. Gross profit on product sales was $31 million in 2015, only slightly up on the $30 million profit the previous year. Administration expenses grew more than any other expense the Co-op incurred – they were up more than $800,000 in 2015 from the previous year.

No dividend and no obligation to repay capital must be a corporate manager’s wet dream. But the Co-op is still supposed to be accountable – to its members, who own shares.

On 12 April last year, somebody with the username Piangi posted a deal on Ozbargain.com.au.

Finished uni and no longer need to buy textbooks from the Co-op? Even when I was at uni, I found that even with the Co­op "discount", other online bookshops were cheaper. If it’s been at least two years since you first joined, you’re entitled to have your membership cancelled and your fee refunded.

The deal became popular, with around 200 upvotes from bargain-hunters.

Eventually, the Co-op took notice. Someone from the organisation went into damage control and started replying to comments.

'Don’t forget that you actually do get some quite good deals as long as you are a member,' they commented.

But bargain-hunters are ruthless and not to be dissuaded.

Sometime between April and July 2015, the Co-op changed the terms and conditions on the application for membership.

The new application for membership invites people to join the Co-op using language that misleads about the real rights of membership on the matter of shares. The application is inconsistent with The Co-op’s Rules, which allow for repayment and transfer of share capital, and misleading in its assertion of statutory rights to repayment. You could go as far as to say that it tricks people into making their share capital a donation to the co-operative.

But if you signed up as a member of the Co-op before 2015, you should still be able to get your shares back. And just to be sure, Farrago checked with the CEO.

"I would think that we would do the right thing and honour any refund requests that we come across."

It’s time the Co-op became accountable to its members. The first step would be putting a greater emphasis on engaging students democratically, starting with opening up the board of directors to students. At least one spot on the board should be set aside for students, so that students can have some say over the organisation that is supposed to exist for their benefit.

Read this article from the start here.