The medal tally and needy Australia

The media is awash with despair about Australia's lower than expected medal tally at the Olympics. Managing editor Dave Donovan says there are better things to worry about.

PARLIAMENT IS set to resume next week, however politics has been far from the thoughts of Australians over the past couple of weeks, where the Olympics has dominated the national consciousness.

After a day or two of triumphalism at the beginning of the competition, when Australia sat atop the medal tally through some swimming heroics, the nation – or at least, the media – now seems to be in a state of slight despair because, as AOC president John Coates declared on ABC 7.30 last week:

“… the results are not what we expected."

Yet as I write this, Australia sits in eighth place for total medals (29) and tenth overall. 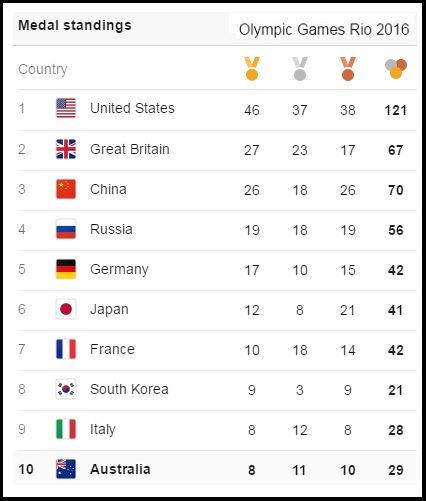 With a population of just 24 million, you might think we’d be quite happy to even make the top ten. To put this tally in context, we sit on the table just below France (population 66 million), South Korea (population 51 million) and Italy (population 60 million). And the nations above them (with the glaring exception of Britain) are much bigger again.

But no, the nation must now endure endless "post-mortems" and a long period of soul-searching as politicians and sports administrators face questions about why, in Coates’ words again:

"Some very well-funded sports haven't delivered the same medals that we needed."

That we needed? Seriously?

Oh yes, we really needed those medals. As a rich, sparsely populated, white colonial nation sitting at the ends of the earth, we need and desperately crave validation from our bigger sisters and brothers in the West.

Look at us! We are here! We may not be big and powerful like you, but we can play sport! We exist! We are worthy! Look! Over here!

Only a pissant nation suffers heartache if, as is inevitable in highly contested international sporting competitions, it doesn’t always achieve the results it desires.

It never seemed to worry us much in the Seventies and Eighties when we only ever achieved, at most, a few gold medals at these insanely expensive quadrennial meets. 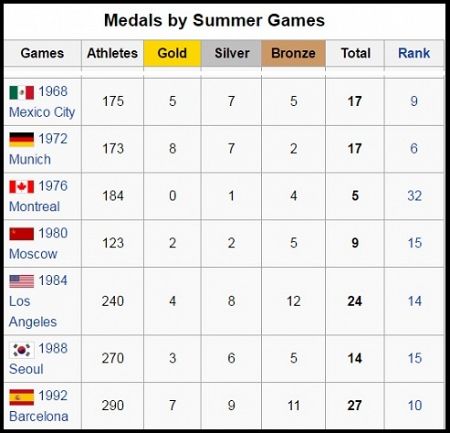 Perhaps we knew our place back then. These days, since Sydney in 2000, Australia apparently needs to be in the top four or five nations.

"You have to look at who we're competing against and how they're being funded. Basically we're at about $800 million over four years for elite sport. The Brits, Germans and French are up to $1.3, $1.4 [billion], and I suspect that Japan is up there now."

Yes, I am sure the British poor, suffering under severe austerity economics since the Global Financial Crisis led the Tory Government to spend $850 billion bailing out their banks, are delighted their Government’s investment in elite sporting success has, absurdly, gotten their nation (population 65 million) to second on the media tally — above China and Russia (populations 1.3 billion and 143 million).

Australians love sport. Of course we do. And we take pride in our nation’s success. There’s nothing inherently wrong with that. But self-indulgently engaging in an athletic arm’s race against much more massive nations simply to fill the yawning void in our own souls is not the action of a responsible adult.

If we really want to shoot up the standings, as well as feel good about ourselves at the same time, perhaps we might simply decide to accept those asylum seekers that arrive on our shores and let them restart their lives in our nation with dignity and acceptance, rather than spending billions locking them up and torturing them in offshore camps. Surely some of these individuals, nurtured and protected, and offered opportunities to shine, would turn out to be sporting stars as well? It’s worth a shot!

And if we really want to skyrocket up to the top of the medal tally, how about we stop gaoling the most athletic of our citizens — our First Nations people. Australia, to its shame, tops the international charts for incarcerating our Indigenous, both young and old. And after we put our potential sporting stars in prison, we then torment and assault them — not just in the Northern Territory, but all over the country. Which is perhaps why we also top the international standings for Indigenous suicide.

So don’t despair about where Australia is on the Olympic medal table. There are more important things to worry about. Despair more about why we care.

Independent Australia supporters and members can also listen to managing editor Dave Donovan in his weekly podcasts in IA's Member's Only Area. In the most recent podcast, Dave speaks to Peter Wicks about Kathy Jackson and Jacksonville.