Gaoling Rolf Harris and the case for restorative justice

Rolf Harris has lost everything, his case has cost millions and housing him in prison thousands more, but the victims will feel no great comfort. Greg Barns suggests a more constructive form of justice.

WHAT PURPOSE DOES gaol serve for old people, like Rolf Harris, who have lost all but the shirt on their aged back?

Is there not a more just way with which to deal with cases where many years ago a man has sexually abused a young person or a child? Shouldn't the victims be given a choice about how they want to proceed in these cases?

All relevant questions in the case of entertainer Rolf Harris who, at age 84, has been convicted of a series of sexual assaults that took place over several years.

Harris' fall from grace is complete.

It was, in fact, complete the moment he was charged with these offences because our media and many in the community have no respect for the presumption of innocence when it comes to allegations involving sexual assaults on children.

From Harris' former home town on Perth demanding that his art works be banished, to the inevitable stripping of various trinkets and baubles he has acquired over the years from royalty and governments, all that was Rolf Harris in the public eye is now gone.

This is a man who can never appear in public again. A man whom the history books, if they bother at all, will record as a charlatan.

What purpose does gaoling a person in these circumstances serve? An octogenarian, who is near the end of his or her life on this earth. An octogenarian, who is bereft of everything that their many years on this planet has given them and who is now a prisoner of their past is not going to be punished or humiliated further by a term served in a place which is designed, according to the flawed theory that underpins our justice system, to correct deviant conduct.

It is unlikely all of the victims of Harris will feel any great sense of satisfaction he is in gaol.

It is more likely, if the statistics that we have on victims' attitudes to sexual assault are any guide, that some at least would have preferred Harris to have acknowledged his wrongdoing and to have faced them across a table, heard about the impact on them of his crime and hear him say that he was sorry for his crime.

A restorative justice approach in cases where you have an ageing offender, crimes committed many years ago and victims old enough to make a choice as to whether they prefer the formal and sterile court room setting or the more informal, but justice focussed, round table meeting.

Restorative justice is particularly useful in cases like those involving Harris.

There is no easy ride for the aged offender facing a restorative justice process. They are still punished, generally by a community based disposition.  And they have to live in a society where, as in the case of Harris, they are effectively and literally prisoners in their own homes.

A report released in May by RMIT's Centre for Innovative Justice, headed by former Victorian Deputy Premier Rob Hulls – the most reformist Victorian Attorney-General in recent times – puts the case powerfully that, in cases of sexual assault, the system through which Harris and his victims were put fails when it comes to according to true justice. The report outlines just how inadequate victims feel in cases that are dealt with in the traditional justice system — like that involving Harris.

Prisons in the UK, the US, Australia and other countries wedded to a retributive view of justice house thousands of old men (occasionally women), who have been sentenced for sexual assaults that happened in their past.  In many cases those prisoners are in the same space as Harris.  They have been shunned by family, friends and community. The cruel tabloid media has used them as fodder to improve their bottom line.

How much more just would it have been to allow victims to chance to tell their story, to make those prisoners hear those tears and for the prisoner to say sorry.

The Harris case has cost millions of dollars already and housing him in prison thousands more. The victims will feel no great sense of healing.

A more just approach in cases like Harris's should have at least been in contemplation by the justice system.

Greg Barns is a barrister and writer, who ha written extensively on sex offences and alternatives to traditional justice approaches.You can follow Greg on Twitter @BarnsGreg. 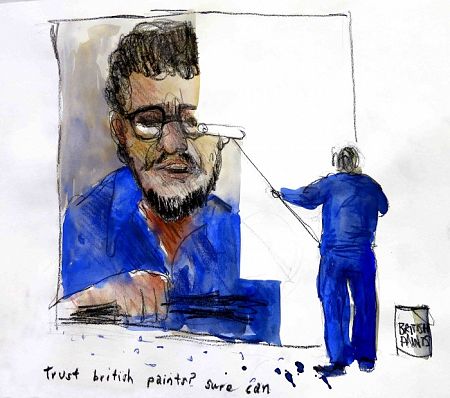 Evidence shows crimes committed by our government on Nauru and Manus

14 October 2016, 6:30am Evidence of crimes committed by Australia on Manus and Nauru is compelling, say ...

Why isn't the erosion of our democracy an election issue?

24 June 2016, 7:30am Criminal lawyer and spokesperson for the Australian Lawyers Alliance, Greg Barns ...