It's past time we examine all the contexts of self-death and maturely analyse this taboo subject, writes Simon Tatz and Professor Colin Tatz.

THE RENOWNED essayist Alfred Alvarez wrote that life has never been the same since humans discovered they are not only capable of killing each other, they can kill themselves.

In The Savage God: A Study of Suicide Alvarez said:

'Even the most elegant and convincing sociological theories, are somehow short-circuited by this simple observation that suicide is a human characteristic, like sex, which not even the most perfect society will erase.'

Australia’s Prime Minister, Scott Morrison, has committed his Government to the "perfect society". Calling suicide a “curse”, the Morrison Government has allocated millions of dollars on a Towards Zero suicide goal.

With our newly appointed National Suicide Prevention Adviser Christine Morgan, we will continue our strong support for those most at risk, including our veterans, Indigenous Australians and young people.

The arrival of COVID-19 brings with it expectations that suicide will increase. Economic downturns and social upheavals are typically accompanied by a rise in suicide.

The Morrison Government’s National Suicide Prevention adviser Christine Morgan has, refreshingly, stated her intention to examine social determinants and contexts, justice and trauma. According to Morgan, media companies need to mind “the manner” in which material on suicide is communicated.

The head of the prevention agency said:

“Respectful dialogue” of reporting suicide in Australian is code for "don’t talk about it". Suicide is still taboo — inviolable guidelines oversee reporting details about suicide. Even during COVID-19, the media are advised: do not provide specific details, do not discuss method, or means, or location; do not glamorise, do not speculate on why and always refer the audience/reader to crisis help supports.

The media are warned that explicit reporting of method, prominence of coverage, sensational coverage and even the duration of a suicide report, can increase the possibility of suicide contagion or "copycat" suicides.

The very mention of the "s" word can trigger distress – we are led to believe – and therefore every reference to suicide is accompanied by a message of where help is available. Suicide reporting is disguised by euphemisms such as "there were no suspicious circumstances." 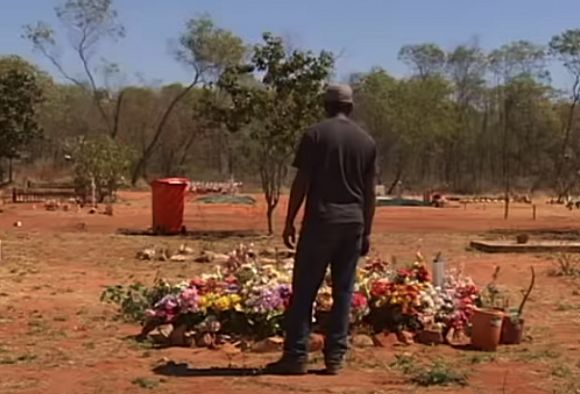 Indigenous youth suicide: Why it's crucial to speak out

If we want meaningful change, the stories of families enduring tragic, impoverished lives must not go unheard.

Media guidelines are, however, contrary and often arbitrary. Suicide exists throughout literature, fine arts and popular culture. From the Bible, we learn of a vengeful Samson killing himself as he brought down the temple of the Philistines in about 1078 BCE; of King Saul who fell upon his sword; of Judas the apostle who hanged himself. Throughout history, suicide (and martyrdom) has been celebrated, criminalised, condemned and punished in literature and the arts.

Madame Bovary, the beautiful yet reckless protagonist in Gustave Flaubert’s 1856 novel, took her own life by drinking poison. Perceiving her life as a meaningless failure, Emma Bovary spirals into despair and financial stress until she dies an agonising death from self-administered arsenic.

In Leo Tolstoy’s Anna Karenina, Anna, like Emma Bovary, is deluded about love, reality and her dreams of romance. Beset by hopelessness and despair, obsessively jealous and irrational towards her lover Count Vronsky, Anna commits suicide by throwing herself under the carriage of a passing train.

Shakespeare’s Romeo and Juliet ends with teenage suicide; Hamlet questions the nature of suicide, wondering whether 'to be or not to be'. Suicides are central to Giacomo Puccini’s opera Madama Butterfly and Aida, by Giuseppe Verdi.

These "classics" are a staple of school reading curricula and cultural aesthetes. Their respective suicides are discussed in considerations on romanticism, character development, notions of love and unobtainable dreams. Madame Bovary, Hamlet, Anna Karenina and Aida are not depicted as mentally unwell; their suicides are not presented as preventable if only a mental health intervention or medication was available.

The Virgin Suicides – the debut novel by Pulitzer Prize-winning author Jeffrey Eugenides – follows the hopelessly confined world of the Lisbon sisters: Cecilia, Lux, Bonnie, Mary and Therese, who all suicided.

The 1999 film adaptation, by acclaimed director Sofia Coppola, screens regularly on television — ranked in the top 50 on Entertainment Weekly's list of the ‘50 Best High School Movies’. The 2018 box-office success A Star Is Born featured a very deliberate and emotionally draining suicide. Unlike America, Australian authorities classified A Star Is Born with an M rating, indicating it contained content of a moderate impact and is recommended for teenagers aged 15 years and over.

Why is suicide treated so differently by mainstream media?

In contrast to coverage of suicide, Australia does not provide similar media guidelines on the reporting of homicide or genocide.

Human beings are capable of the vilest atrocities on each other. Genocide, terrorism, mass murder, torture, assaults and rape are daily news events graphically reported on. Yet what we do to ourselves – suicide and self-harm – must be ring-fenced; these human activities are shielded and palliated in mainstream media discourse.

The media use terms such as "unspeakable crimes" or "indescribable horror", or simply "inhumane" when referring to human activities they deem beyond comprehension. These are actions we as a species have committed. They are "human" in every respect and we believe they should be spoken about, described and understood. 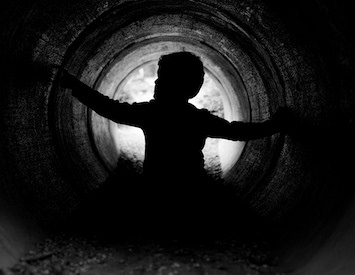 The death of a child is always heartbreaking but when it is by suicide it is as devastating as it gets for those left behind.

As far as we know, humans are the only animal species with a conscience — we are capable of recognising cause and effect. Therefore, we can — and must — be able to analyse our own behaviour, especially when our human actions are premeditated, devised and carried out in logical and bureaucratic ways.

Australian National University course Genocide Studies quite deliberately delves into the minutiae of death and killing to understand how one group can exterminate millions of their fellow beings. We can watch and read about the intricate, detailed and planned operations to move millions of Armenians and Jews across Europe and the Middle East for the expressed purpose of extermination.

It is confronting to read about torture and medical experiments carried out without anaesthetic and the atrocities that befell the Armenians, Aborigines, Jews, Rwandans, Cambodians and others. Yet we must confront every aspect of genocide because these are human actions and we need to understand what we are capable of, and why.

Australia’s media has few restraints in reporting on the atrocities, slaughter, famine, rape, murder, or endless coverage of mass shootings in the USA. At best, audiences are told that "the following story may contain scenes or descriptions that may offend some viewers".

It is illogical that we are more reluctant, even restrictive, to confront actions against the self. The warnings about "contagion" and "copycat" consequences suggest that "would-be suicides" are incapable of thinking out the idea for themselves, or using an internet search engine, if not alerted by a report in one form of media or another.

When celebrities suicide, the media are warned on how to safely report on these deaths. The broadcasting of the Netflix drama 13 Reasons Why unleashed a storm of protest in Australia about whether an American teen drama might cause viewers to become distressed or take their lives. The public was told to call suicide crisis telephone centres or seek help should watching this fictional drama create suicidal ideation. Changes to Netflix classifications were demanded by mental health organisations. 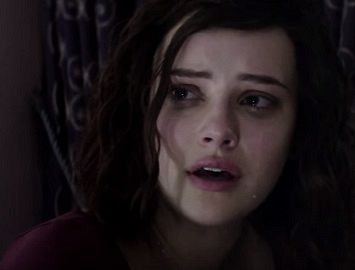 Shouldn’t the system take at least some of the responsibility for suicide?

There is no such message about contacting helplines or mental health services for viewers of movies and television shows depicting murders, massacres and genocide. Jews are not provided with advice on where to seek help after programs detailing the intimate operations of death camps are screened. Vietnamese Australians are not advised who to call should they experience distress or suicidal thoughts when gung-ho, graphic, partisan and often racist Vietnam War movies are broadcast.

When it comes to harm against others, the position appears to be that people have become desensitised to atrocities and terror — that we will calmly eat dinner in front of a TV showing with the latest bombings and school mass shooting.

The constant array of CSI: Crime Scene Investigation-style crime shows (where autopsies are graphically recreated and viewers entertained by an hour of murder and forensics), is not considered likely to inspire others or cause sufficient distress that a helpline must be displayed.

Yet with suicide, we are yet to come to grips with how to analyse and discuss this all too common human characteristic.

Here is the conundrum: when Kurt Cobain (singer of rock band Nirvana) put a shotgun to his head and blew his brains out, it was deemed totally inappropriate to provide these details in the media. Guidelines were issued — reporting method and glamorising his suicide is harmful and dangerous. And yet if Kurt Cobain were the victim of a shotgun murder, every aspect of his death would be sensationally splashed across the media.

This was the fate of Nicole Brown Simpson and Ron Goldman, whose horrific murders became the subject of an Academy Award-winning documentary on O.J. Simpson (O.J.: Made in America). Footage of their gruesome murders was vividly revealed, along with coronial evidence describing the depth and impact of knife wounds. If they had suicided, the media would be told to be respectful, to not talk about the method, time and place, the type of stab wounds or the loss of blood. Murder has no sensitivities. Victims are accorded no respectful coverage.

If depicting, even sensationalising suicide, can "inspire" copy-cat action, is it possible that reporting on other "cides" would produce potentially similar outcomes? Does the saturation portrayal of murderers and serial killers in popular culture not also create copycat homicides, infanticide, familicide, fratricide, filicide, mariticide, parricide, siblicide, democide, femicide, feticide and genocide?

Does media coverage, reporting and sensational coverage of these "cides" not have the same impact on "vulnerable people"? Suicide is not such an aberration that the media must be curtailed so as to prevent an outbreak of self-killing.

These different approaches to harm against the self and harm against others cannot account for why Australia – with strict media guidelines on suicide reporting – has among the highest suicide rates in the world. The use of media restrictions has minimal evidence as a "prevention" against suicide. Data does not indicate that these methods are producing a zero suicide society.

Media guidelines on reporting are needed and necessary at times — to protect privacy, to ensure accuracy and to provide advice on what is screened and reported on.

But we believe suicide needs to be brought out into the open. We should examine all the contexts of self-death and maturely analyse this very human characteristic.

As a former journo, we never reported suicides. But not talking about suicide in the media hasn’t worked. Now more than twice as many Australians take their own lives than die on our roads. We have to do better. And we can. @LifelineAust @JuliaGillard @PatMcGorry @DVAAus #auspol https://t.co/Got2kns5xa

Simon Tatz was Director of Communications, Mental Health Australia and Director of Policy, Mental Health Victoria. Professor Colin Tatz was Honorary Lecturer, Politics and International Relations at Australian National University (ANU). They are co-authors of the book The Sealed Box of Suicide: The Contexts of Self-Death.

Talking tough on 18C from the safety of parliamentary privilege

Drugs in sport: Time to end the war

3 March 2014, 11:00am With drugs in sport leaping back into the news, Simon Tatz says it's time for ...
Join the conversation
comments powered by Disqus
News updates