Sport, alcohol and gambling: A recipe for mind control?

While we are distracted by sport and pacified by alcohol and gambling, big business is winning control of our minds, writes Alex Hipgrave.

‘…Football, beer and above all gambling, filled up the horizon of their minds. To keep them in control was not difficult...'

George Orwell’s description of concentrated power and control in his classic dystopian novel1984 may be relevant to Australian culture today.

In the time since Orwell wrote his novel in 1949, sport and advertising industries have gone on in leaps and bounds. Advertisements promoting alcohol and gambling during sporting events are insolently overt.

Broadcasters and advertisers are happy to invest in these industries not because they are offering services out of the goodness of their hearts, but rather because they are fully aware of the control they can exercise over the general population — the function of which is to protect their financial self-interest.

The significance of these industries in relation to the behaviour of Australians is clear: 76.8% of Australians watch sport; 82% drink alcohol and we are the most prodigious betters in the world, betting on average $11,000 per person. All three of our hobbies can often be found together, as anyone who has attended an Australian Rules Football (AFL) game or horse race can tell you. 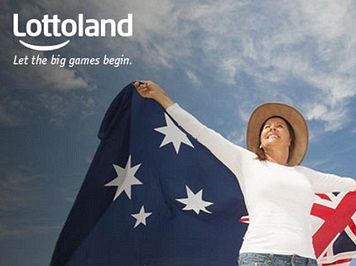 Think for Yourself: Should Lottoland be banned?

Noam Chomsky, American co-author of Manufacturing Consent: The Political Economy of the Mass Media – a 1988 book about the role of propaganda in mass media – once quipped that sport:

“…offers people something to pay attention to that’s of no importance.”

While sport is not the only distraction with which we are besieged – reality television shows such as MasterChef and The Voice play a similar role, for example – it is probably the most significant one in Australia.

Sport not only effectively distracts Australians from taking a closer look at things such as the economic system that enables such a distraction, but AFL, in particular, has another function — inculcating in us the brutal competitiveness that is the hallmark of capitalism.

Integral to the game itself is its "every man, or team, for himself" attitude, which promotes tribalism and submission to the tenets of the cut-throat capitalist system. This is reflected in the ignominious behaviour of fans at games, booing umpires when a decision doesn’t go their team’s way and verbally abusing opposition players. We mustn’t love our neighbour; we must compete with them. If I’m not successful; somebody else will be in my place.

The capitalist idea that competitiveness, rather than harmony, is good and even necessary is seared into our minds and ingrained in our culture.

When attention is paid religiously to AFL and other sports by a vast majority of Australians –especially combined with the pacifying influence of alcohol and gambling – we become subjects of capitalism’s fruitful cycle of distraction and indoctrination.

Alcohol advertising is everywhere. AFL and National Rugby League games have advertisements plastered on what seems like every inch of the stadiums — every second of the spectator's and viewer's experience is inundated with attempts to sell him or her alcohol. 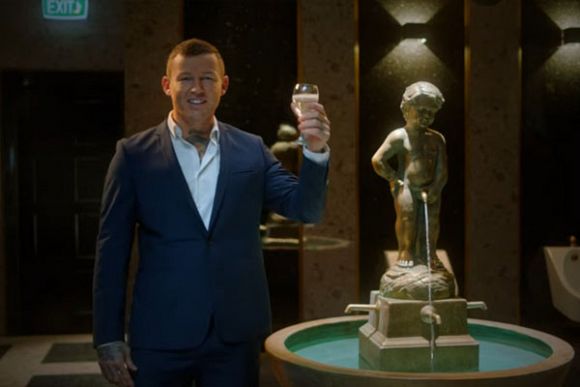 Sportsbet have released another tasteless ad which is offending viewers, but due to loopholes in industry codes the ad has been cleared.

Especially alarming is the exposure of alcohol advertising to children, with a 2019 Foundation for Alcohol Research and Education report finding that sport-based advertising, perpetuated by a handful of foreign-owned multinational corporations, increased the likelihood of children drinking at a young age. A disturbing and embarrassing result of this is that Australia has one of the most disreputable drinking cultures in the world.

A 2019 study by the Australian Institute of Family Studies identified a close link between alcohol consumption among young people and betting on sports. It revealed that 64% of 18 to 35-year-old men had placed bets while drinking, further revealing the closely-knit relationship between sport, alcohol and gambling. As is the case with alcohol, gambling is now appealing to children.

Researchers at Deakin University found that many children are:

‘…keen to gamble because of attractive advertising and its link to their favourite sport.’

While this is bad news for people who care about children’s minds not being ruined, it is very good news for the likes of Bet365, Sportsbet and Unibet and their future profits.

Australians threw away almost $25 billion to the gambling industry in 2017 alone.

A difficulty in critiquing sport, alcohol and gambling culture is that fans may feel as though they are being condescended to, particularly in Australia where this culture is so popular. One can see why: telling people their favourite things are used as tools of corporate attitudinal and behavioural control can seem sanctimonious. However, people also simply do not want to believe that they are being disciplined in a certain way of thinking or behaving.

There is reason for optimism — such as the End Alcohol Advertising in Sport campaign providing avenues for progress. However, as long as highly concentrated corporate interests control major aspects of Australian life, the general population will struggle to engage with ideas that may illuminate how they can curb such Orwellian control. 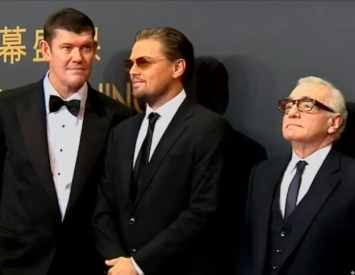 TIM COSTELLO: Crown — a law unto itself

Wealthy elites do not want that to happen; it would threaten their power. They would much prefer people to be distracted — concerned only with trivial things like professional sport and pacified by alcohol and gambling.