Snakes on a plane, bad — in the medicine cabinet, good!

Research has shown venom from an Asian cobra species has strong analgesic properties. Snakes mostly invoke fear, but we should also appreciate the gifts they offer, writes Peter Mirtschin.

TO SOME PEOPLE, snakes are animals they can't bear seeing, not even in pictures. Even some environmentalists give snakes a wide berth.

Is this aversion a reasonable attitude, learned behaviour, or some innate fear? Snakes are often a source of mystique and in medicine, snakes are enigmatic. Epidemiological statistics reveal they cause significant death and morbidity throughout the world.

Conversely, the symbol of medicine and good health in many parts of the world used by medical centres carries two snakes entwined around a staff or winged Caduceus — a traditional symbol in Greek mythology.

Research has shown that the venom and some of its derivatives from an Asian cobra species have strong analgesic properties in rats when given orally. 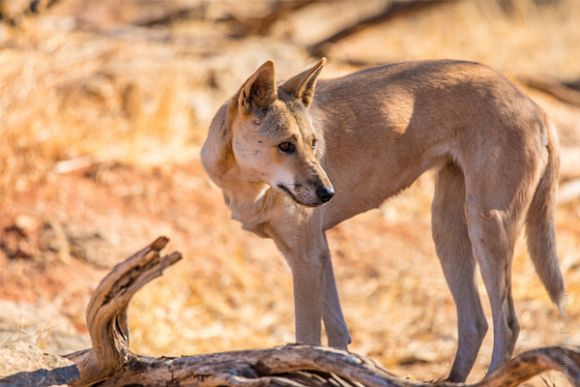 Dingoes have long been considered a natural pest, but perhaps it's time we worked with them instead of against them.

Most people know about cobra snakes. Different species occur throughout Asia and Africa: cobras are known for their significant threat of snakebite in these regions. That's where it stops for most people and they would rather not encounter them when visiting these countries. But if you do happen to see them somewhere in the world or your local zoo, there's something majestic about cobras because they all have such an impressive hood display when alarmed.

With their highly toxic venoms, cobras prey on rats and vermin and play a significant role in controlling these pests. Their economic value in the rice fields and grain crops are vital for struggling farmers relying on this food to keep families fed. This is not always appreciated and here in Australia, as soon as a snake appears, some of us call a snake catcher to have it removed.

Cobras and other snakes have another benefit to us that is even less understood or appreciated. Earlier, human organ transplants and xenotransplantation were subjected to exacting research. Today, we hardly hear about them as they are a daily feature of medical procedures in many countries.

Such transplants would never have occurred without the availability of a vital component of cobra venom called "cobra venom factor". It consumes complement, an important component that triggers immune responses, so parts of the venom can be used as an immunosuppressant in research to prevent organ rejection.

Cobra venom was also used widely in research to explore the human nervous system with its postsynaptic neurotoxins acting as tools in the neuromuscular researcher's toolbox, which allowed a better understanding of signal transmission in our bodies. Recently, I was among a group of authors who published (Journal of Venom Research) on the characteristics of powerful analgesic properties found in cobra venom and some of its components.

We all owe a lot to cobras, for it was cobras in Vietnam that were responsible for stimulating the vital research that led to the development of snakebite antivenoms.

In the late 19th Century, cobra bites in Vietnam were common and there was pressure to find a way of treating them. Basically, the first antivenom was made in 1894 by French scientist Albert Calmette. He became interested in creating a cure to cobra envenomation while working at the first daughter Institut Pasteur in Vietnam and later in Institut Pasteur in Paris.

He used cobra venom to work out how to make antibodies — initially pigeons, then donkeys before progressing to using horses. While there have been several refinements embodied in our antivenoms today, the basic concept established by Calmette has remained the same.

Thanks to the problem of cobra bites in Vietnam, which stimulated research to develop antivenoms, protective therapies for snakebite by immunotherapy was discovered for the world. Following Calmette's work, antivenoms were made against the Brazilian viper in Brazil in 1897 and tiger snakes in Australia in 1930.

For years, popular healers used cobra venom to suppress pain if you lived in Vietnam. Today, you can readily purchase cobratoxin, cobratox or cobratoxan – a derivative from the Asian cobra venom – on the internet to treat arthritic and other chronic pain.

These products are not made with the usual stringency we are used to in Australia, governed by bodies such as the Therapeutic Goods Authority (TGA) and have not been characterised or clinically tested. They are classed as alternative medicines. However, they may have provided clues to those who engage in more serious and scientifically based research.

Moreover, if you follow horse racing in the U.S. or Asia, you will be aware that cobra venom or a purified toxin derivative called cobratoxin has been used, largely illegally, for the doping of horses. The effects sought by the users of cobra venom or its derivatives for the latter use in horse racing is to deaden joint pain.

In a 12-year collaborative project between researchers from Australia and Brazil, our research has shown that oral use of Thai cobra venom and some of its fractions have potent analgesic effects when used in rats. Indications are that this venom and some of its components may be potential therapeutic targets for pain management.

So, next time you see a cobra in your travels or at your local zoo, marvel at the beauty and contribution these magnificent creatures have provided to medicine and the environment.

Peter Mirtschin is the founder of Venom Supplies and has published over 70 scientific papers on venom research, snake ecology, conservation and snake behaviour. He has featured in several television documentaries.

Snakes on a plane, bad — in the medicine cabinet, good!

3 August 2019, 4:30pm Dingoes have long been considered a natural pest, but perhaps it's time we worked ...
Join the conversation
comments powered by Disqus
News updates