Ron Tandberg: The death of a cartoonist

Everybody dies, of course, but for some people one has the illusion of everlastingness. So it was with Tandberg. The illusion arises because he was on the job for 45 years, since 1972. For most of us, he has always been there.

Melbourne readers of The Age saw him most, albeit Tandberg was regularly reproduced in the Sydney Morning Herald.

The twin skills of the engaged cartoonist, combining visual power and political or social acuity, is a compelling force.

Thus, for example, did the inspired work of those two French geniuses of the 19th Century, Honoré Daumier and Grandville, outlast contemporary censorship to be reproduced and enjoyed since their own time. In "Gargantua",1831, Daumier depicted the corpulent monarch Louis-Philippe seated on a throne, gobbling bags of coins being hauled up a ramp by tiny laborers (Image via theartstory.org)

Australia has produced and tolerated, even fostered, its talents since early in white settlement. Apart from the historical greats, for the last 40 years, during the Tandberg era, I can count at least 40 cartoonists having had substantial exposure in the press. We have been well served.

The engaged cartoonist brings brio to the print media. In particular, the unrelieved stodge of the financial press demands their presence. Thus has the compulsion to read the Australian Financial Review over decades been made bearable by a succession of talents – including Mark Knight, Mark Cornwall, Ward O’Neill, Rod Clement and David Rowe.

Remarkably, cartoonists are granted more latitude than their wordsmith counterparts and so are they further appreciated and needed. They consistently nail the turpitude of establishment figures, whether politicians or the business class. And they get away with it.

Each cartoonist has her or his own domain. Tandberg was hired to produce "pocket" cartoons to accompany lead articles. And pocket cartoons became his forte.

Pocket cartoons? Apparently a designated genre in the trade.

As with Guardian cartoonist David Austin who I used to enjoy when reproduced in the Guardian Weekly. 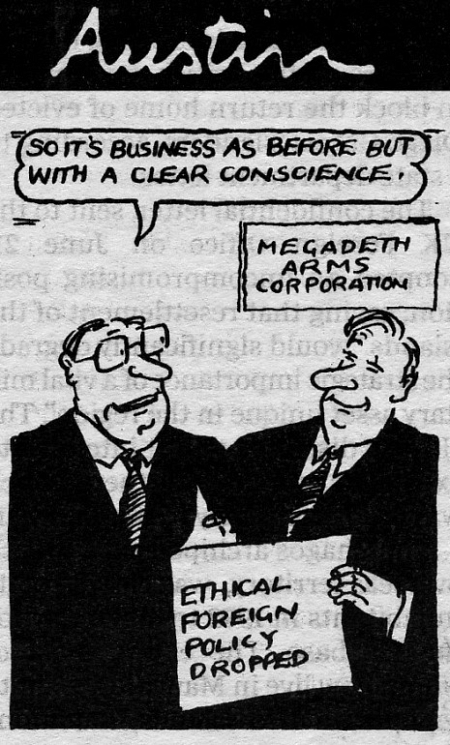 Foreign Minister Robin Cook was belatedly advised of the importance of BAE exports to the British balance of trade and economy in general — business as usual (Cartoon by David Austin via Guardian Weekly, 7 September 2000)

Tandberg’s cartoons had the requisite simplicity. But they also had the political acumen, delivered with the compulsory comic touch. The Howard years were a minefield. Not least Howard’s "do anything" strategies to stay in office. A failed ploy, thank God. 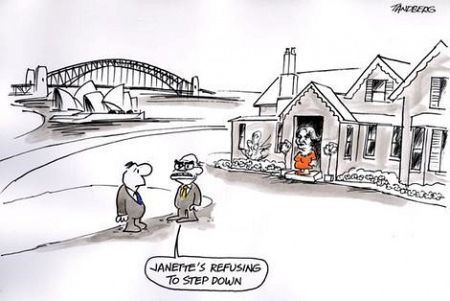 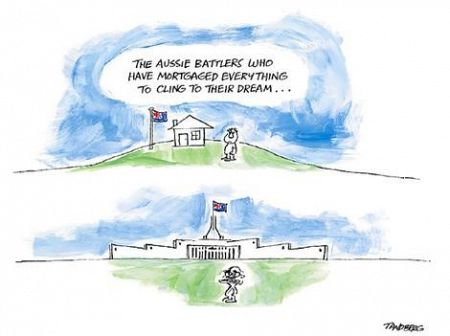 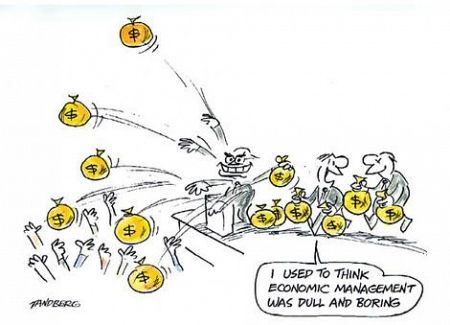 The Howard years were a disaster for Australia and they have yet to find their forensic chronicler.

As for the unshakeable myth the Coalition forces are better economic managers, the Howard years disproved that in spades, but ideologically significant myths are impervious to evidence.

Tandberg’s political consciousness would no doubt have been helped along by the long presence of economic columnist Ken Davidson, Tandberg’s rough contemporary, in the Age. Davidson kept up a relentless exposé of the economic irresponsibility of the Howard years (amongst other sins) — insight then unmatched in contemporary economic journalism.

And when the events were parlous, with no room for humour, there was the responsibility to confront basic principles of morality with their their endless hypocritical flouting by the self-righteous on "our" side of the global power battle fence. 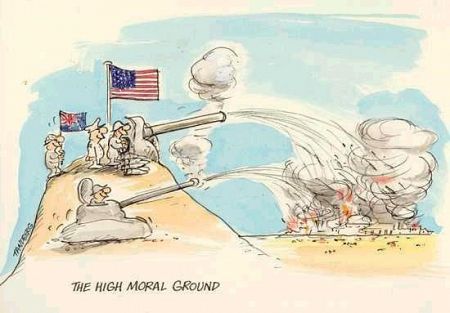 And then, for relief from the daily stories of political graft and of man’s inhumanity to man, there’s pure whimsy. This one below, musing on the elusive basis of industrial muscle of the country’s scholarly elite, toiling on the frontiers of knowledge. 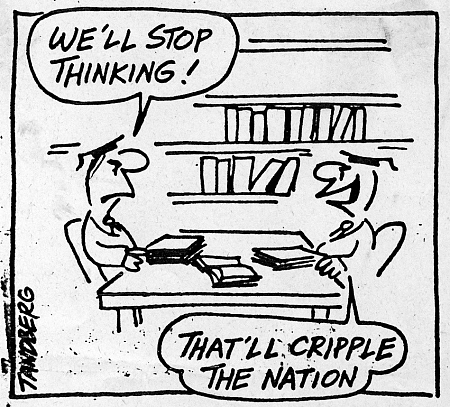 Tandberg is survived by his hardy confrerie of cartoonists, perennially reproducing itself to good effect.

But I will miss Tandberg in particular.

Flashback 2016: Whence the Commonweal: The rise of the dunces