Queensland Government's bikies battle makes some more equal than others

It’s a fundamental principle of our society that we are all equal before the law, says leading barrister Stephen Keim, SC, however Queensland's new “anti-bikie” legislation throws that ideal right out the window.

THE QUEENSLAND STATE GOVERNMENT has embarked on a legislative project to change dramatically the way in which our justice and enforcement system operates.

The latest aspect of this wave of legislation is an omnibus amendment Bill called the Criminal Law (Criminal Organisations Disruption) and Other Legislation Amendment Bill. This Bill is a hundred and seventy-five pages long. None of us has sufficient time to discuss all the concerning aspects of the changes proposed by the Bill.

I am concerned about a broad swathe of the Bill which will change people’s lives, whether as prisoners or as electricians, builders and workers in other trades on the untested information in police files.[1] In the case of the occupational legislation, people’s ability to earn a livelihood will be severely diminished. The regulator in each case has little choice but to act on the information.[2] Theoretically, an affected person can seek judicial review of what has happened to them. But this is made virtually impossible.[3] Access to the basis of the refusal of a licence is restricted.[4] They must show jurisdictional error and they will be unable to see or know the information on which the decision was made.[5]

The fact that they are innocent, or the information is of no relevance to their work and character, is not a basis for establishing jurisdictional error on judicial review.

These aspects are very concerning. However, I will not go into those provisions in detail.

Dr Muhamad Haneef’s experiences show us the importance of bail to being able to maintain personal liberty and the failures of law enforcement officers that can occur in the handling of information that points to an arrested person’s innocence. These are no less concerning than those other changes that I mentioned in passing.

The law concerning bail has, with rare exceptions, taken the approach that the Crown has to prove that a defendant is an unacceptable risk.[6] The liberty of a person who is charged with an offence but presumed by the law to be innocent has been regarded as an important value in our society.

The proposed changes destroy these principles for an undefined and unfortunate group in the community and will require those people to prove that their liberty should not be removed pending trial of the allegations against them.[7]

This occurs if the person charged with an offence is alleged by the police to be, or is alleged, at any time, to have been, a member of a criminal organisation.[8]

Two things may be noted.

First, the police do not have to produce any evidence. They just have to make the allegation.

Second, it does not matter whether the membership was thirty years ago when the person was 17 years of age. The requirement to prove your entitlement to be free in the community still applies. 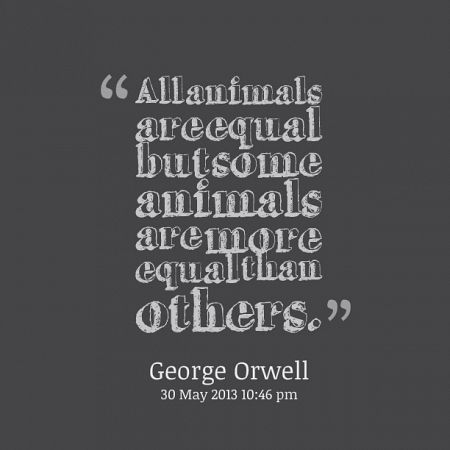 The government can declare any group of people a criminal organisation by regulation [s. 1 Criminal Code 1899] Another way to qualify is where the group has, as one of its purposes, the commission of one or more offences described as serious criminal offences. (This alternative includes an additional requirement that the group represent an unacceptable risk to the safety, welfare or order of the community. However, since the standards of “serious criminal offence” and “serious criminal activity” are so low, the police would have little difficulty in being justified in alleging this element as well.) In any case, the definition is very broad and includes any offence carrying a maximum penalty of seven years (see ss. 6 and 7, Criminal Organisations Act 2009). This includes many offences that are, in themselves, not serious, such as smoking a joint. So three young people who share a joint are capable of qualifying.

(Note: The maximum penalties for simple possession of a dangerous drug in s. 9, Drugs Misuse Act 1986 range from 15 to 25 years. In reality, an offence may result in a fine or less for possession of small amounts of a drug.)

Another way a group may qualify is if it is declared as a criminal organisation by a court under the Criminal Organisation Act 2009.

Without going further into the technicalities, it is clear that a person does not have to be a biker to be accused of having been at some stage in their lives a member of a criminal organisation. There is a let out clause if the person can prove that the organisation did not have as one its purposes the commission of any criminal offence.[9] But, since it is so easy to get in the mesh, that will be very hard to prove. For example, if a group of friends are sharing a joint, it is obvious that one purpose of their associating is to share a joint.

The amending legislation, however, spells out how foolish and unfair this legislation will be.

It is a fundamental principle of our society (and of international human rights law) that we are all equal before the law. These proposed changes to the Bail Act will cause a very broad group of people, at the whim of the arresting police officer, to have their right to be free in the community decided on a different basis to others similarly accused of an offence. Since I regard equality before the law as an important part of the rules which distinguish democratic societies from corrupt societies, this change causes me concern. And, since I think society should be very careful about removing a person’s liberty simply because they are accused of an offence, I am even more concerned.

The changes that are taking place in our criminal law represent an advocacy challenge. If I, with others who are similarly concerned, am to succeed in meeting this challenge, I have to remain cool headed and make good judgement calls about the best way to persuade my fellow citizens of the importance of these concerns and the dangers of the legislative changes to our way of life.

This is a slightly amended excerpt from a much longer talk given by Stephen Keim to a General Meeting of Safety Chicks held at the offices of Sparke Helmore Lawyers in Brisbane on Thursday, 21 November 2013, largely about his famous advocacy for wrongly accused terrorism suspect Dr Muhamed Haneef. To read the full speech (as a PDF) click here.