No incentive for Australian research students

The Federal Government unfairly expects research students to survive on a stipend which is typically less than the minimum wage, writes Dr Daniel Gregory.

Yet the Federal Government scholarships which are available to support these students – Research Training Program (RTP) scholarships – provide a stipend which is typically less than the minimum wage. How could this be so?

How the system works

The Government provides "block grants" to individual universities to fund these scholarships. The universities select the candidates who will receive the scholarships and they have some limited discretion regarding their administration.

A scholarship generally covers fees for a student’s degree program, some allowances for expenses such as relocation and printing the thesis which a student ultimately produces — plus a stipend. Students can enrol without such a scholarship if they have sufficient funds of their own, or if they can find alternative support, or if they can balance their study with paid work. In practice, it is a very small number of people to whom any of these options is really available, especially if one wants to carry out the degree full-time.

The Government determines a base rate for the RTP stipend, which in 2021 is $28,597. This is the value of the stipend at almost all universities. As the stipend is paid as part of a scholarship, no tax is payable but there is also no entitlement to superannuation.

In contrast, the minimum wage in Australia currently stands at $753.80 per week for a 38-hour week. After tax, that is a little under $35,000 per year and superannuation must also be paid. (Whether the minimum wage is adequate is another question.) 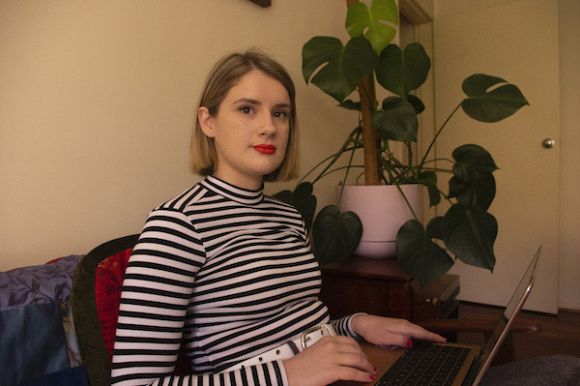 Centrelink payments aren't doing enough to support University students, who are having to work longer hours and drop down to part-time study in order to live.

The stipend is higher at a small number of universities — above $30,000 at a handful. At the University of Sydney, the amount is a comparatively luxurious $35,629, though even that is well under minimum wage, once the superannuation payable on the minimum wage is taken into account.

Things can get much worse towards the end of a student’s candidature. Universities must pay the stipend to full-time PhD students for a minimum of three years, but not necessarily for the four years which is often the term of the degree.

Is it not a reasonable expectation that research students should receive a stipend at least equivalent to the minimum wage for the duration of their programs?

The standard of work required is as high as it can be for someone who has recently completed undergraduate study. Moreover, students who commence a PhD or a research masters degree would certainly be able to secure relatively gainful employment in other sectors, if they chose that path instead.

These students are also essential members of research teams. Research students must do independent research but their work often fits into larger projects being carried out in a coordinated fashion by groups of scholars or scientists at different levels of seniority. The work done by research students in such a group, just like the work done by the other team members, is important to the success of the project overall.

Of course, research students do receive a very high qualification upon successful completion of their degree. Is this not reward enough?

What is distinctive of qualification is only that it is evidence of expertise or experience gained in a certain way — typically in an academic context or a context involving formal training. But there are other ways to gain expertise and experience and other forms of evidence that one has gained them. 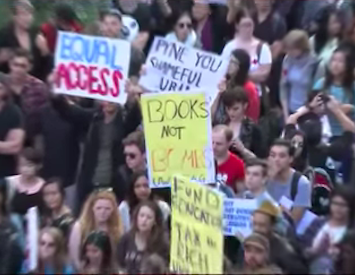 Our cynical view of the Budget is forgiven, writes Jacinta Coehlo, but what else did we expect? Thought counts, it doesn’t pay the bills.

Someone who begins work in a professional context will, in their first few years, gain expertise and experience and the evidence of their doing so will be their demonstrable achievements and promotions and the testimony of their superiors in references.

Yet those working in a professional context – including those in the employ of the Federal Government – are properly remunerated. (Or, at least, none is paid less than the minimum wage.) The fact that research students gain expertise and experience in an academic context, and that the evidence of this expertise and experience takes the form of an academic qualification, is no reason that they should not be properly remunerated.

The Athenian philosopher, Diogenes, rejected material comforts. He believed in simplicity and frugality. He supported himself by begging and he lived in a barrel.

Research students also tend to have little interest in luxury: no one goes into research for the money. Unlike Diogenes, though, they would surely accept a living wage.

Dr Daniel Gregory completed a PhD in philosophy at the Australian National University. He is now a Humboldt Postdoctoral Fellow at the Eberhard Karls University of Tübingen in Germany.

16 December 2021, 11:00am Teaching standards are under threat at the University of Sydney, writes Dr Daniel ...

Looking to Germany for an Australian republic model

No incentive for Australian research students