OVER THE LAST WEEK, the Australian media has had several reports on the current plight of Kylie Moore-Gilbert. This has been online, in print and on radio, including in the ABC, The Australian and The Guardian. For readers that are unaware, Kylie Moore-Gilbert is a young Australian academic currently imprisoned in Iran. She has been in gaol for almost two years and so far, diplomatic efforts to release her have failed.

I have been following Kylie’s case since October last year. That month, I began writing letters to Australian officials urging them to do more to secure her release. Since that time, I have written close to 100 letters to ambassadors, ministers, members of State and Federal Parliament, public servants, university academics and other activists.

I have received around ten letters back, most notably a pro forma from Lyndall Sachs (Australian Ambassador to Iran), Andrew Todd (an Assistant Secretary in the Department of Foreign Affairs and Trade), and from Dean Smith (a Commonwealth Senator from Western Australia). I am yet to hear from Minister for Foreign Affairs Marise Payne, or, indeed, from Kylie herself. 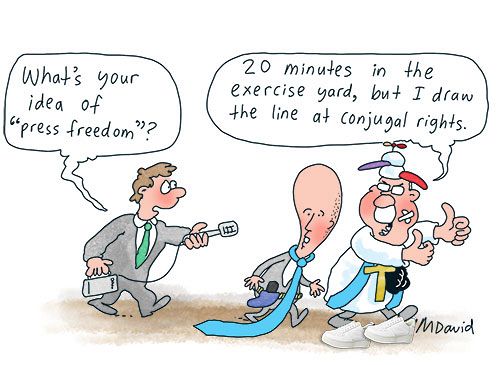 Press freedom in Australia weak and getting weaker

Another global agency has found freedoms in Australia are declining under the current Coalition Government.

What then is the lesson here? The first is that Kylie needs to be freed. This case has been shocking given the institutional silence, including by her employer, Melbourne University. A number of academics have begun speaking out and you can sign the petition here. The media flurry this week has been in response to the fact that Kylie was moved from a Tehran prison to a desert prison in a sign of further torture, debasement and discouragement.

Quite simply, it does not look good and there is a political and activist failure here to reflect on as well. Our efforts have not yet been enough, which reflects the Government’s own muted response. Kylie is simply a pawn in geopolitical machinations.

The point, however, is not only that the public must redouble its efforts to free Kylie. It is that Kylie’s case is an entry point to other issues concerning freedom of expression. This most especially includes other Australians currently detained overseas, including Yang Hengjun, Chau Van Kam, Julian Assange and more. They all deserve media attention, too, with the aim of gaining diplomatic support and the result being release from prison.

And yet, writers in prison is only the apex issue here. There is so much to be concerned about when it comes to the politics of expression. In Kylie’s context, this includes other attacks on university, inclusive of cutting programs and the diversity of teaching, the silencing of dissent, the precarity of labour and the tenuous circumstances for academics in general.

When we probe freedom of expression further, we see that it also matters to the collection and storage of personal data, the power of multinational platforms like Facebook, Twitter and Google and the circulation of information through digital means. This is to say nothing of the ongoing concentration of media such as we see in Australia with Rupert Murdoch. There is also the issue of the control of the ABC and the role of the public broadcaster that should concern us. 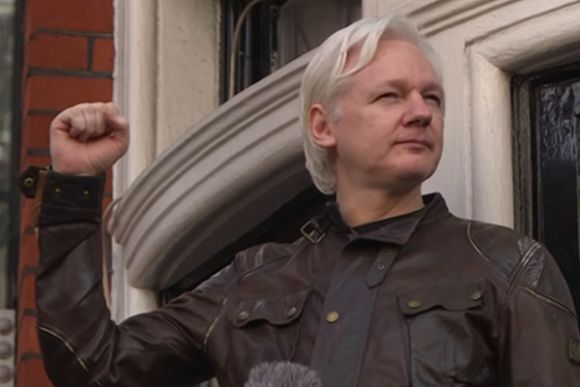 Sara Chessa reports on the first week of extradition hearings in the Julian Assange trial.

If university and media are issues that emerge from looking at Australians imprisoned overseas, we must also think more broadly. This includes questions of linguistic rights for minorities, especially First Nations people in our justice system. There is also the defunding of literary journals by the Australia Council, secret trials in the “national interest” and the ongoing question of representation and racism attached to COVID-19. Taken together, all of this matters for the type of democracy we live in.

Kylie Moore-Gilbert is a case that should concern us all. It is not only a matter of an Australian citizen, young and vulnerable, locked up in deplorable circumstances overseas. It is also how this connects to other issues of freedom of expression here and internationally. We must continue to defend the right to responsible speech, to create the conditions in which divergent views are heard with respect and continue to think about how information supports our most vulnerable at a time like this.

Our immediate goal must be Kylie’s unconditional release and that is the responsibility of Minister Payne, even if she has been missing in action on this issue. As part of a wider campaign, we need to become more active in ensuring our world is far safer to consider different ideas without the hostility that is becoming commonplace.