The release of an Australian journalist detained in Beijing would be an important step in alleviating tensions between our nation and China, writes Dr Robert Wood.

THERE HAVE BEEN recent reports of the ongoing mistreatment of Yang Hengjun, who is an Australian journalist currently detained in Beijing. In my capacity with PEN Perth, I have been following Yang’s case since last year.

It is important for readers of Independent Australia to know about this issue, just as they have learnt about Kylie Moore-Gilbert. Yang’s case concerns freedom of expression and the plight of an Australian citizen overseas. It is topical now if only because he has spoken out about his torture and interrogation, also because of the arrest last month of another Australian journalist, Cheng Lei and the withdrawal of journalists Bill Birtles and Mike Smith. 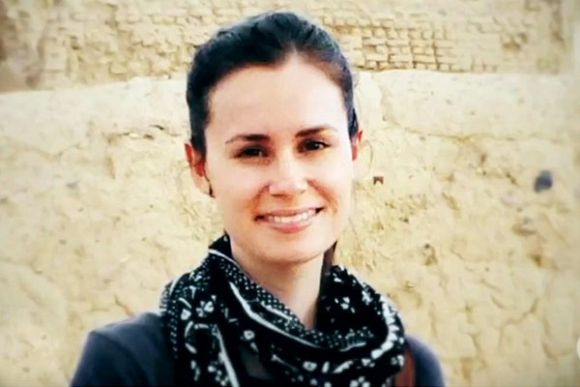 This includes an impact on internal state-federal relations in Australia, which one sees when Prime Minister Scott Morrison overruled Victorian Premier Daniel Andrews’ government decision to join a Belt and Road project signed independently between China and Victoria. Even Liberal ex-Premier of WA Colin Barnett was on the record saying Morrison had gone too far in limiting Andrews’ power. He stopped short of supporting Andrews, but he called a spade a spade and said this federal intervention is about China.

Such clarity from his federal colleagues would be admirable right now. Like WA Premier Mark McGowan, Barnett and other West Australian politicians show a level of savvy when it comes to our biggest trading partner if only because it is in our mutually beneficial interests to maintain the export of resources from iron ore to others.

A second worry is, of course, the influence of Chinese officials on freedom of expression as it happens here, which is seen most obviously in the case at the University of Queensland between domestic student Drew Pavlou and Chinese diplomat Xu Jie. I do think there is often a paranoid Right-wing nationalism that undermines a sophisticated discussion on what can, should and is said, but it has been pitched as a battle about liberalism and communism that undermines the realpolitik nuance that is needed at the minute. No matter where you come down on this side of the debate, what matters is whether it is conducted in good faith.

This matters, too, for other issues of freedom of expression and geopolitics in general. We cannot turn away from universal problems that happen on China’s soil, including in the western provinces. This is a human rights abuse on a massive scale and is happening in our lifetime, in real time. Millions of people have not seen their families, have not practised their religion, have been prevented from work, from language, from culture.

Australia has its own shameful record when it comes to the ongoing genocide of Aboriginal people include the removal of children and imprisonment of many and it is important to speak from a place of humility. But we can call for the better treatment of ordinary citizens in China as well, especially for Uighur people.

Returning to the case of Yang Hengjun, with which I opened this article, it matters to us here and now if only because he is still locked up. There have been reports of hours of interviews; of shackles, blindfolds, masks; of being detained in solitary confinement for days on end; of forced confessions; of violence and threats of execution.

Yang is a democracy activist and a scholar whose blog was deemed a threat to China’s ruling party. Where his fate matters now also acts as a barometer of what might come to pass between China and Australia. His case matters in and of itself, but also as a sign of geopolitical tensions. He, like Kylie Moore-Gilbert, is in the crosshairs as international governments work it out.

What does all that mean for ordinary Australians? It means we should watch what is happening with Yang very closely, just like the newer development with Cheng. We should put pressure on our own government to work harder for his release. We should make sure we can make amends with China and act as an intermediary in the superpower showdown between them and the United States. This is the beginning of a long and protracted power struggle that will determine the shape of the world for the next century or more.

Australians need to be prepared to learn a great deal more and to demonstrate sophistication and nuance about Chinese history, politics and culture. This matters if they are to re-negotiate the international landscape to their own benefit and that of everyone else. We can care about Yang and our own relations as well as the fate of a free people like the Uighurs, but it means our tone and tenor has to become as complex as the world we are living in.

After all, we need to remember that geopolitics often ensnares middling powers like Australia despite our best intentions. Good to hold one’s ground, but important to know one’s limits as well.

16 September 2020, 4:30pm The release of an Australian journalist detained in Beijing would be an important ...