Kathy Jackson and the 'Jacksonville defence'

While Kathy Jackson faces mounting allegations of Union embezzlement, she is now attempting to avoid legal action by claiming to suffer from mental health issues. Peter Wicks from Wixxyleaks reports.

Some things in life need to be taken seriously: one of them is the law and legal process and another is mental health.

On Friday in Federal Court in Melbourne, both of these things combined in a legal case that has descended into an absolute farce, which threatens to bring the Federal Court itself into disrepute if allowed to continue.

Presiding judge, Justice Tracey has shown remarkable tolerance and patience in granting the defence yet another week to mount a defence against what some have described as indefensible.

The case I’m referring to is the case the Health Services Union has brought against Kathy Jackson — the woman who claims to have blown the whistle on inappropriate spending of union funds while being completely unable to explain her own.

The HSU is suing Jackson for $700,000 of allegedly misspent union members funds — money that some of Australia’s lowest paid workers would rather see benefitting them instead of allegedly being used to continue Jackson's “millionaire lifestyle”, as she calls it when describing others.

Some readers may remember another article I published on 20 June about the absolute travesty in court that occurred during an earlier hearing of this matter.

At the time, Jackson was claiming to be represented by her partner, Fair Work Commission’s Tony Abbott appointee Michael Lawler.

In his capacity as a judge, Michael Lawler would be aware that one actually needs to front up to court to represent someone, however chose to make a ridiculous and, in the end, futile attempt to represent her in court via phone, with his voice being drowned out by the sound of birds.

Remember, this is a Federal Court procedure here I’m talking about, not a Jim Carrey movie.

This time around, Jackson chose to represent herself.

When giving Jackson one more week to comply with court orders, Justice Tracey described Jacksons behaviour as “not acceptable”.

However, it is Kathy Jackson's explanation of her failure to comply with legal obligations that has drawn the most scepticism.

Kathy Jackson told the court that she was under medical direction

"... to disengage from this process for three months."

Mental health issues are not to be taken lightly and if Ms Jackson is truly suffering from mental issues it would be unfortunate timing as this three months would also put her out of contention for cross-examination at the Royal Commission.

It is easy to see why there is so much scepticism of this claim, particularly if it relates to mental health issues.

For starters, by representing herself, she would seem to be breaking her own doctors orders.

Secondly, Jackson’s mental issues seem to have come just as she has been placed under severe scrutiny for her own behaviour, with her unexplained spending of union funds far exceeding the combined allegations against those she claims to have blown the whistle on.

The PM of our country thinks she's a "hero": "@Vermeera: Kathy Jackson rebuked by Federal Court judge - http://t.co/eEqJWvHhvt via @smh”

I am quite sure both Michael Williamson and Craig Thomson would have been under enormous stress when responding to the charges and allegations against them, however does anyone seriously think the public would have accepted a mental health plea from either of these men.

In fact, as I recall when Craig Thomson gave his famous address in Parliament, people were baying for his blood while at the same time as worrying if he was suicidal.

Incidentally the allegations made by Thomson in that address – namely those concerning Williamson, Jackson and Bolano – now seem far more believable, irrespective of Thomson’s innocence or guilt.

It is rather unfortunate that after years of public grandstanding – including blowing her own trumpet almost daily on TV and via radio shock-jocks, including the prolonged public derogation of all those who oppose her, the fronting up to court cases of her enemies and testifying before a Royal Commission – that she is now apparently suddenly afflicted by mental illness just as she is about to be asked the same questions she demanded others answer.

Some have pointed out that you can usually find a doctor to say what you want them to say if you look hard enough, however I do not intend to speculate or make any judgements on her choice of medical professional.

Mental illness is a serious issue and I think that we should not take the advice of a professional lightly.

In fact, I would go so far as to say that we should treat it with the utmost seriousness. Just as we should the workers compensation claim regarding the complete incapacitation of Marco Bolano from work related stress. 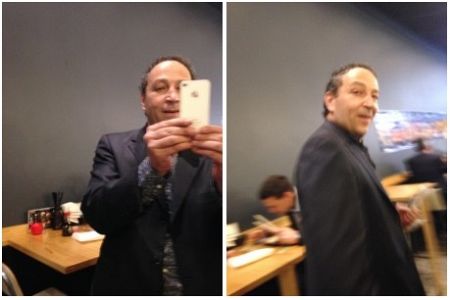 Mental health issues do seem rather prevalent within the Jackson faction.

Perhaps we should just call it the 'Jacksonville Defence'.

Catch up on the full saga on our Jacksonville page. You can follow Peter Wicks on Twitter @madwixxy.

Peter MacCallum scientists miss out on millions as Kathy Jackson cuts deal Remember how the Tories lionised her http://t.co/gUb1ySUcW9