As regular Independent Australia readers would be aware, Kathy Jackson was back in court to audition for Who Wants To Make A Deal and emerged with the deal of the century, despite being both guilty and convicted of fraud.

Jackson's deal was sewn up in court last Monday (5 October) after close to a decade ducking and diving from the media, the law and any kind of accountability. Given IA has been at the forefront of calls to see her before the courts to answer the mountain of allegations against her, we published an update last week on her conviction. 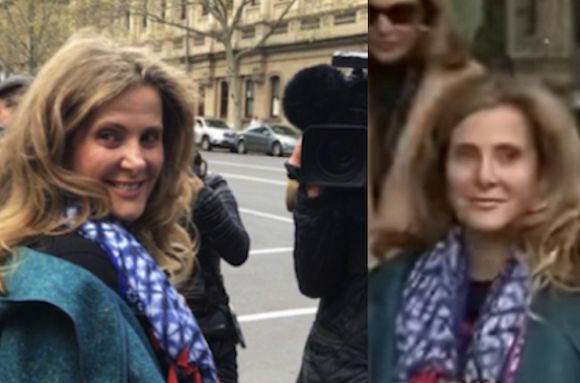 Yesterday, Kathy Jackson was convicted of charges related to the theft of over $100,000 of funds from the Health Services Union.

Many in the media have reported how Jackson looked after some of Australia’s lowest-paid workers and this is true in most cases. However, we wanted to point out that not everyone associated with the Health Services Union (HSU) was a low-paid worker. Three people spring to mind: Matthew Lawler, Donald Lawler and Rob Elliot.

Back in 2009, most of the HSU members in Jackson's branch would have been on the then-minimum wage of $14.31 per hour. There were two union staff members directly employed by Kathy Jackson, brothers Donald and Matthew Lawler, who, despite their young age and lack of experience were paid $24.14 per hour. By sheer coincidence, their father was none other than Michael Lawler, who had been appointed seven years earlier to the role of vice president of the Fair Work Commission (then the Australian Industrial Relations Commission).

Michael Lawler sat as the equivalent of a High Court judge at an organisation that presided over disputes involving the union where his sons were employed at an exceptionally good pay rate, according to their payslips which IA published exclusively. Conflict of interest, anyone?

Who knows why the exceptional pay rate? Maybe they shared their father's phone skills? 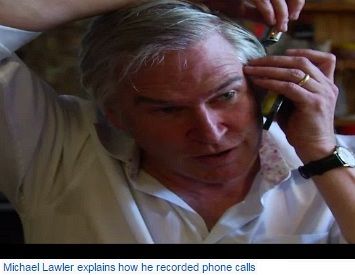 Four Corners on Lawler and Jackson: Car crash TV at its finest

Last night's Four Corners was not a puff piece, but nor was it full of revelations — instead it was car crash reality television at its finest, writes Peter Wicks.

Another HSU staff member paid handsomely was Rob Elliott. Rob was a secretary at the HSU and after resigning, signed a contract in 2010 with the union that saw him paid a tidy $150K per annum, plus generous benefits for ten years. But the best part was that he didn’t even need to show up. The contract was signed by Rob Elliott, Kathy Jackson and Michael Williamson. Again, the contract was published exclusively by IA while the mainstream media continued to sing Kathy Jackson’s praises.

One staff member at the HSU that thought she was a low paid worker was Kathy Jackson herself. While publicly she acknowledged she was on a substantial salary, Jackson clearly thought she deserved more, convincing the Union's business committee of management (BCOM) to sign off on a $63K honorarium payment (although the minutes to that meeting mysteriously disappeared). That’s a bonus of about three times the average total annual wage of the union members at the time. Most other union leaders responded with outrage at Jackson’s salary.

Speaking of Michael Williamson, it is hoped he has learned a thing a two about remaining calm and putting the past behind him. Reports that the deal Jackson has achieved for herself involves avoiding prison time must sound a bit like justice gone mad to someone like Williamson, who served approximately five years in prison. Particularly given it was for similar offences, related to the same union and over allegations of similar amounts of money.

Say what you like about Williamson – and while he may have deserved every day behind bars that he served – at least he did it with some dignity. They say there is honour among thieves, well, it appears Jackson may have missed out. Williamson faced his charges head-on, made his deal, copped it on the chin, packed his toothbrush and headed for the slammer — the time this took can be measured in weeks.

Jackson, however, has spent years dragging out court appearances, wasting court time and doing her best to manipulate the system. It is a sign of how long she has dragged this out that Williamson is now out of prison while Jackson is still yet to face sentencing.

While we’re talking about those who bear grudges, in the process of reporting on what IA dubbed the Jacksonville saga over more than eight years, we have butted heads with many within the union and in the mainstream media. Many in the media didn’t like that a light was being shone on their "heroic" whistle-blower and their chief source in their quest to utterly humiliate former Labor MP Craig Thomson.

We're pleased to report that at least one of those media representatives has publicly acknowledged our efforts:

Good work @madwixxy - you were right.

Thanks, Mike, we appreciate it.