Tony Abbott is using the atrocities of the Islamic State (ISIlL) to justify a warlike foreign policy, but ISIL did not emerge from a vacuum, writes Rodney E. Lever.

THE MAINSTREAM MEDIA and Tony Abbott’s ragtag band don’t want you to know this, but it is time to be realistic about the awful events that have taken place this year with the rise of the Islamic State of Iraq and the Levant — or ISIS for short.

The gruesome beheading of a young journalist gave the Murdoch papers a horrifying opportunity to expose a terrible crime in all its gruesome truth. But like so many events, the real story is hidden in a fog of duplicity.

It was enough recently to add one point to the dismal poll figures of the Abbott government. Then another point appeared when Abbott offered Australia’s flight of F/A18F RAAF Hornets to the U.S. for a joint attack on ISIS. President Obama wisely rejected the offer. He understood through his own sources how closely his presidential predecessor, George W Bush, was linked with the 2003 invasion of Iraq and how it has directly caused the multiplication of the wealth and power of ISIS.

The Islamic State is a land of some 60,000 square kilometres — about the size of Tasmania. It occupies an area between the borders of Syria and Turkey, and north-east of Baghdad. It gained both its size and its enormous wealth as a direct result of the Iraq war.

As one of the million or so who marched in every Australian capital city in March 2003 in opposition to the Iraq war, I had a personal interest in the protest at that time. The Australian Labor Party helped organise the March. Prime Minister John Howard called all of us traitors to our country. His decision to go to war, under pressure from Rupert Murdoch, was useless and unnecessary. All of us who marched were well aware of that.

John Howard, Tony Blair, George W. Bush and Rupert Murdoch were all instigators of an event that had not the least justification. There were lies about weapons of mass destruction that did not exist and there were lies about the Iraq leader, who had close links to the U.S. until the Republican administration decided they wanted to remove him.

Iraq remained occupied in the years that followed the war, until it established its new government, again principally under the auspices of the United States, supported by Britain and Australia.

While that was happening nobody seemed to notice that ISIS was forming a formidable new force in the region. It had occupied three cities in Iraq — Mosul, Tikrit and Falluja, well known for their resistance in the war.

Now ISIS controls all Iraq’s massive oil and gas fields in the new Islamic State. They supply oil, gas and electricity to most of the region, and water from the huge Lake Tharthar.

They took advantage of the uprising in nearby Syria, the beginning of a long and bloody revolution no less ugly that those of ISIS, and continuing even to today. More income comes from commandeering banks and extorting money from the wealthy and kidnapping for ransom. They have reclaimed American armoured vehicles, Iraqi tanks and modern weapons left behind from the Iraq war. ISIS became rich, totally as a result of that war.

Britain and Australia share with America the blame for its rise to power. Yes, they carry out with merciless brutality beheadings, crucifixions and tortures that the Murdoch papers now like to reveal in all their gory details, but fail to reveal that Murdoch himself, along with the three Western powers, shares some responsibility for what has happened.

ISIS is certainly exulting in its power. Their leaders have established their own state and see no difference between what they do and what the English speaking nations do when they opportunistically invade other countries.

The ISIS act in the nature of their religious beliefs and impose Sharia law because that is the way they and others of the Islamic faiths deal with criminals and enemies.

Australians and Americans in government must have known of the existence of the Islamic State but underestimated them and took no opportunity to prevent them rising to such prominence. Our media, similarly, gave us no real forewarning about its rise.

President Obama’s Republican opponents may criticise him for his stance, but their own history has never been clean.

Next year, Obama will be ending his term as president. Perhaps he will act to solve this problem. Otherwise, the most likely next president will be Hillary Clinton and we will have to wait and see what she can do. 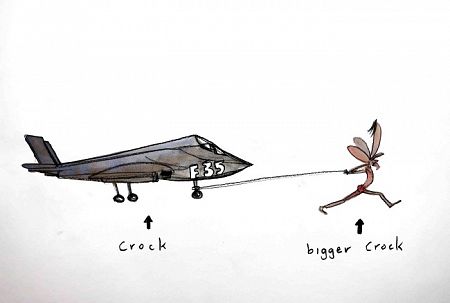