Punishing inequality for the poor and increasing power for the wealthy is becoming the new normal in Turnbull's Australia, writes Patrick Keane.

INEQUALITY IS RISING because the private sector is colonising public space.

Inequality is an intensely political subject because it is about power.

This was demonstrated by the reactionary media attacking the Leader of the Opposition Bill Shorten's commitment to addressing inequality.

Treasurer Scott Morrison responded to Shorten with the implausible claim that inequality in Australia was actually reducing.

Australia has greater inequality now than any time in the last 50 years and it’s getting worse.

Family Trust crackdown https://t.co/73VOU2MAC6 Basically, if you aren't being dodgy nothing to fear #AuspolPunters #inequality

Australia's wealthiest 10% own 45% of all the wealth and the gap is getting wider.

At the bottom of the scale, for the poorest 10%, real wages increased by only 14% over the 25-year period.

Andrew Leigh and Pamela Katic's work on income inequality (2013), and Thomas Picketty's research on private capital and the public space (2014) illustrates the trajectory of inequality and the privatisation of capital as indicated in the graphs below.

Figure 1 shows the top 1% own more of the wealth in Australia, the UK, France and Sweden now than at any time since the 1960s:

Capital in rich countries has steadily been privatised since the 1970s as shown in Figure 2: 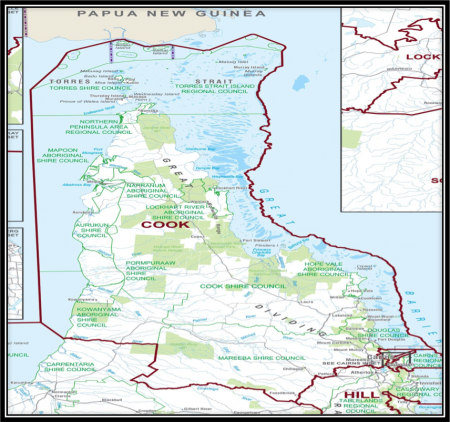 Unions are important drivers of equality in Australia.

They are effective because the power of collective bargaining balances the inequality in power between a worker and a global resource giant or a media magnate.

Unions also drive equality through redistributive wage demands and they drive the equitable distribution of wealth through the political system, like support for legislation closing loopholes for the world’s worst tax cheats.

The creation of the Australian Labor Party in 1891 was also a means to redistribute income and power through parliamentary means.

Declining union membership means less power for the public at a local level, such as in the workplace, as well as at national and global levels.

Inequality expresses itself in issues of race, gender and sexuality because the First Australians, women, LGBTI+ folks and others considered less “equal”, are marginalised by the powerful, often despite the best intentions or efforts of the “powerful” to help them.

IA's Natalie Cromb explains the inequality that forms the basis for the relationship between Indigenous and non-Indigenous Australia in 'Drowning in White privilege'.

'Each and every non-Indigenous Australian benefits from the special racism reserved for the First Nations population — one which denies our history, rebuts our voices when we speak against racist oppression now and implements policies to maintain the subversion we have experienced for over 200 years.'

The gender pay gap in Australia is about 16% and has not significantly reduced over the last 20 years.

Australian Institute of Criminology research connects discrimination and violence towards LGBTI+ Australians to the laws of the state. Specifically, the research shows that because the right to marry whomever one chooses is denied to one group, they are perceived as outside the mainstream and therefore not as “equal”.

The authors defined an Islamophobic incident as

'... any act of abusive hatred, vilification and violence inflicted on Muslims going about their daily lives.'

There were 243 Islamophobic incidents between September 2014 and December 2015. Almost three-quarters of those behind the abuse were male and 68% of victims were women. More than 30% of the women attacked were accompanied by a child at the time.

It is no accident the people who are most often the targets of discrimination and violence are also the most powerless in our society.

The most powerless in our society are sinking further and further beneath the rising tide of inequality.

Because of this lack of power global resource giants, for example, believe they can act with impunity and examples of corporate greed are a part of everyday life in Australia in 2017.

In Victoria, 200 families are fighting for their pay and conditions against Esso Australia because the company is trying to force workers into an agreement that would see workers’ pay cut by up to 30%.

In Queensland, another global resource giant, Glencore, is trying to rewrite the rules for workers. Glencore expects workers to sacrifice current entitlements, conditions and rights while it remains one of Australia's worst tax dodgers.

Inequality is rising because the public lost power to corporations as union memberships declined and the power to bargain collectively diminished.

#centrelink unemployment benefits are so low they're punishment & abuse, an ideological attack on the poor #auspol https://t.co/PfxBFyPJTo

In Australia today, 40% of all workers are employed in insecure work with few or no rights. This is the second highest rate across developed countries. These workers have few bargaining rights, limited access to childcare and no access to sick leave, carers or annual leave.

Women, who make up 55% of all insecure workers, are up to ten times more likely to be subject to sexual harassment and bullying than their coworkers who enjoy secure work.

Australia became even more unequal when the Prime Minister Malcolm Turnbull cut penalty rates for workers in hospitality, retail and pharmacy to be phased in over the next few years.

The total wages share in food and accommodation, an industry claiming penalty rates were making them unprofitable, has actually fallen to 78% in 2013-14 from a peak of 87% in 1997-98.

Hundreds of thousands of Australian workers, like Maire O’Connor and Margarita, are going to lose their penalty rates and risk losing their homes and their families.

Malcolm Turnbull doesn’t care. He doesn’t even know their names.

A sombre Malcolm Turnbull called a news conference at the weekend to inform Australians of another thwarted... https://t.co/gpIFbgCWM7