ON MONDAY, Adani Group announced early works on the Carmichael mine would begin in October.

Australia’s big four banks have ruled out investing in the Adani-Carmichael mine so why do Federal and State governments want to use our money instead?

Although Federal Leader of the Opposition Bill Shorten committed not to spend public money on Adani during the Federal election campaign last year, the royalty deal struck between the Queensland Labor Government and Adani is effectively a subsidy of as much as $700 million to the Indian mining giant.

BREAKING: Adani bullying our Govt into a $1bn loan by starting construction before they have finance! #StopAdani https://t.co/gfkkrf9i5Q

The mine isn’t commercially viable.

If the mine was commercially viable then it wouldn’t need public financing because investors like money.

The public cannot afford to be financing the white elephants of the Federal and State governments.

Although unemployment in metropolitan Queensland has been improving since the last State election in 2015, in regional Queensland it is still rising. Unemployment in inner city Brisbane is currently 4.3% but in the Queensland outback, the average is 13.5%.

Queensland cannot afford to waste more money. Is there a better way to spend $1 billion?

What is the opportunity cost of public funding for Adani?

Because Adani Group’s Australian corporate structure is not exactly transparent, some of the benefits and costs are difficult to precisely identify.

The reality is that since the end of the mining boom coal has been a minor contributor to the Australian economy. The age of fossil fuels is over. 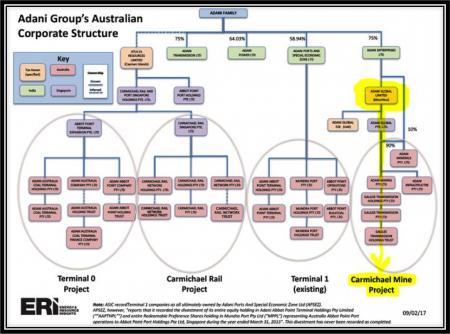 We know one of the costs is the deferment of royalty payments granted to Adani by the Queensland Government. A royalty "deferment" fulfils the definition of a subsidised loan.

A recent economic analysis by The Australia Institute calculated that at current coal prices a royalty holiday for Adani could see the Queensland Government loaning Adani at least $370 million and as much as $700 million — depending on coal prices and what scale of mine goes ahead.

Instead of Queenslanders benefiting from revenue made by the mine, we are likely to continue to subsidise its operation. For the Queensland State Government, car registrations are a bigger revenue earner than coal.

The world’s largest economies – the USA and China – announced moratoriums on new coal mines in the wake of the Paris COP 21 Accord.

Although the new American President Donald Trump is undermining the Paris Accord he cannot stop the transition of the American or the global economies.

Trump’s claims that he has returned coal miners to work is as implausible as Gautam Adani’s claim that he is bringing jobs to Queensland. The Adani group has been eager to convince Australians their mine is bringing jobs and have established an impressive marketing network.

At the Gladstone Observer, a regional Queensland daily, one can visit a "jobs portal" sponsored by the Adani Group. The portal repeats the spurious claim made by Adani that "10,000 indirect and direct jobs may be available with the Carmichael coal mine".

But Adani’s expert witness, Dr Jerome Fahrer, admitted, in court in 2015, the mine would create an average of only 1,464 full-time-equivalent jobs a year — not the 10,000 jobs figure more commonly associated with the project.

The reality is there are few jobs in coal mining anymore and there will be even less soon. Since 2012, nearly 20,000 jobs have been lost in the coal industry. McDonald's in Australia employs more people than coal. Automation, such as driverless trucks, is continuing to limit employment opportunities in mining.

Another proposed benefit of the mine was relief for energy poor Indians. However, subsidising the world's energy poor does not fit with the commercial purpose of the Carmichael mine.

Mr Adani said at the conclusion of the Australia-India CEO forum in New Delhi:

"Imports of high-quality resources to augment domestic mining will be required."

"We do not wish to import any coal from anywhere in the world."

Most of the costs of the Adani Carmichael mine are so clear they are stark:

Investing in #Adani is NOT what overwhelming majority want - plus economically it's a huge opportunity cost https://t.co/aIISYXV8nC @smh

What is less difficult to see is the opportunity cost of the mine. In addition to the devastating economic impacts the mine will inevitably accelerate, there are the jobs and infrastructure we could have built instead.

By subsidising an extinct industry, Queensland is missing out on the opportunity to rebuild and renew the communities that are struggling to stay afloat in the wake of the mining boom.

New documentary launched: Guarding the Galilee – inside the fight to #StopAdani coal. Watch the trailer, more at https://t.co/gMRrACNF2f pic.twitter.com/hcHSBYEuJz

Although some places like Aspley or Ashgrove (now called Cooper under this year’s redistribution of electoral boundaries) recovered since peaking unemployment across the State, there are regionalised examples of unemployment.

In Queensland’s far north, the State electoral district of Cook is experiencing rising unemployment — in 2012 the unemployment rate was 11.3%. By 2012 it had risen to 12% and in December last year, unemployment in Cook reached $14.2%.

What would a plan for jobs in Queensland look like?

Already the Palaszczuk Labor Government has spruiked a “jobs bonanza” with more jackpots of jobs to come presumably once the election is called. But the Queensland Government proposed no new renewables projects in the last budget.

And in the State's far north there is simply a promise to deliver a $386 million Powering North Queensland Plan to strengthen and diversify the North's energy supply.

Queensland Opposition Leader Tim Nicholls offers little vision for Queensland except that he isn’t former Premier Campbell Newman. Nichols proposes no new innovative projects to renew regional Queensland and he even stopped short of ruling out more asset sales if elected again. Privatisation of power generation is one of the reasons the price of electricity has increased for consumers.

Meanwhile in South Australia and Huinan

Port Augusta, like many places in regional Queensland, was stuck between the old economy and the new.

Construction of the $650 million plant will start in 2018. The plant will be one of the biggest in the world and deliver more than 700 jobs.

In South Australia’s mid-north, Neoen's 99-turbine wind farm at Hornsdale will generate energy to be stored in Tesla's new 100MW battery near Jamestown. 70% of the battery’s generation is to be reserved for government use and the remainder released to the market.

For about the same price as the Adani loan, Queensland could build two solar plants on the same scale as South Australia.

In China, the coal rich city of Huainan, by one 2008 estimate – home to nearly a fifth of all of China’s coal reserves – built the world’s largest floating solar farm atop a former coal mine. The China Daily reported the farm began generating electricity this month. The 40-megawatt power plant consists of 120,000 solar panels covering an area of more than 160 football fields. The $45-million investment could help power 15,000 homes. 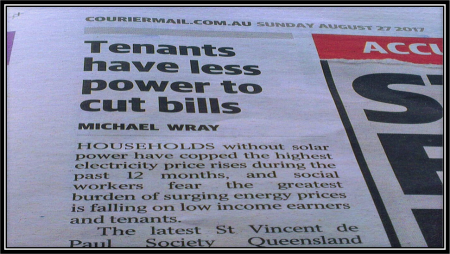 The Queensland Government submission to the Inquiry into the Northern Australia Infrastructure fund says:

The NAIF Act and the Investment Mandate requires that the Queensland Government be consulted on any projects under consideration for financial assistance by the NAIF Board for which there is an Investment Proposal.

The Facility must commence consultation with the relevant jurisdiction as soon as practicable after receiving an Investment Proposal. (NAIF Investment Mandate, Section 13(1).)

It also outlines that the Queensland Government has the right to veto any projects by the NAIF board:

The facility must not make an Investment Decision if at any time the relevant jurisdiction provides written notification that financial assistance should not be provided to a Project. (NAIF Investment Mandate, Section 13(4).)

At the time of writing, the Queensland Government has yet to receive an investment proposal from NAIF for consideration.

The Queensland Government should join the 1.5 million Australians, so far, who are part of the movement to stop the Adani mine.

The Queensland Government should scrap the royalty deal with Adani. Further, the Queensland government has the power to veto any loan to Adani by the Federal Government through NAIF and should do so in order to renegotiate a better deal to build renewable energy infrastructure that also rebuilds the communities that are languishing in the wake of the mining boom.

Read the Queensland Government's submission at the Inquiry here.

Adani's reputation was bad. Last week, it got even worse. (Source: @StopAdani.)