In the climate movement, women are failing women on #MeToo

I am no spring chicken, so when I joined Extinction Rebellion, I felt like I was ready for the rough and tumble of volunteer activism.

From previous experience in the environmental movement, I knew that activists could do more harm to each other than, say, the police, but little did I know that I was about to be treated in a misogynistic way by ecofeminists.

I was part of the flamboyant rise of Extinction Rebellion in 2019. Millions gathered globally to demand action on climate change. Like many others, I was driven by the understanding of climate change as a dire threat to human existence. As a child during the Franklin River campaign in Tasmania, I also knew that "people power" could bring about change.

I became part of Extinction Rebellion Tasmania and took on a coordination role in one of the working groups. Working groups are designed to support activists through events, media, outreach, art and the like. Unfortunately, taking on this role put me in regular contact with a man who would not take "no" for an answer. I was experiencing harassment.

This situation came to head when it became apparent that another woman in the same working group was having similar issues. I phoned the then State Coordinator Tristan Sykes and he called a Regenerative Culture coordinator – the group responsible for the well-being and safety of Extinction Rebellion activists – and the man voluntarily left the organisation. 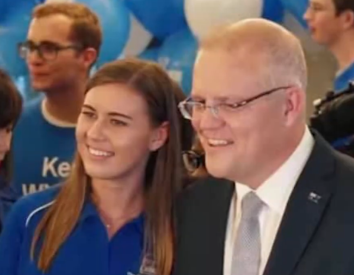 A straightforward ending you would think. Except that this is when things got strange for me. There was a change in how some people interacted with me: fellow activists seemed keen to maintain distance, acted as if they knew uncomfortable things about me and appeared suspicious of me.

This is not an uncommon experience for women in these kinds of circumstances. Speaking from personal experience, climate activist Meera Ghani describes how speaking up can be used to disempower women. Instead of leading to justice or resolution, it results in alienation and ostracisation.

Rumours started coming back to me: that I enjoyed the repeated advances from the man; that I propositioned him and not the other way round; that I met him for a drink after I had made that phone call; that it was me with a personal problem; and that I was part of a "side" in Extinction Rebellion running a problematic, alternative agenda.

In my working group, we continued to build capacity for supporting activists and climate action, yet my role as a coordinator appeared deliberately undermined. When I asked that an internal communications process – developed by the working group and approved by a coordinators group – be promoted in a newsletter, the feelings I had and the rumours that I had heard, took concrete form.

Via email, I was told that I was not trusted and that the working group was disbanded. This email was abrupt and blunt, despite being the first direct communication in this regard. This email also overlooked that I was working productively with many activists in Extinction Rebellion. Effectively I had been "sacked".

It came from a woman and was supported by other women including some involved with Regenerative Culture: the "caring" arm of organisation.

Within weeks, the man at the centre of the complaints was back in Extinction Rebellion and had replaced me in my role as the working group coordinator. 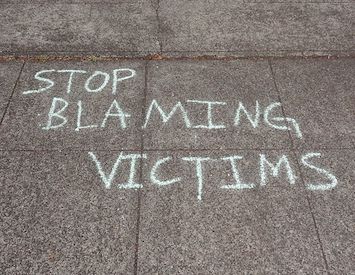 Victims have no energy for blame or public accusations because society only rewards confident, hopeful, positive and compliant women.

While few people spoke up on my behalf, Tristan Sykes tried to seek fair and appropriate resolution through Extinction Rebellion Tasmania, Australia and Global. He was ignored or blocked at every turn.

This story reads like a script, a script from the misogynistic playbook. Yet, what makes this distinct is that it happened in the progressive left and was largely enacted by women, many of whom identify as ecofeminists.

What I did next also reads straight from the script: I walked away, I stayed quiet and I got on with other things. I bottled up the shock and hurt and did not examine my feelings of humiliation.

That was until International Women’s Day 2021. Extinction Rebellion Tasmania organised a women’s climate march using the suffragettes as a centrepiece. A comment was removed from Facebook questioning the validity of this given the mishandling of sexual harassment complaints within the organisation, and I, finally, spoke up and requested an apology.

The script kicked in again. Over the last three months and after repeatedly being referred to an irrelevant Extinction Rebellion "safe space" policy, I have been characterised as unreasonable, as not speaking up in "the right way" and even as a bully, and there have been multiple attempts at silencing and censoring me and others. When that has not worked, a strategy of "ignore it and it will go away" appears to have been adopted.

I am told there are many in Extinction Rebellion who support me, but only a handful speak up.

Perhaps unique to the climate and environment movement, there is a sense that I have broken an unspoken code: that the cause comes first no matter what and "making a fuss" about anything else is nothing but petty, vindictive and self-serving.

In a changing climate, we must do better than this. Climate change is a social justice issue as much as anything else. Marginalised, disadvantaged and dispossessed peoples and places are already bearing the brunt of impacts, and the climate movement, in part, is a call to arms for climate justice.

Extinction Rebellion Tasmania was correct in foregrounding links between women and climate vulnerability on International Women’s Day. It would just be a lot more convincing if they walked their talk.

Me Too identifies misogyny as a social problem embedded within our culture and changing this is a work in progress. Women speaking up empower other women, and since speaking up, some have contacted me with their own stories. These include stories from the climate and environment movement where women are the perpetrators of misogyny.

Like others, I am still waiting for an apology.

Dr Kate Booth is a Senior Lecturer in Human Geography at the University of Tasmania and an environmental activist. This article is written in a private capacity and does not reflect the views of her employers.

In the climate movement, women are failing women on #MeToo

29 July 2021, 12:00pm I am no spring chicken, so when I joined Extinction Rebellion, I felt like I was ...
Join the conversation
comments powered by Disqus
News updates