Rebecca, the mother of the boy hogtied by paediatrician Dr Neville Davis, finally speaks about the family's horrific ordeal — and their betrayal by the authorities. (Written with Fiona Barnett)

MY SON IS DYING.

That is the most important point to remember in this story.

My child has a rare form of epilepsy and is one of only 104 cases diagnosed worldwide. His condition is characterised by ‘absent’ seizures. The seizures typically last up to 45 minutes and are difficult for the untrained person to detect. The seizures are stress-induced and they cause the calcification of my son’s brain.

When my son was five years old, doctors discovered that he had chronic coeliac disease. Placing him on a gluten free diet instantly stopped the seizures. He was seizure free for 2.5 years. If my son had remained seizure free until puberty kicked in, there was a very good chance that puberty would have stabilised his condition such that he could have led a normal life.

In October 2012, I took my then 7-year-old son to see paediatrician Dr Neville Davis at his private practice in Southport. I asked Dr Davis whether my son had Aspergers. As a means of diagnosing for an autism spectrum disorder, Dr Davis fetched a length of rope from the drawer of his consultation bed, hogtied my son with the speed and expertise of a cowboy at a rodeo, and later sat on him until he became hysterical.

People have criticised my reaction to Dr Davis’ assault of my son, namely my photographing the incident instead of immediately stopping it.

Until you are in a crisis situation, you do not know how you will respond. In an unexpected situation, people resort to instinct as there is no time to thoroughly plan your reactions and analyse the consequences of your options.

In my case, when Dr Davis began tying my child up, I had no idea of where the scenario was heading.

My son and I had recently escaped from domestic violence perpetrated by my ex-husband. Owing to my DV experience, when Dr Davis began tying my son, my first thought was:

“I need evidence because no-one is going to believe me if I tell them.”

Because I was holding my phone, I thought to take a picture of the hogtie.

Because I took photos, I have been accused of being complicit with my son’s assault.

But people should not confuse gathering of evidence of a crime with agreement with a crime. As the media has shown, my son is not the first victim of Dr Davis. Had the previous victims’ mothers taken photographic evidence at the time, perhaps this would not have happened to my son.

Immediately following the hogtie incident, my son began suffering nightmares. His seizures also returned. Consequently, over the past 16 months, I have witnessed my son deteriorate from a normal boy with average grades at school, to a mentally retarded child with seriously impaired academic performance. Recently, my son lost his ability to write. His memory is suffering and he constantly expresses anxiety.

Last December, one of Australia’s top paediatric neurologists informed me that my son’s condition is terminal and that the calcium deposits in his brain have spread.

At the time of the hogtie incident, my son was attending Varsity College, a state school located on the southern Gold Coast.

I told numerous people at the school about the hogtie incident, including a police officer and school staff. These people showed no interest in my son’s assault. When a detective was eventually allocated to my son’s case, she expressed anger at Varsity College staff for not adhering to mandatory reporting legislation.

My replacement paediatrician reported my son’s hogtie assault to AHPRA, the national organisation that administers the Queensland Medical Board. AHPRA requested my permission to access any medical files in relation to the assault. I did this, and provided AHPRA with the photos of the alleged assault. Despite having this evidence, AHPRA failed to take any action against Dr Davis — until the media published details.

Upon the publication of my son’s alleged assault, the Queensland Police stopped communicating with me about my son’s case.  For the past eight months, police have provided me with misinformation, such as the wrong court appearance dates, have not informed me of any of the proceedings and, on four occasions, the police have not told me when my son’s matter was due to appear in court.

On one occasion, the police failed to even turn up to a court sitting to represent my son. On that occasion, the judge criticised the police for having pushed my case to justice mediation without having taken the appropriate legal steps and providing the judge with the required documentation.

I have been forced to drop the charges against Neville Davis and opt for justice mediation.

The first I heard of attending justice mediation was when a police officer phoned me and said:

“I think is the way to go. It will be less stress on you and your son. It can be dealt with quicker without having to go through the courts, which could take up to two years.”

The officer sent me a vague email and attached scan of a flyer which gave a small amount of information about justice mediation. I never heard from that officer or any other again.

The Queensland Police left me feeling as though I had no option but to attend justice mediation with Neville Davis. I felt they were not interested in fighting my son’s case.

I got myself a lawyer who during our first meeting told me more about the legal process I was engaged in than the police ever did. My lawyer advised me that the police were more on Neville Davis’ side than mine because Dr Davis was the police’s first choice when they needed a medico-legal reports written in child abuse cases.

At this point, my mind turned to the injustice that my childhood family suffered when my older brother was hit by a drunk driver. My brother was left a vegetable, whom my mother had to nurse for 10 years before he died. The 19-year-old drunk driver who hit him was a police officer’s son and he only received a 12 month suspension on his licence as a penalty.

Four months after my brother was hit, the same perpetrator killed a 5-year-old girl while again drink driving.

This experience left me knowing what not to expect from the justice system.

I am appalled at the inappropriate behaviour of certain justice mediation staff of the attorney general’s department.

One male staff member insisted on interviewing my son alone, when police had already formally interviewed him. This same man creepily told me that he would be “blood brothers” with my son by the end of his planned meeting with him.

I declined to give this man access to my son, who had recently cried to me:

“Mummy why do you always put me with men who hurt me?!”

It’s one thing to be mistreated by the justice system, but it’s another to be victimised by the public education system.

After my son’s school got into trouble with police for not adhering to mandatory reporting legislation, all hell broke loose for me and my kids at Varsity College. Varsity College was vying for independence and so my son’s assault case threatened their reputation and chances of being granted this.

At the time, I had been voted onto the school’s P&C committee. I was popular with parents because of my devotion to the school and the fact that I had alone raised in excess of $20,000 in funding for the school. I also had an impeccable two year history as coordinator of school banking.

Following my son’s assault, I became the victim of bullying at the hands of certain school staff. One Varsity staff member breached various legislation by identifying my son as the victim of the hogtie crime on a social media site. On this same site, the staff member wrote offensive and defamatory comments about me and in favour of Dr Neville Davis’ actions.

The school suddenly asked me to stand down from all voluntary positions within Varsity College and they advised me to use my son’s disability as the public reason for my withdrawal from school life. When I refused to do this, the school accused me of theft and of being incompetent without any evidence to support their accusations.

I complained about my mistreatment at Varsity College to the state minister for education, John-Paul Langbroek. I sent multiple letters of complaint to the minister, however he failed to respond to any of my complaints. Instead, the school escalated in their victimisation of me and my children.

Varsity College began academically penalising my kids, whose grades suddenly dropped from a B average to D’s and E’s. My children were psychologically harassed for petty reasons that were never justified.

The school denied my son special needs educational intervention, such as an occupational therapy (OT) assessment. The school tried to prevent my son from taking the Naplan testing. I objected to this and insisted that my son sit the tests so that there was evidence of his academic needs.

During my son’s Naplan testing, the school made him leave the classroom on several occasions. The resultant Naplan results are too high and inconsistent with all other measures of his academic performance, including his straight E report card.

The school also medically neglected my ailing son who had been hogtied. 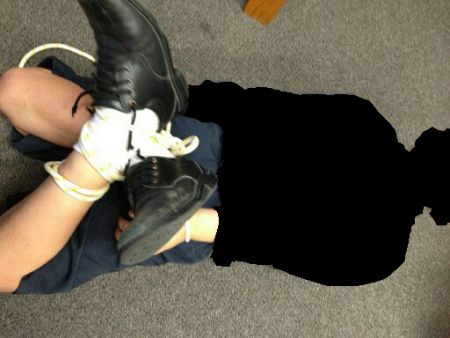 Following an incident where staff failed to realise that my son was experiencing a seizure, a government epilepsy organisation offered the school a free training seminar. The school refused to be trained. Consequently, my son’s regular seizures went undetected and often he would return home with wet trousers, which is an indication that a seizure had occurred.

Owing to the Education Minister’s lack of intervention, plus my concerns for my children’s physical and emotional well being in Varsity College’s care, I was forced to withdraw my children from their local school.

The education department refused to place my children in the next closest school, so that I could quickly access my son in an emergency. My children were placed in a school which is an inconvenient and unnecessary drive from my home. However, I must add that the new school has made efforts to care and cater for all of my children.

I am making my story public because I think that this should not happen to another parent. I have been failed by the medical, legal and education systems and consequently am appealing to the public for support and understanding.